Sometimes it’s hard to say goodbye to a world you’ve grown fond of. It’s even more difficult when you have to bid adieu to a cast of characters that make you smile and laugh. The world of Arland has finally reached its peak, and Atelier Meruru: The Apprentice of Arland marks the final farewell to the trilogy. The question is: did Gust pull out all the stops to make Meruru’s adventure go out with a bang?

Players assume the role of Meruru, a young princess of the Kingdom of Arls whose dream is to become an alchemist like her heroine, Totooria “Totori” Helmold. Having spent copious amounts of time in Totori’s workshop, the Princess of Arls becomes fascinated by the power of alchemy, and begins to forget her duties as heir to the throne. When alchemy becomes more than a distraction, Meruru is summoned by her father to give up her newfound passion and accept the possibility of Arls merging with Arland to become an even larger kingdom. Upon calling the King of Arls a “poopyhead,” Meruru is given three years to prove that alchemy has the power to develop the Kingdom of Arls as well as help the lands surrounding it prosper.

In terms of story, Meruru’s is one of perseverance and positivity. Her desire to develop Arls into a population powerhouse is admirable. However, what Meruru’s narrative lacks is a personal purpose beyond kingdom development and supporting her people. Meruru is very personable, and the interactions between her and the supporting cast are delightful, charming, and laugh-out-loud hilarious. The character development is quite strong, but the overall plot lacks a certain spark that was present in prior entries. Those who have played the previous Arland games will certainly enjoy the light-hearted tale and humor, but may find more joy in the event sequences than the merging of the two kingdoms. Still, NIS America’s superb localization work gets the job done, and there are tons of worthwhile events and plot hooks worth exploring. With multiple endings to uncover, there’s tons of replay value that gives the story enough of a boost to still make the experience pleasurable.

One issue outside of the game’s overall story is that once again the special story events are much more difficult to uncover. Considering the amount of time players will likely spend outside of Arls, it makes finding the event sequences all the more challenging. In some cases, events will not trigger unless a previous event in that set has been seen. It’s difficult to know when these special events will become avaliable to players and it can get disheartening going days on end without having advances within the subplots. When events can be found, they flesh out a lot of the game’s characters, making them feel far more personable than they are in the main plot. 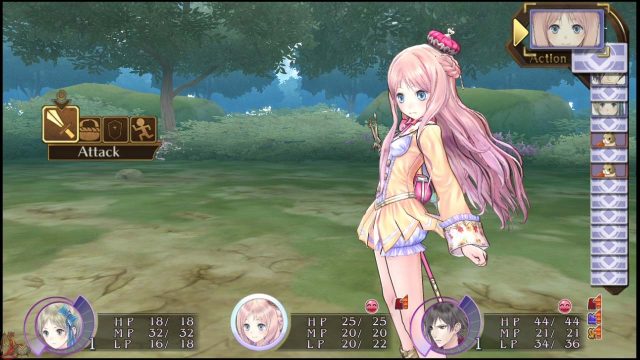 Meruru has a ton of sass, and she plans to kick your ass!

If there’s one thing Gust knows how to do, it’s making constant improvements to the gameplay. Although the initial goal is three years, once that has been surpassed, the game extends to an extra two years wherein Meruru has the opportunity to focus on making Arls into a cultural powerhouse. While the development system appears in Totori, it’s taken steps further and has become a far more expansive structure wherein players must complete tasks and then build new properties in order to gain more popularity and population. The goal of the game is to have a high popularity rank and expand the population of Arls so that it will show itself to be a developing nation.

Every area that Meruru explores on the map has assigned tasks that earn her development points. These assignments are given to her by citizens via mail or directly through the palace. These responsibilities may be cleaning out areas of monsters or bosses, synthesizing items to help an area prosper, or performing minute tasks such as using items in combat or fleeing from battles a set number of times. As goals are completed, a set number of points are given and players can than decide what they wish to build on the world map to develop Arls. As players develop the world map, the overall area expands and more areas can be explored and further developed. This system is so addictive that players will easily find themselves attempting to complete each and every goal to expand Arls as far as possible. Players have the freedom to develop Arls in any way they desire. Although the time management aspects are still present, the game is lenient about it. That does not mean players should ignore the time intervals, as it is very easy to lose track time if one is careless. The benefit of completing tasks is that they provide passive bonuses either to Meruru or a developed area, such as stores supplying new items and the areas graphically expanding. Considering how gorgeous the environments are in Meruru, it’s amazing to see how different areas change as they are developed.

Speaking of development, the battle system in Atelier Meruru has also had some improvements made. While it is still a turn-based affair and makes use of the HP/MP/LP system introduced in Totori, Meruru can call for protection or ask for assistance during combat, and her companions can now perform follow-up combos when their gauges are full. These follow-up attacks add an extra layer of strategy, and definitely help in terms of piling the damage onto enemies during tough situations. In Meruru’s case, using synthesized items is key to success in battle and making sure she is well-stocked before exploration is critical. Meruru also offers some challenging boss battles that are worth the effort in completing, as they offer wonderful ways to earn development points and other superb bonuses. The evolution of turn-based battles in Meruru shows that Gust wanted to make the combat a more engaging experience, and they succeeded on this front. 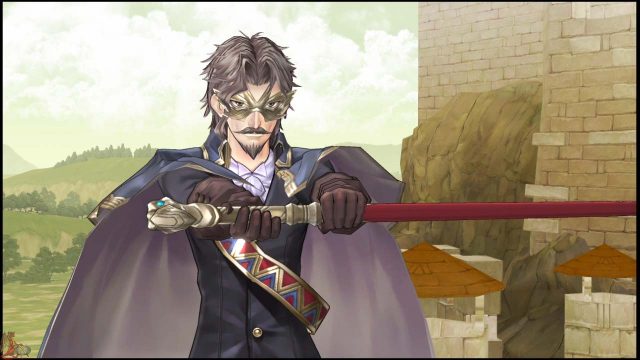 While many minor improvements have been made throughout Atelier Meruru, the alchemy system is nearly identical to its predecessors. The game sports the same easy-to-use synthesis system as previous games. Meruru can make as many items as her MP allows, after which she might need a nap to refresh. Each item gathered and synthesized has a quality ranking from one to one hundred, and better quality items are more desirable for use in battle and fulfilling requests. Once an item is crafted from a recipe, the player can bestow traits based off of a point value that will add to the overall quality of the item, providing bonuses in combat. Items created with lower quality ingredients will do less damage in battle as the game goes on, so it’s important to constantly upgrade materials to ensure the most worthwhile items can be used in battle. The alchemy system stays tried-and-true and continues to be as addictive as the previous installments.

Graphically, Atelier Meruru is absolutely gorgeous to look at. Every location showcases vibrant colours, bringing the environments completely to life. The rustic look of the game gives off a charm that most games cannot replicate, and even watching characters in motion is beautiful to look at — from the blades of grass swaying to Meruru’s hair blowing in the wind, the graphics stand out and make players feel immersed in the land of Arls. On the downside, however, Meruru‘s soundtrack is a step backwards. A handful of tracks have been recycled from the previous games and the newer tracks featured in the game, while lovely to listen to, don’t stand out as much as they could. On the plus side, the voice acting is much better in Meruru, though a few characters are still hit-or-miss.

It’s heartbreaking to have to say farewell to the Arland trilogy with Atelier Meruru. It’s not easy to say goodbye to a world you’ve grown so fond over the course of three games. However, Atelier Meruru gives me faith that the Atelier series will continue to grow and mature. Fans of the Arland trilogy will surely adore their experience with Meruru, but for newcomers, this may not be the best place to start if you want to get a feel for the entire world. Still, Meruru is the silver lining at the end of this wonderful trilogy, and it will no doubt bring joy and closure to the long-time fans who stayed along for the journey.