Longtime Atlus composer Shoji Meguro announced that he is running a Kickstarter campaign for Guns Undarkness. The game is a stealth strategy RPG being developed under his personal Megarock studio in partnership with Kodansha Game Creators’ Lab. The Kickstarter campaign will run from September 12, 2022, to October 15, 2022, with a $30,000 funding goal.

Guns Undarkness is Shoji Meguro’s first project since leaving Atlus and takes place in the year 2045 in a world devastated by nuclear war. Players are put in the role of a member of a Private Military Company, undertaking missions and trying to avoid enemy detection to give them an advantage when combat breaks out. The game will feature songs with lyrics from Lotus Juice (who previously worked with Shoji Meguro on Persona 3 and other titles) and character designs from Ilya Kuvshinov (who previously worked on Ghost in the Shell: SAC_2045).

Gameplay will see the player character joined by up to three allies. Players can use hand signals to order their allies to cover points and provide visual support. If an enemy is spotted while players are hidden, they can attack for a bonus and deal damage to start off combat. Once players open fire, the game enters its turn-based combat mode, during which players can select from a variety of commands. Strategic elements include letting players use skills for no SP cost when attacking from behind cover, as well as letting them hide behind cover if they strike an enemy weak point.

The game will feature two sets of experience points, one for the characters themselves and another for the guns they are using. Players are able to enhance their guns by adding new parts, as well as acquire blueprints and materials to create new weapons. In between missions, players spend their time on an amphibious submarine that acts as the game’s main hub, where they can accept quests, visit shops, or travel to other locations. 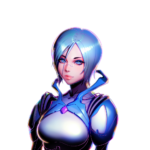 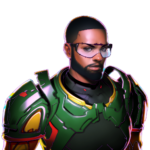 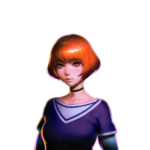 Three characters have been revealed in addition to the player avatar, who is the newest member of BTI Alpha Team. Naomi is a high-performance combat android and is part of as Alpha Team’s offensive capabilities, though is adept at displaying emotion and coversing with humans. Will acts as Alpha Team’s support and is a former US Marine who once served alongside Alpha Team’s Commander McGovern. Finally, Sofia is the 17-year-old daughter of great scientest Dr. Cowen, and decided to take over his research to help mankind.

Guns Undarkness is currently being developed for PC, with a tentative release window of December 2023. PlayStation, Xbox, and Nintendo console releases are under consideration as campaign stretch goals.