The last three months have been a bit of a blur. A lot has happened, from visiting friends to flying to Las Vegas, to obtaining the hack and crud by the end of it. Las Vegas was a great experience, though I don’t think it’s a place I’d ever visit again. I got to ride the gondola at the Venetian, went to the Shark Reef Aquarium at Mandalay Bay, did a lot of swimming, got some amazing tacos from El Taco Gordo, and just enjoyed the people-watching. I will say though, that American beer just isn’t as good as Canadian beer. The only styles I could find were Pilsners, APAs, IPAs, but where are the sours, saisons, and even the stouts? I feel like perhaps I’m just too spoiled for choice at home. Though I will say that the Amber Ale I got from Alaskan Brewing was deseriving of a chef’s kiss. 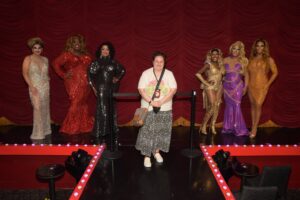 I think the greatest highlight of my trip was seeing RuPaul’s Drag Race Live! I felt a bit sorry for dragging my husband to see this with me, but it was exactly the right kind of fun, breezy entertainment I wanted on the trip. Plus I went to the meet and greet afterward and was the most awkward fan. Everyone was super kind, and it was amazing to be at the show where the majority of the cast was all made up of special guests as opposed to the regular cast. While I love the entire cast (and I truly do), getting to chat with Latrice Royale was really lovely, and like all the ladies in this cast, she is legendary!

In the past three months, I beat a total of ten games, which I don’t think is too shabby. I also played a variety of different titles, ranging from space horror to apocalyptic Kirby to kaiju-infested time loops. The majority of what I completed, I enjoyed, though there were a few duds. For the purposes of this feature, I’m only going to focus on the games I haven’t written articles or reviews about. If you would like to read more of my in-depth thoughts, check out the following: 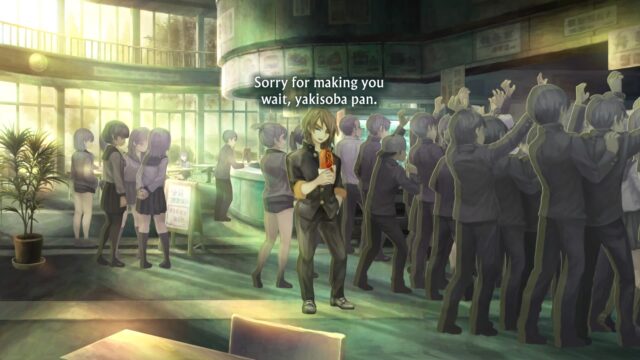 No one can come between Takatoshi and his true love… yakisoba pan!

13 Sentinels: Aegis Rim: Everyone I know loves 13 Sentinels, and I gotta say… I loved it too. I generally don’t love fiction that plays with non-linear storytelling often because they feel messy and underdeveloped. I liked this game’s approach to storytelling, and I loved the kernels of information the player receives through each storyline. My favourite characters ended up being Ogata, Shu, and Yuki. I also liked the combat in the game as well, and I got pretty addicted to it, even though it wasn’t challenging. I also platinumed the game, which is easy to do, but it’s a testament to how much I enjoyed the experience.

Triangle Strategy: Triangle Strategy is one of those games I knew I was going to love. It has all the buzz-worthy elements I love in a JRPG — branching plotlines, political intrigue, interesting characters, and environmental hazards! I played this game entirely through with my roommate and we worked our way through to the B Ending Route. I didn’t love this ending, but my understanding is there aren’t a lot of positives in any of the endings. Honestly, though, I was so invested in the story, especially regarding Ferderica and Serenoa’s relationship. I feel like in the core crew of characters, there wasn’t anyone unlikeabe. At some point, we want to try again and go for the Golden Route, but there are just too many games out there that I don’t know when it will happen. 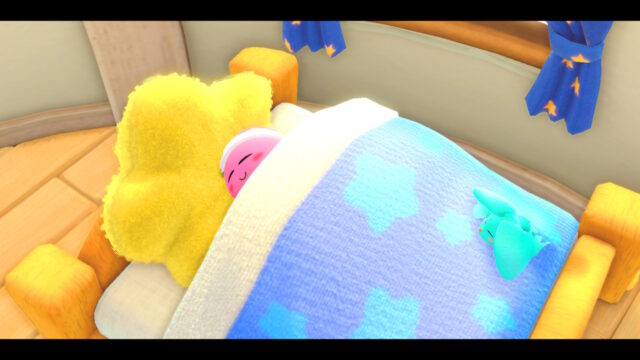 In terms of all the non-RPG, I played some great gems. I finished Kirby and the Forgotten Land and I have to say, it’s easily become one of my favourite Kirby games. There was so much creativity and character throughout, that exploring all the levels was so much fun. My favourite area was the destroyed amusement park, and I loved the craziness of Big Mouth Mode. Kirby is a car! A vending machine! A plane! You name it, Kirby can be it!

I played through a favourite game in my household, Prey. Both my husband and roommate adore this game, and I’ll say it was my first foray into Arkane Studios, and it definitely won’t be my last. Exploring the Talos I space station and realizing that everything on the ship intends to kill you makes for a lot of intense moments. There are so many interesting quest lines, and multiple ways to solve problems, and the atmosphere has all the discomfort that you’d want from a horror game. I mostly just did a lot of wrench murders, or GLOO Gun plus wrench murders. I still screamed every time a mimic jumped out of a coffee cup to smack me. Good times had by all.

I also finished the last of the Uncharted games! I have to say, I really enjoyed my time with Uncharted 4. I loved the dynamics between Nate and his brother, Sam. I thought Rafe and Nadine were great foils throughout, I even loved the swashbuckling fight towards the end of the game. It definitely kept me on my toes! I also liked that everyone was tired in this game, but refused to give up on their old lives. There was a lot of great storytelling in this last installment, and I am happy Nate and Elena got their happy ending.

Lastly, I completed Teenage Mutant Ninja Turtles: Shredder’s Revenge… twice. I still hate the levels with the boogie boards, because they always feel like a mess, but I love everything else about this game. I love how simple it is to play, how newbie-friendly it is for those who aren’t familiar with beat ’em ups, and you can still throw Foot Soldiers into the screen, which is THE BEST! Raph is still my favourite turtle because he is not a party dude (and I can get behind that!) 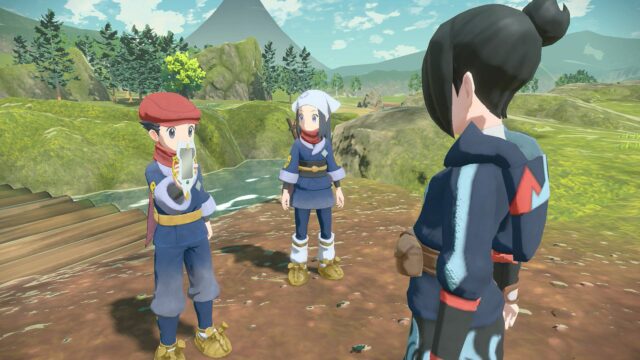 We have work to do!

With #JRPGJuly underway, I’ve been hardcore playing Dragon Quest VIII, as voted by you all on Twitter. At this point, I’ve put about ten hours into the game and I now have all of the party members. My party is making its way to Ascantha for our next major quest, and I have to say I’m glad I’m giving this game another try. The main party is absolutely loveable, and Yangus is just joy bouncing around the screen. When I first attempted to play Dragon Quest VIII, I just couldn’t get into it. The introduction felt long, I didn’t feel captivated to want to explore what the game had to offer either. After playing so many more Dragon Quest games, I can happily say that Dragon Quest VIII is clicking in all the right ways.

As of the writing of this column, I am nearing the end of my Pokémon Legends: Arceus adventure, though I am stuck on the last area of the post-game. My party is all level 70 or above, but there is something about this multi-battle boss fight that is just kicking my butt. I do like Arceus in concept and I think it was an interesting experiment for the series, but the difficulty balancing has just felt completely all over the place. On the plus side, I have caught 25+ Bidoofs, so I clearly did what needed to be done. Who doesn’t want an army of beaver loafs?

Here’s to some more fantastic games throughout the next few months. Sadly, my work is going back to pre-pandemic service, so I have no idea what kind of free time I will have for gaming, but I’m going to try to carve out time as I get used to working my new schedule. As always, be well and stay safe!