Why Role-Playing Games Should Win The Game Awards

The Game Awards 2021 is now in the internet archives. The celebratory awards show saw its eighth annual run, premiering loads of upcoming games and announcing this year’s best titles across genres and platforms. While Bandai Namco’s Tales of Arise won Best Role Playing Game, it’s too bad an RPG didn’t take the apex position Game of the Year. When a role-playing title achieves eminence, it may prompt developers to focus more on releasing greater RPGs, and it may signal to players that the genre is richer than previously thought. This means more gamers would likely enjoy both more and better RPGs to play.

The last time a role-playing game took top spot was in 2015 with The Witcher 3: Wild Hunt, an action RPG. The year prior, action RPG Dragon Age: Inquisition earned the spotlight as Game of the Year. With two RPGs winning GotY back to back, I wonder if this magic sparked a trend in the gaming industry, compelling developers to favor the genre, or maybe it simply moved players to delve deeper into RPG titles. Looking back, those two consecutive triumphs could indicate a watershed moment for the genre, or perhaps role-playing games were already seeing a renaissance. While unsure, I can’t help but see how potential success for the genre could result from RPGs being so highly showcased. 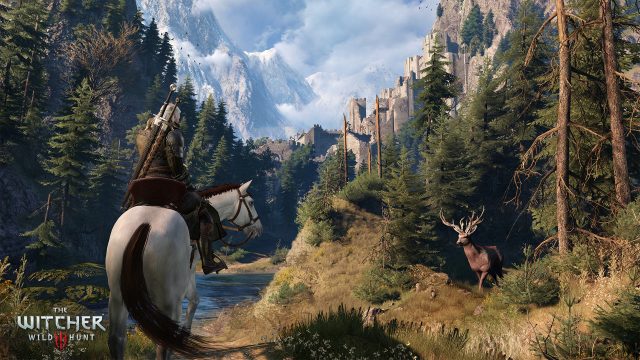 The wealth of adventure in action RPG The Witcher 3: Wild Hunt earned it Game of the Year in 2015.

In addition to those two action RPGs, there’s an overall tendency for action-based games to win the most prestigious level of The Game Awards, as every GotY title (the one exception being Overwatch in 2016) in the eight-year history of the awards celebration has been either an action-adventure game or an action platformer. Noteworthy, one of these that leveled up to the zenith is the RPG-adjacent The Legend of Zelda: Breath of the Wild, receiving GotY in 2017; for many, this counts as a third win for the RPG trophy case. The trend of action as a big driver for success implies that if another role-playing game is to have a chance at winning next year’s Game Awards, it should certainly be an action RPG.

This strong indication leads me to believe that Final Fantasy VII Remake, an illustrative action RPG, should have won Game of the Year at last year’s Game Awards in 2020. That said, the stand-out title did manage to earn more than a single shiny trophy: one for Best Score and Music and one for Best Role Playing Game. At the same time though, it pains me a little that such a highly-acclaimed RPG was so close to achieving GotY yet missed the mark; it’s like reaching the final boss but your party gets wiped out. 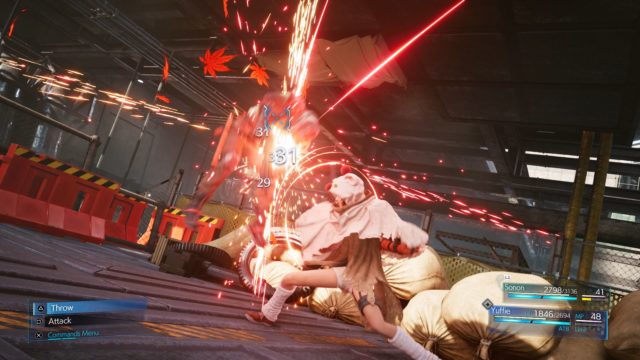 Despite that, much like a player can jump back into a final boss fight from the nearest save point, there’s still a good chance for an RPG to win Game of the Year in 2022. Of course, the path to victory will be challenging, especially if the tentatively titled The Legend of Zelda: Breath of the Wild 2 releases in time — unless it counts as an action RPG. If the first BotW is any indication, this highly anticipated action-adventure game looks to be a true champion and is sure to take a trophy or two; it may even secure Game of the Year. Indeed, it almost won the Most Anticipated Game category at this year’s awards ceremony.

That trophy, however, went to Elden Ring, which happens to be an action RPG. With this high-caliber title set to release early next year across multiple platforms and console generations, such audience reach should have the potential to impress the most gamers, giving it the greatest chance to clinch the vaunted Game of the Year title. Unless the gamer-verse has dispel cast upon it, such a win should convince the gaming industry that RPGs are where the action is at. In turn — even if the battle action isn’t turn-based — this should spur further RPG development and increase the genre’s vitality stat to the next level. Moreover, if Elden Ring somehow misses the GotY target, there are two additional action RPGs, Starfield and Horizon Forbidden West, that also vied for the Most Anticipated Game, and either one has a solid chance to lock in Game of the Year in 2022. All signs point to next year likely scoring a firm win for RPGs, further elevating the genre’s appeal. 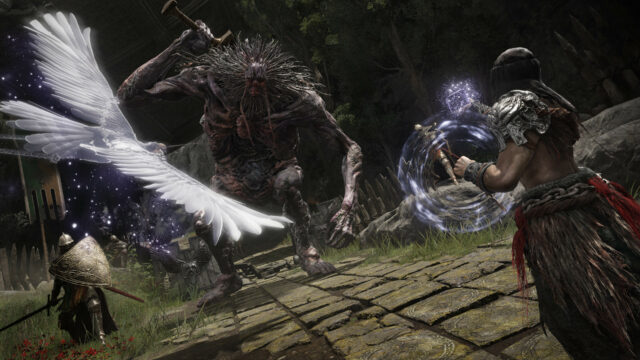 In upcoming RPG Elden Ring, gamers will enjoy large swaths of action in what could become Game of the Year in 2022.

To underscore both the RPG genre’s promise as a whole and its potential in The Game Awards 2022, of the five Most Anticipated Games, three are action RPGs — or four if RPG-adjacent Breath of the Wild 2 is included — and two are action-adventure titles (the fifth one being God of War: Ragnarok, which may include many RPG elements). This compelling roster is front-loaded with action and stacked with ubiquitous role-play. The RPG genre looks convincing and is likely to gain many confirming awards next year, asserting its rewarding status like a battle party buffed with maxed-out stats.

The Game Awards are a fun time to see which fan favorites truly rise above the rest. Such a high-profile annual event surely helps the whole gaming industry win recognition and acclaim, from creators to publishers and from large studios to independent developers. Among the variety of award-worthy games, the best are RPGs (in my opinion), as they’re full of engaging battles, intriguing stories, and charming characters; they will always have RPGamers’ votes. If RPGs shine in the limelight with Game of the Year awards, they should attract more mainstream favor, and the more the genre wins, the more winsome the genre becomes. Such a virtuous cycle could propel role-playing games to ever greater fame, creating more value for developers and RPGamers alike. In the end, when RPGs win, everyone wins.