XSEED Games announced a physical limited Earthmate Edition for the upcoming Rune Factory 5. The edition will be available to pre-order for $79.99 from the XSEED Games Store and selected retailers and includes:

The base game will be available physically and digitally for $59.99, while a $69.99 Digital Deluxe Edition will include the 13 costumes from the Earthmate Edition.

Rune Factory 5 is the latest title in the Bokujō Monogatari spin-off series and combines the parent series’ farming sim elements with action RPG combat and exploration. The game sees the amnesiac protagonist ending up in a small nature-surrounded town. The protagonist elects to join the town guard — known as Seed — to help protect the peace, spending their time adventuring with companions, growing crops on the farm, fishing, and building relationships with the townspeople. Rune Factory 5 will release for Nintendo Switch on March 22, 2022, in North America and on March 25, 2022, in Europe. 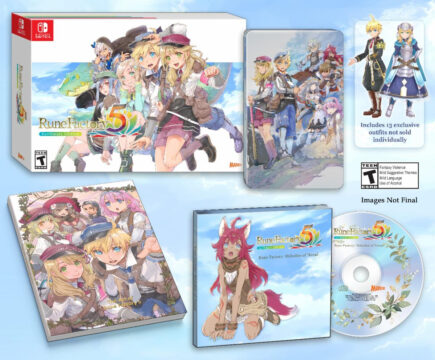