The early portions of Blue Reflection: Second Light have done enough to grab my interest.

Four years after the release of magical girl RPG Blue Reflection, Koei Tecmo and Gust put significant effort into its return. A mobile game and animated series serve as supports for its full follow-up, Blue Reflection: Second Light, which launches this November. RPGamer was able to check out a beta build of its PC version, playing through the prologue and most of the first chapter of the game.

The main protagonist of Blue Reflection: Second Light Ao Hoshizaki, an otherwise ordinary girl attending summer classes. She finds a mysterious app installed on her phone and is swiftly whisked away to a mysterious school surrounded by water. She joins up with three other girls who were already at the school before her — Kokoro Utsubo, Rena Miyauchi, and Yuki Kinjou — though they have all lost their memories from the time before arriving at the school. As Ao adjusts to the situation, a new wooded world connected to the school appears, and the group decides to explore it despite a warning message from an assistant-like being on their phone dubbed ReSource. 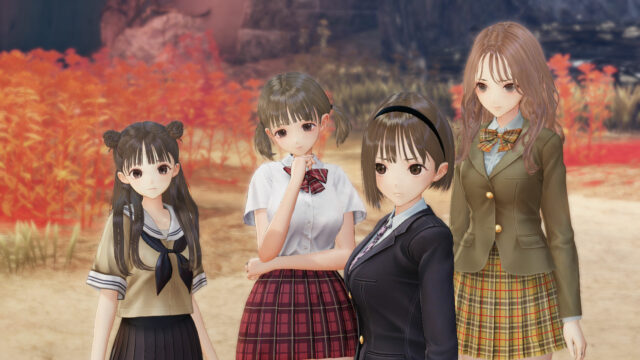 Soon after entering this new world — which they initially dub the Faraway but later rename the Heartscape — the group comes across hostile creatures. Fortunately, Ao, Kokoro, and Yuki have been given a way to fight back: special rings that allow them to summon weapons at ReSource’s guidance. With no other leads into how to get Ao home or recover the girls’ memories, they decide to explore further, and it indeed turns out that there is a connection between the Faraway and Kokoro’s memories.

Second Light story looks like it features a strong mixture of personal stories and wider mysteries. It sets up plenty of questions right from the outset: what the school is and it’s relation to the real world (and how does it actually have power and water), what role and connection the Faraway has to the girls and school, who or what ReSource is, and more. Meanwhile, the relationships and personal stories between the girls look to play a major role, as the girls recover their memories and spend time together. Second Light’s opening portions feel like a safe place for newcomers to jump in, but it is clear that there are connections to the first game. It may be that these connections are given enough information and context to not need further knowledge. 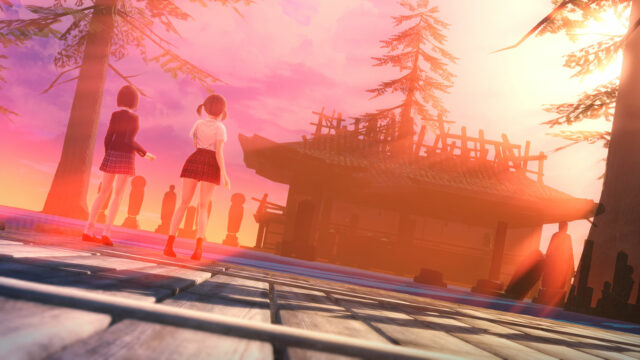 The connection between the school and the Faraway is one of the main mysteries.

The Faraway in the prologue and first chapter is a fairly standard JRPG zone with a generally linear but wide path and plenty of enemies and crafting items found scattered around. Blue Reflection: Second Light includes a Search Mode where players can move around silently. This is used for stealth missions where players need to get somewhere while avoiding detection, as well as in regular exploration as players can use it to initiate a back attack and gain an advantage in battle. The Faraway also has shining crystal fragments that provide connected memory snippets.

Combat feature an active-time battle system with a three-member active party. Each party member gains Ether Points as time goes by, indicated by their location on a bar at the bottom of the screen and can spend these points on actions once they attain enough to hit the action marker. Enemies have a slightly different system; they travel the opposite way across the bar, acting when they hit that action marker. As characters use abilities, they gear up, increasing the EP recovery rate and the amount they can hold. Once characters hit third gear, they undergo a full transformation to a Reflector, giving them access to additional abilities. Provided they have enough EP, characters can use multiple actions per turn. 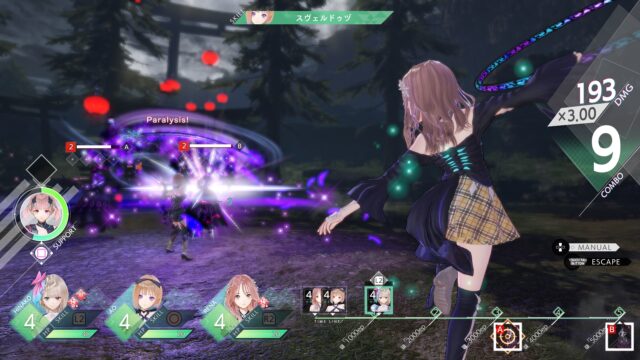 Combat feels like it has a good amount of depth, though the early battles are on the easy side.

Combat has a number of additional elements which give it decent depth, including standard elemental attributes and status effects, as well as the chance for enemies and allies to be brief knocked down by repeated attacks, though the normal difficulty combat in the prologue and first chapter was straightforward enough that there wasn’t any major challenges. All battles in the introductory sections were over quickly; only a few times did they last enough that the Reflector transformation happened. A combo counter goes up as the party attacks, applying a multiplier to damage. The combo counter can be reset by powerful, charged up attacks from enemies, but players can preempt these by using a guard skill that reduces damage and protects the counter. Players also get to semi-delegate control; while one character is always fully controlled by the game, the other two can be put on manual or auto mode, the latter allowing them to act on their own, though players can still choose actions if they act before the AI does.

The prologue and first chapter feature an introduction to crafting. New recipes can be obtained when players find memory fragments in the Faraway and grant access to usable and key items. Players also unlock the ability to build new facilities for the school, though a technical issue — very likely a mixture of it being a beta build and lower spec machine — prevented further examination. In school, players are able to accept requests from others, with the examples in the prologue and first chapter being straightforward ingredient collection or defeating demons. Completing requests awards Talent Points, which are used to upgrade characters by spending them on attribute boosts, new skills, passive bonuses, etc. 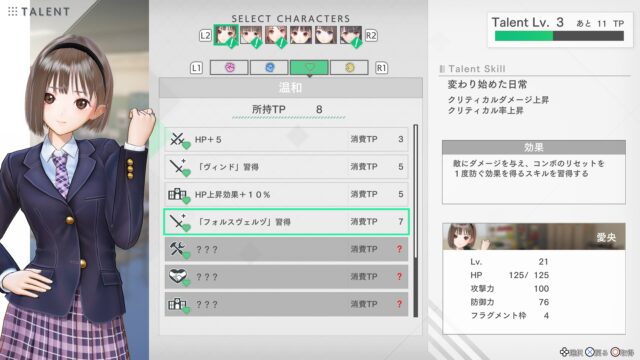 The audiovisual style is largely what one has come to expect from Gust, with charming music, pretty scenery, and perhaps an excessive amount of bloom, while the modern-looking UI is pleasingly designed and animated. Despite the mentioned technical issue, the game performs well on PC, with a good number of available graphical adjustments. However, one issue is that certain bits of text can be very hard to read, especially the smaller and darker skill descriptions within the combat menu, and there’s no apparent option to enlarge them. Controls can also be freely remapped.

The early portions of Blue Reflection: Second Light have done enough to grab my interest. It does a nice job introducing lots of interesting mysteries that one wants to learn the answers to, and the cast so far has been likable and enjoyable to follow. The gameplay so far is solid, if not spectacular, but there is certainly fun to be exploring, as well as finding and crafting new recipes, while the combat is a good mixture of being speedy yet giving players time to react and use strategy. Blue Reflection: Second Light releases for PC, PlayStation 4, and Nintendo Switch on November 9, 2021.

Disclosure: This article is based on a beta build of the game provided by the publisher.