Super Rare Games announced it is partnering with SmashGames for a physical release of town-building RPG Littlewood. Only 4,000 copies will be printed for Nintendo Switch and will be available to pre-order from Super Rare Games website from 6pm BST (10am PDT/1pm EDT) on August 5, 2021. The game is priced at £32.40 and comes with a full-colour manual, an exclusive sticker, a set of trading cards, and a reversible cover.

Littlewood is a game that takes place after the world of Solemn has been saved. Players control the hero who, having defeated the Dark Wizard, triumphantly comes back to their hometown, which is in need of repairs. The hero must now rebuild the town, and learn new hobbies in a world where peace has returned. The game was originally released for PC, Mac, and Linux in 2020, with the Nintendo Switch version released digitally earlier this year. 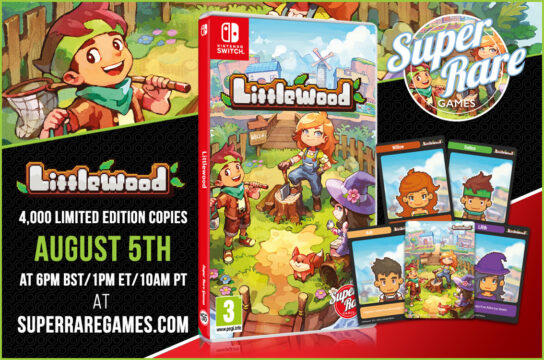