Developer Nihon Falcom and publisher DotEmu have announced Ys Origin will arrive on Nintendo Switch on October 1, 2020. The companies are collaborating with Limited Run Games to produce a Collector’s Edition which includes a poster, CD soundtrack, art book, and unique collector’s box, as well as a standard physical edition. The game will also be available digitally via the Nintendo eShop.

Ys Origin is a prequel to the rest of the series, taking place 700 years before the events of the first game. The game originally released in 2006 in Japan on PC, before getting an enhanced English version in 2012. Ys Origin is also available on PlayStation 4, PlayStation Vita, and Xbox One. 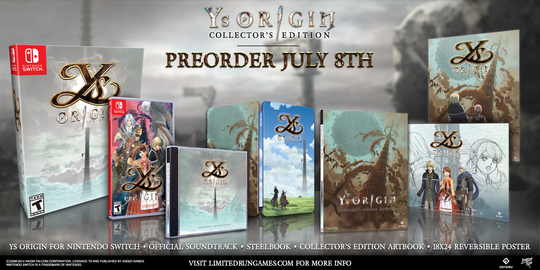