Publisher DotEmu announced that it will be releasing Nihon Falcom’s action RPG Ys Origin for Nintendo Switch worldwide. The game will launch on the console sometime later this year. The publisher has partnered with Limited Run Games to release physical editions of the game in North America. A Collector’s Edition will be available to pre-order from Limited Run Games’ website from Wednesday, July 8, 2020, that includes:

A partner for physical editions in Europe will be revealed at a later date. 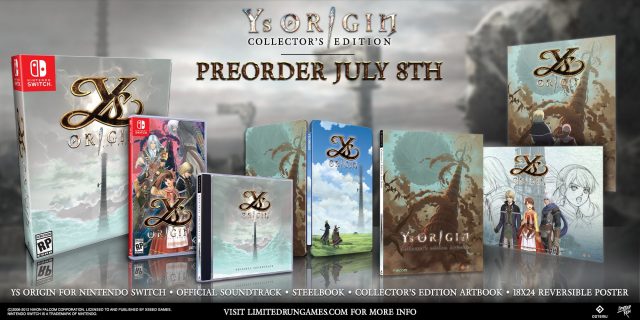 Ys Origin acts as a distant prequel to the series, taking place 700 years before the first game. The game was originally released for PC in Japan in 2006, with XSEED Games releasing an enhanced version in English for PC in 2012. DotEmu released PlayStation 4 and PlayStation Vita versions in 2017, with an Xbox One release following in 2018.