A coalition of fourteen publishers have announced the New Game+ Expo for June 23, 2020. The event will be a seven-hour live broadcast running from 9am to 4pm PDT (6pm to 1am CEST), though the stream will begin an hour ahead of time (8am PDT / 5pm CEST). It will be broadcast through the New Game+ Expo Twitch channel.

The event will feature new game announcements, gameplay demos, and Q&A sessions. The fourteen publishers signed up to the event are: 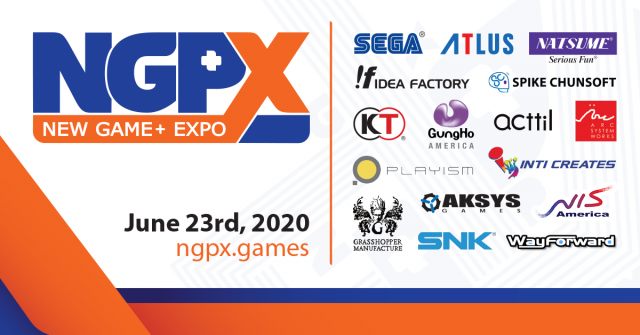