Atlus announced that Persona 5 Royal, the enhanced version of 2017’s Persona 5, will be released in North America and Europe on March 31, 2020. The game will be available in multiple physical and digital special editions: 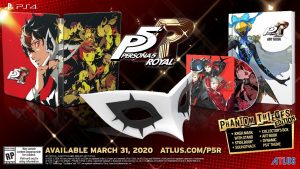 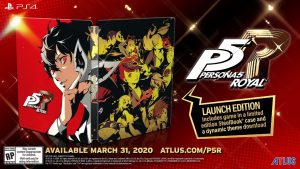 All of those who pre-purchase the game digitally will receive an original PlayStation 4 theme. All of the DLC released for Persona 5 will be made available to Persona 5 Royal players for free, with the following additional DLC to be made available to purchase separately (or as part of the Ultimate and Deluxe editions above):

Persona 5 Royal was released in Japan for PlayStation 4 on October 31, 2019. The release adds a new playable character, Kasumi, and will continue the game into the third semester of the school year in Japan, which runs from January to April. It will also add new locations, new events, new combat strategies, and other features.