Mercenaries Wings Getting Physical Release for PS4 and Switch

Limited Run Games announced it is preparing a physical release of Mercenaries Wings: The False Phoenix for the PlayStation 4 and Nintendo Switch. There will be a standard and limited edition set for each console, with the limited edition coming with exclusive box art, an art book, the original soundtrack, and a collector’s box. It is not yet confirmed when the physical copies will be shipped, but pre-orders will open on October 29, 2019.

Mercenaries Wings is a strategy RPG that is a follow-up to Rideon’s Mercenary Saga trilogy. The game stars Cecil, a young female gunner who is part of the mercenary group known as the Crimson Birds. The crux of the story stems from the Kingdom of Dryden trying to spark conflicts with other nations in an attempt to revive an ancient phoenix. 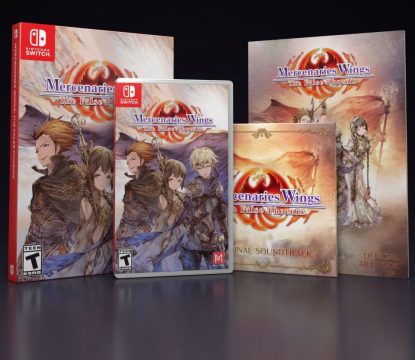