This review is dedicated to cinema membership cards. Yes, cinema membership cards, so that watching too many Marvel movies in a twelve-month span can allow me to see my next film absolutely free. Which is how I came to be sitting in the theater, watching the end credits to Ni no Kuni, Level-5’s cinematic attempt to keep a series relevant. The fact that I did not pay anything upfront to see it undoubtedly sweetened the experience for me. 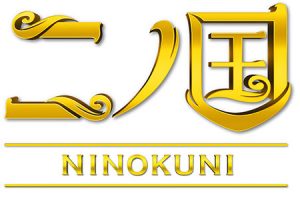 To start things off, let it be said that the film Ni no Kuni has little to no narrative connection to the Ni no Kuni games. There are a few visual nods here and there, including one statue in the castle that is obviously King Tom Tildrum the XIV of Ding Dong Dell, but this is a different kingdom entirely.

The primary elements to carry over include the plethora of visually distinct sapient species, certain magical creatures, and the plot point that between the realms of Ichi no Kuni (Our World) and Ni no Kuni (the Another World), there exist certain people whose very existence is paired in a weirdly mystical, karmic sort of entanglement. It’s this last bit upon which the movie’s plot hinges, and the main thing that sets it apart from the current boom in isekai (otherworld) fiction in this country.

The dual protagonists of the movie are Yuu and Haru, two high school friends who have everything and nothing in common. Haru is the school sports hero, while Yuu is the kid in the wheelchair who cheers him on and plots strategy on how to do better. They’re also both in love with their classmate Kotona, though Yuu keeps it to himself. Things kick into weird gear when a stranger in a spider-skull hoodie stalks Kotona and stabs her with a knife of obvious mystical properties. In the rush to get her some medical attention, Yuu and Haru have a too-close encounter with a moving truck, and in a flash, find themselves in another world entirely.  One where Yuu can walk, and Kotona has a lookalike in the local princess, now suffering from a knife-like curse in her stomach.

Just how and why this happened isn’t explained until almost the end, and the expositive download is clunky, but it’s consistent with how the two characters flash back and forth between the worlds, and it lends itself to working with the connections between the two worlds. Experience with the games helps to fill in the blanks, but that there is a completely different issue to be had with this movie.

Ni no Kuni feels like Level-5 took the main plot beats for a potential third game and applied a strange sort of hermeneutics to derive an internally consistent story without a lot of the world-building needed to support it. Why this? Why that? Haru’s initial conclusion that they’re stuck in one strange dream actually seems like the sensible reaction to everything that’s going on, and the film could have done with something, anything besides the monologue presented, to better support the reasons why Mr. Obvious Bad-Guy was so bad.  The best-handled aspect of the entire plot was the odd four-point love triangle paradigm, combined with some skewed understandings of how the aforementioned karmic entanglement is supposed to work.

Graphically, the film Ni no Kuni hews close to its game forebears in its near-Ghibli style, but there are a few odd moments, almost entirely within the big battle sequence two-thirds of the way through, where more obviously CG character models can be seen. In those moments, the film feels more like a video game cutscene, with rendered sprites on a painted background. While the sight of hulking ceratopsians smashing through architecture is impressive, the stylistic clash gets in the way of enjoyment.

On the other hand, the music is top-notch, beautifully arranged with an eye to matching the scenes. I would put down good money for a copy of the soundtrack if I did not already own it, because (except for the incongruous inclusion of a J-pop anthem for the final credits) the entire thing is taken from Joe Hisaishi’s work on the original Ni no Kuni game for the Nintendo DS.

Ni no Kuni the film is what it is, which is a slightly above-par isekai story that wobbles on its own foundations. For all that, it’s a coherent enough tale, just not as great as it could have been. More support, more narrative, more time to explore the plot and the world in general would have made it a better experience, but by that point it should be a game instead.

So I guess what I’m saying is: Please, Level-5. You didn’t have to make this a movie. Give us a decent game any day.