Overall, this game feels like a blatant effort to cash in on nostalgia, while leveraging only the bare framework of what made the SNES classic so memorable. Even the most die-hard fans may find something to enjoy here, and even they will struggle to do so.

SolSeraph, brought to us by ACE Team and Sega, aims to become a spiritual successor to Act Raiser, a 90s gem that combined city management with side-scrolling platforming and some RPG elements. While it sold moderately well, it received more recognition much later. Older RPGamers remember it not only for its unique premise, but also its charm and creative level design. Unfortunately, this game fails to come close to the reputation garnered by the game it seeks to succeed.

In SolSeraph, RPGamers play an avatar of a god, who works to protect his people as they struggle against evil gods. In one part of the game, the avatar leads the people to build structures to help their towns grow and protect them from waves of enemies. This plays very much like any other tower defense game. However, it lacks any depth whatsoever. Farms make food, which raises the population cap, houses raise population, and lumber mills chop wood used for buildings, including basic defense structures that attack monsters threatening the town. Unfortunately, the depth of the city-building does not go much further than this. Furthermore, the graphics in this mode make it hard to pick out any detail. 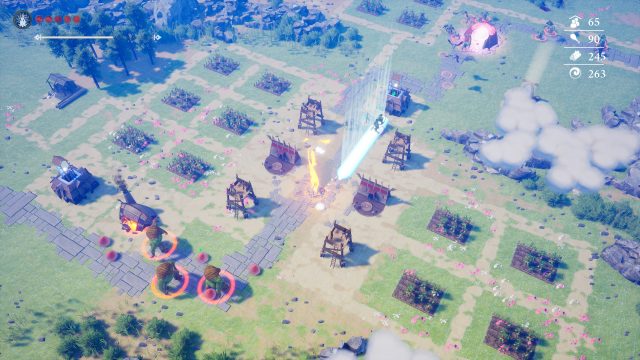 Can you feel the excitement yet?

Missing are the event interactions with townspeople often found in Act Raiser. Cutscenes of chatter between the town’s citizens take place occasionally, but provide little interaction. As a result, I found myself caring very little for the denizens of the various lands.

Eventually, as the people build temples near monster lairs, the dark clouds surrounding them dissipate. To drive the evil creatures away, the avatar must soil his hands with direct intervention. At this point, the game becomes a 2D side-scrolling action game. the hero can swing a sword, block, dodge, and use a variety of magical abilities to overcome the forces of darkness. Unfortunately, the action feels stiff as combat often feels like a struggle with the controls as much as the bad guys. The limited move set feels like something from the early SNES era. For example, the hero can only fire his magical arrows straight ahead, or at a 45-degree angle up. 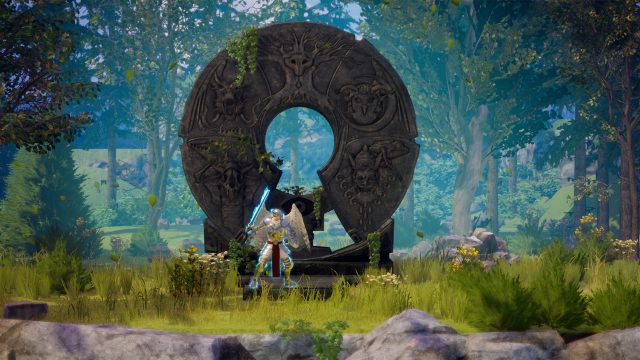 Can you feel the excitement yet?

The designs of the various levels and monsters also feel uninspired, lacking much of the creativity and charm that made Act Raiser a classic. Many of the enemies are simple palette swaps. At one point, players fight a boss that simply resembles the various red blobs fought earlier, but larger. The most original design decision in the game involves having monsters approach the player from the background. The game repeats this effect over and over again, and it proves frustrating as it is difficult to ascertain when the monster reaches the player’s 2D plane, which often lead to  cheap hits.

Overall, this game feels like a blatant effort to cash in on nostalgia, while leveraging only the bare framework of what made the SNES classic so memorable. Only the most die-hard fans may find something to enjoy here, and even they will struggle to do so.