Harvest Moon: Light of Hope is a self-developed title in Natsume’s farming sim series and was originally released for PC in November 2017. The Special Edition was released for PlayStation 4 and Nintendo Switch in 2018, and includes a new co-op mode and a new character called Soleil, a Gem Sprite who is able to take on a human form and whom players can marry. 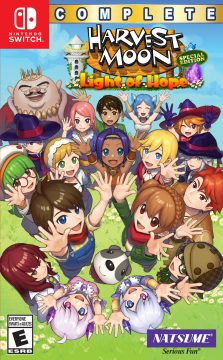 Re:ZERO - Starting Life in Another World: The Prophecy of the Throne