With the world facing tougher times, people are forgetting the word “empathy”. Many of us do not put ourselves in the shoes of others: we are quick to react when it comes to those less fortunate than ourselves. We look out for ourselves because we do not live in a society where having sympathy and using empathy is encouraged — in fact, it’s frowned upon.

As an empathetic sponge, I am someone who is in tune to emotions and I absorb them. I’ve suffered a lot over the years from anxiety, depression, and grief, and during those times I struggled with compassion fatigue. Having empathy for others has been hard when I am barely being kind to myself. I work in a profession of empathy. I see people from all walks of life come in and out of my library branch every day — I see and hear the judgement of others, because snapping to a response rather than using empathy is what comes natural now.

It’s unbearable in a lot of ways. When I started going to therapy, I was given the tools that helped rekindle my love of customer service and my desire to help others. It reminded me of the person I had lost in those two years of darkness, those years of having lost my parents and trying to deal with their deaths. Empathy is a part of me, and it reminds me that I am present in the world and that what I do for myself and others can make a larger impact on a whole. 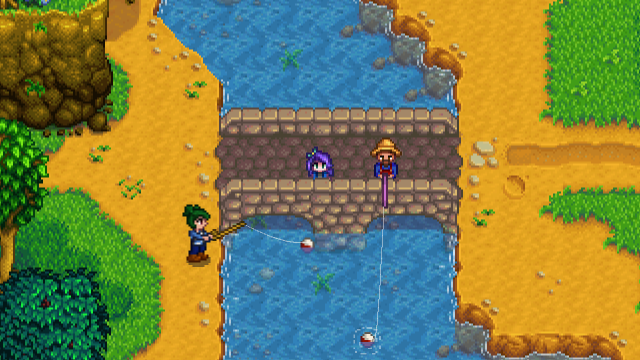 Stardew Valley became a form of therapy for me in the last month or so. Compassion fatigue was once again setting in as the world’s problems began and continue to feel more weighty. Stardew Valley takes me back to a simpler time. A time of valuing myself, others, and trying to do good when times are tough. The first scene that struck a chord with me was having an encounter with Linus, a wild man who doesn’t live in Pelican Town, as he is pulling food from trash cans. The player character watches from a distance as Linus is caught taking trash near the Stardrop Saloon. Instead of ignoring Linus, Gus, the bartender, comes out of the saloon and shows him kindness. He says to Linus that he would feed him because no one should ever go hungry or even be homeless.

My heart felt full in this moment. This is a beautiful example of what it means to put yourself aside for someone else’s sake and show empathy. Gus immediately places himself in Linus’ shoes and offers him assistance. While it’s Linus’ choice whether not to accept Gus’ help, it’s the thought that someone cares enough that is notable in this instance. While most RPGs do show empathy, it’s often more prominent in side quests than the main journey. Stardew Valley offers a different discussion — that acts of kindness don’t need a physical reward.

Each of the characters the player encounters in Stardew Valley has a story that is meant to evoke emotion. Harvey, the town’s doctor, suffers from anxiety, and you learn that he moved to Stardew Valley to reassess his life. Harvey is afraid of making mistakes in front of others, and is easily embarrassed to the point where he is mentally abusive towards himself. As his storyline progresses, you help him overcome some (not all) of his mental roadblocks in an attempt to teach him how to control his anxiety to the best of his ability.

Stories like Harvey and Linus’ are great examples of showing compassion and using empathy as a means to assist others in difficult periods. It reminds us that we can do better, be better, and strive to create positive and lasting change in both ourselves and others. Games like Stardew Valley are lessons on empathy, but they are not the norm. Empathy must be learned, and in trying times it’s an easy skill to forget. Being mindful of our own emotions is what allows us to assert empathy. 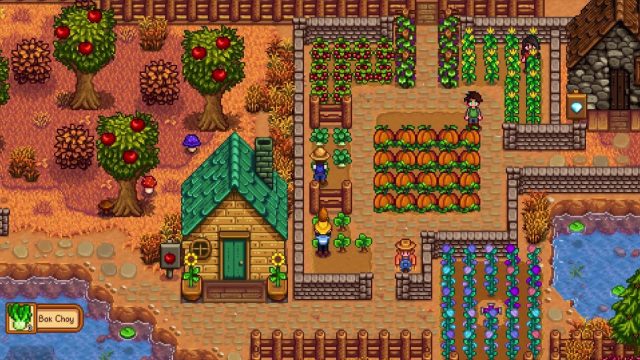 We need more games that have Stardew Valley’s heart and soul. We need games that are self-reflective, that remind us of past good. It’s so easy to dwell on failure and the current state of doom and gloom, and it often feels impossible to look past ourselves because we only have one life to live.

Playing Stardew Valley has caused me to contemplate times in which I’ve done some good in the world. Sometimes media has the power to remind us that the world isn’t as dark a place as we make it out to be. Think of the last time you willingly helped someone else without the expectation of being rewarded. Reflect on a situation where you gave your time without second thought. Were you fully present in that moment? Stardew Valley’s message asks players to be present in others’ lives and be a willing participant. So be present in the moment, enjoy the small victories, and remember that the world is only as beautiful as you yourself allow it to be. Stardew Valley reminds us that while we can’t control large-scale change, we can affect change in ourselves and in our community as a whole.