Living On the Edge

With Kazuma Kiryu’s story ending with Yakuza 6: The Song of Life, it was inevitable that the next game in the series would need a fresh face. What fans of Yakuza were not expecting was the embracing of turn-based RPGs and a hot-blooded hero itching to save the world from a mighty foe. Yakuza: Like a Dragon is a unique new turn for the series, and though it has plenty of highs and lows, it is an easy game to fall head over heels in love with.

Players are introduced to Kasuga Ichiban, an orphan born in a soapland who has been taken in by the Arakawa Family, a subsidiary of the Tojo Clan. Ichiban is devoted to his boss, Masumi Arakawa, and his son. On a fateful New Year’s evening, a murder occurs and Kasuga is asked to take the fall on behalf of the family. After serving eighteen years in prison, Kasuga attempts to find his master, only to learn that the Arakawa family has become a part of the rival Omi Alliance, and the Tojo Clan has been wiped off the streets of Kamurocho. After he confronts Masumi Arakawa on his betrayal, Ichiban is shot and left for dead…

… or so the Arakawa family thought. Winding up in Ijincho, Yokohama, Ichiban survives and befriends a homeless man, a former nurse named Yu Nanba. Together, the two begin to uncover the larger conspiracy at play, and with the help of an ex-detective, Adachi, and a bartender who is looking to protect her sister, Saeko, the group forms the ultimate party and finds itself wrapped up in the larger mystery behind Arakawa’s betrayal and Bleach Japan, an organization out to destroy grey-zones in Ijincho. 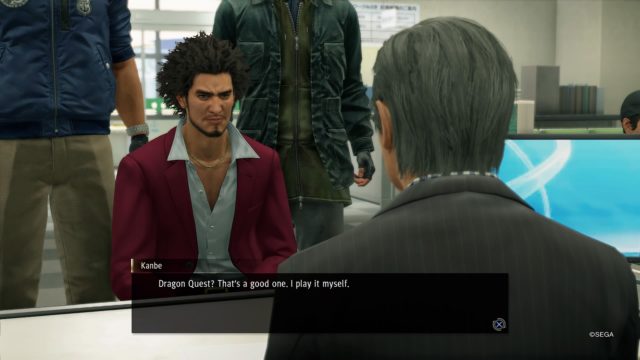 Yakuza: Like a Dragon easily has one of the best stories in the series to-date. From offering a fantastic cast of characters, each lovable and memorable, to throwing out twists and turns that are so unexpected, yet so complicated, it has all the elements of compelling storytelling. This emotional roller-coaster is one that players will want to ride to the end, because even in its surprising moments, there are equally some powerful messages at play. The game touches on issues of homelessness, chosen family, and even how grey-zones are what keep marginalized groups alive and safe. There are so many important moments in Like a Dragon’s narrative that keep it gripping and avoid any loss of momentum. However, while this is a new entry in this long-running series, players should note that knowledge of the series is required before starting Like a Dragon, as it provides context for plot events that will otherwise not make sense.

Substories also make a return in the series, and these may be some of the best ones yet. From fighting a giant iRobot vacuum cleaner to feeding people magic kimchi when they are feeling down, there is so much humour and empathy presented in many of these side stories. Kasuga is a fantastic protagonist, especially in these smaller moments, as he can place himself in the shoes of others, and try to build people up, rather than watching them get torn down. Each substory is worth exploring, and they also help in building Kasuga’s personality attributes, which then allow more job classes to open up to the player.

Yakuza: Like a Dragon is also an homage to one of the greatest and longest-running RPG series of all time. Ichiban is a huge Dragon Quest fan, and he often looks at life through the lens of a JRPG hero. There is so much in Like a Dragon that pays tribute to JRPGs, from catching Sujimon (aka meeting the weirdos of Ijincho and battling them), to having the ability to change job classes ala Dragon Quest, just to name a few. 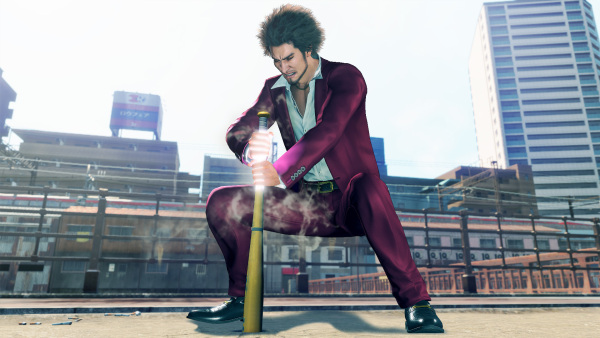 It’s an enchanted bat. Will remove slimes on sight.

But the biggest reference to Dragon Quest comes in the game’s combat system. Like a Dragon sports a turn-based combat system wherein Kasuga and friends battle the hoodlums and oddballs of Ijincho. Each character has a starting class that they can learn abilities from but can also change job classes by visiting the Hello Work employment center, allowing each character to take on unique roles while also adding new skills to their repertoire. Characters also have tag team abilities that allow them to work together to take out enemies, as well as skills that attack one enemy, a targeted area, or all foes. Depending on the class, characters will also receive special “Essence” skills which are powerful super-moves that often do a great amount of damage or add a status effect. Characters can also use a Perfect Guard, which allows them to negate damage taken by enemies as they attack with perfectly timed button mashes, though as the game ramps up in difficultly, particularly in boss fights, this isn’t as useful as it could be.

Combat is simple and intuitive, but it is nothing to write home about. While some of the skill animations are funny or ridiculous as Kasuga “sees” these battles play out with his imagination as characters transform into a ridiculous version of their job, the combat system does not do enough to fuse Dragon Quest and Yakuza together, which is somewhat disappointing. As the game goes on, particularly in later chapters, the combat begins to outstay its welcome. Much like Dragon Quest, there is not enough evolution as the game moves forward. While the combat system is a fun and welcome change to the Yakuza formula, it is just missing a spark to make it feel truly special.

One area where Like a Dragon truly falters is in its dungeon design. While there are not many dungeons to speak of and some of them are optional, they are just not fun to explore and are often more an exercise in frustration. Narrow walls with large combat sequences often create moments where characters will get trapped behind walls, unable to find their pathway to the enemy. The result is often being trapped behind an object or just magically being transported in front of the enemy, and neither is pretty to look at. Couple this with slogs of enemies, and the dungeons become boring to explore and easily a weak point in the game. 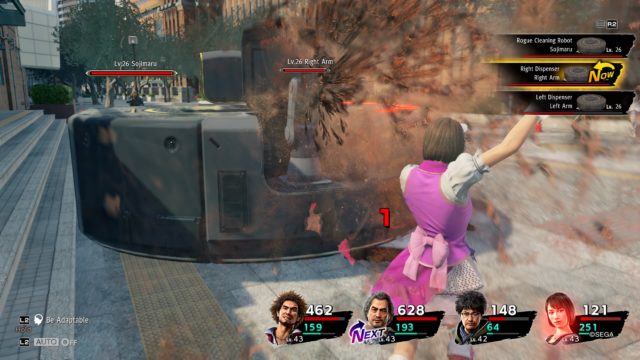 Help! My vacuum cleaner is out of control!

The second major issue in Like a Dragon, sadly known series-wide, lies with the boss battles. While boss fights have long been cheap and unbalanced, Like a Dragon takes that to whole new levels. Many of the boss fights have unpredictable elements and often players are under-leveled when these fights occur. One example is a boss that has a variety of gimmicks to a fight, with them also getting additional turns after every player character, and Perfect Guard is not particularly effective against them. The level-scaling in this game is messy and the difficultly is unbalanced throughout. It also doesn’t help that if Kasuga gets knocked out the game is over, and while players are given the option to spend cash to retry, this outdated mechanic isn’t welcome anymore and having to spend all the hard-earned yen to try again feels more like a slap in the face.

While the game has some issues, one area where it shines is in the music and voice work. The battle themes for each location or boss battle that Kasuga and team participate in are on point. A lot of the music is upbeat, and it pumps the party up, while boss themes are emotional and provide a sense of challenge. The Japanese voice work is phenomenal and engaging, each cast member projecting the right amount of feeling during many of the game’s emotional moments. The English voice acting is a mixed bag, with some performances truly out-shining others. In terms of graphics the cutscenes continue to sport gorgeous visuals, and while the in-game graphics when wandering around town are fine, there are instances of clipping and texture pop-in.

Overall, I loved my time with Yakuza: Like a Dragon, and while there are imperfections in the game, they are equally a part of its charm. Kasuga Ichiban has taken over the reins of the series from Kazuma Kiryu, and Kasuga and his companions provide a moving and memorable experience throughout. While the combat has its flaws, I cannot wait to see how RGG Studios will evolve it with the next installment. There is so much to love in Like a Dragon, and I’m excited to see what happens to Kasuga and friends in their next adventure.