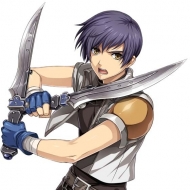 jscarpe
Josh joined RPGamer in 2017 and is currently the Features and Editorials Director. This involves reviewing games and occasionally opining in opinion format.
This user account status is Approved
About About
Comments Comments

Greetings Internet denizen, my name is Josh and I'm the new person around these parts. I'm not sure what to say about myself, so let's start at the beginning. I've been playing games for as long as I can remember; some of my earliest memories are of sitting on the floor of the living room playing Space Invaders on my Dad's Commodore 64. From there I moved on to the NES and got my first exposure to RPGs in the form of The Legend of Zelda. I played it for hours, drawing maps of the overworld on graphing paper. Not too long after, my Father got an early IBM clone PC (it had DOS 3.0 and an eight-megahertz processor!) and I got hooked into early PC games. Starflight, Rockford, and Sim City ate up many of the free hours of my youth. As I got older, the PC's I owned graduated from 386 to 486 to Pentium and I moved on to space sims (X-Wing, TIE Fighter, Wing Commander), strategy games (Civilization II, Sim City 2000, Panzer General) and adventure games (at one point I had played Sam and Max Hit the Road so many times I had the dialog memorized).

Now if you are still reading and paying attention, you'll notice a distinct lack of RPGs being mentioned. That's because I have a dirty little secret: *whispers* I didn't get into RPGs until I got a PSP. I never owned a SNES and I only had a PS1 for nine months before replacing it when the PS2 launched, so I missed out on that golden era for console RPGs. I played a few over the years, but it was Jeanne d'Arc that changed my game playing habits. Jeanne d'Arc's strategic battle system and visually impressive storytelling won my heart. I remember being blown away by the animated cutscenes and enraptured with the story that melded historical facts with pure flights of fantasy. After Jeanne, I was hooked on RPGs and I became dedicated to playing more games like it.

Well now that you know my deepest, darkest secret, we're on good enough terms that you should know a few other things about me. I grew up in Alabama and I have a degree in Chemical Engineering from Clemson University which combine to account for my continuing college football fandom. Seriously, it is difficult to live in Alabama without taking some side in college football. I'm also a big fan of the CFL, yes, the Canadian Football League. I don't know how to explain that other than my general weirdness and, hey, it's football during the dog days of summer. I have a cat, Scotty, and two Koi, Gidney and Cloyd. Scotty is always trying to monopolize my time and keep me away from playing games. The Koi don't seem to care so long as I feed them. Anyway, if you want to get in touch with me, hit me up on Twitter; I'm usually talking about games or posting animal pictures.
Last Updated: August 11, 2017