After six years of silence, it seemed as though the Star Ocean series was destined to become a historical footnote in the action RPG genre. With the narrative theme of evolution at the forefront, developer tri-Ace has put together a new entry in this storied franchise as Star Ocean: The Divine Force tries to build on its foundation to find a stronger footing in a crowded market. An evolution is necessary to continue to thrive in a more crowded action RPG space than in 1996, but evolutions can bring on new challenges that The Divine Force has a tough time overcoming.

The story begins in space aboard the merchant vessel Ydas as Captain Raymond Lawrence and his crew are tasked with transporting goods across the galaxy. On the way to their destination they are attacked by a Pangalactic Federation ship. This forces Ray, along with his crewmates Chloe and an android called Elena, to abandon the ship in escape pods. Ray and Chloe’s escape pods land on the underdeveloped planet Aster IV after seperating. Once landing on this unfamiliar planet, Ray sets out to find his lost crew members when he is hesitantly greeted by Princess Laeticia of the Kingdom of Aucerius and a knight Albaird accompanying her. Those two inform Ray that they are also on a journey to find one of the three wise men to ask for help to save the kingdom from an impending war. In the early going players will be building their party by finding the crew members and befriending the natives on the Aster IV to help bring peace to the kingdom that is being ravaged by diseases and on the brink of war.

The characters who eventually join the party are intriguing due to their respective circumstances that led them to this group. This builds into the story’s narrative of evolution very well, as roughly half the cast is native to the underdeveloped planet, while the rest has a vast knowledge of advanced sciences.  This leads to funny moments between the group but also begs the question of what happens when an underdeveloped planet is introduced to medical and technological advancements too quickly. It’s a question the cast discusses frequently, with well thought-out dialogue. There is a blend of personalities that make this a charming and well-rounded playable cast that is a treat to get to know. In a cast as large as this, two supporting characters stand out as the best.  First, the antagonist Bohld’or is the charismatic, physically imposing emperor of the Vey’ll Empire that is on the brink of war with Aucerius. Bohld’or has clear motivations and serves as a perfect tool to bring home the aspect of how evolution can cause problems if introduced too fast.  The other supporting stand out is the highly intelligent drone called D.U.M.A.  Central to the game’s themes, D.U.M.A also has many gameplay functions in combat and exploration.  D.U.M.A has an emotionally satisfying character arc over the course of the game that is a joy to see unfold. 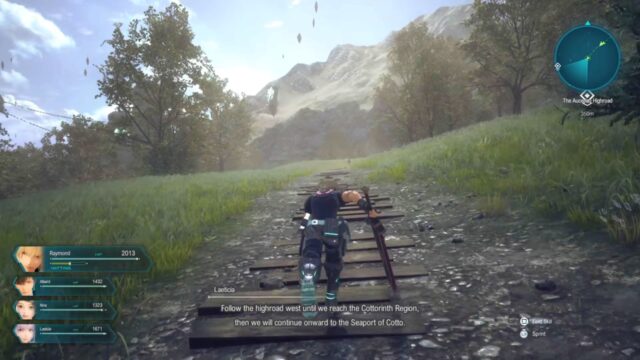 One of the larger open areas in The Divine Force

At the start, the player has to choose whether or not to play the story through Ray’s or Laeticia’s perspective. There are times in which those two will split and the story will be experienced differently depending on the protagonist chosen. Mainly the difference is how the protagonists learn about one another. Following Ray, the biggest reveals come in learning about this new planet, while Laeticia is a Princess in this world that gradually learns more about a larger world in the stars through Ray. That certainly helps the game’s replayability and the moderate length of the playthrough doesn’t make going through it again feel like a monumental task.

Star Ocean: The Divine Force‘s narrative proves that this premise has a lot of relevance, but fails to find a balance with its messy combat and gameplay systems. Initially combat feels fine: movement is fluid, skills flow together nicely and make for fun combos, and D.U.M.A helps speed things up making characters fly around the battlefield to take out foes. However, more time spent in combat slowly reveals many frustrating flaws. The most egregious error in the combat system is the AP bar. Each combat skill consumes a certain amount of AP when used. The problem is when all AP is consumed, combat is suddenly halted. Fast-paced combat turns into slowly jogging around waiting for it to fill back up; running or dodging don’t charge it. There is no normal attack to keep combat going either, it just stops.

What can help is the mechanic Blindside. This will cause an enemy to be stun locked and damage will be multiplied depending on other factors. The battle system emphasizes blindside attacks and evading enemy attacks to maintaining a higher AP, enabling higher attack combos and providing a more satisfying flow of combat. However, D.U.M.A also has a stamina bar and the timing of the blindside mechanic doesn’t seem precise enough when engaging singular enemies, especially bosses that are necessary to stun lock with blindside to avoid heavy damage. It does however work well in battles with a large group of enemies it is satisfying to blindside many of them and watch the damage count pile up. 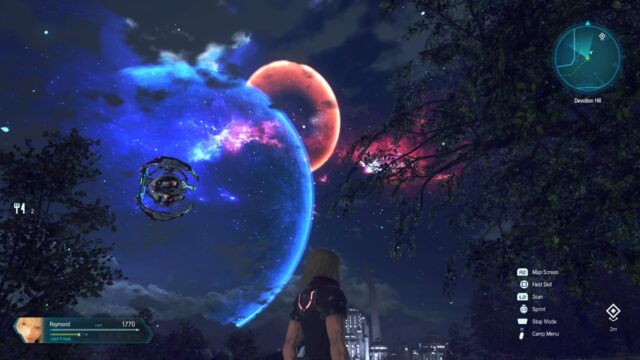 Boss battles bring out the worst in the combat system. That’s when the imprecision of the blindside mechanic is most prevalent, as well as the constant halting of action. Without the ability to easily blindside, players are stuck doing one or two heavy attack skills then waiting for the bar to fill back up. On top of that, the party AI is frustratingly inept. Party members will continually run into attacks, even when enemies are targeting elsewhere. There were many instances when a boss would issue a devastating attack that misses only for a character to then run into it and be completely wiped out. Reviving party members is nothing new, but even that is painfully slow as all items take a few seconds to take effect. The animation where players use items has to be completed, as if an enemy lands any attack the item use is cancelled making players redo the process over again.

These problems unfortunately last from the first boss battle to the final one. Fighting stronger enemies makes this combat system slow again, continuing the frustrating cycle of a fast-paced and enjoyable system being bogged down by running out of AP. Frame rate issues also cause problems, resulting in the occasional stutter when combat is at its most frenetic and fast-paced.

Upgrading characters unfortunately suffers the same fate as the combat with some neat features that ultimately amount to more frustration and slow the game down. When leveling up, characters receive SP, which is used to further enhance a character’s stats or be used on a skill tree to grant that character new skills, passives, and skill boosts. Characters use four equipment slots, one for weapons, another for armor, and the remaining for accessories, which can be found, bought or crafted.  Item creation can be used to craft healing items as well as equipment. The upgrade system itself isn’t bad, but it takes up too much time because of the liberal leveling system. Characters level up very quickly, so it doesn’t take much to rack up SP, and the skill tree and skill upgrades don’t take up much SP either. Players will constantly be in clunky menus upgrading characters, taking several minutes away from playing the actual game, and while it can be fun to mix-and-match chain combos in particular, everything else needs to be streamlined better. 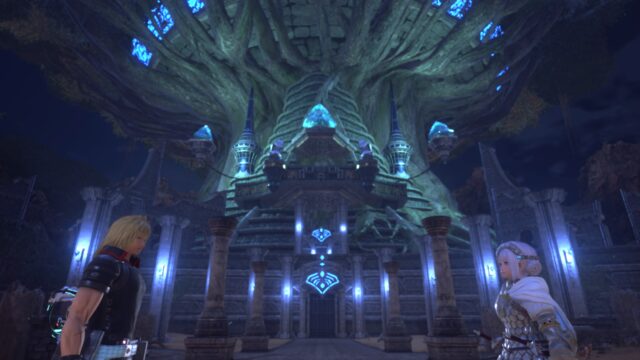 Ray and Laeticia near the entrance of ancient ruins in Nihlbeth

Some of the art design choices in Star Ocean: The Divine Force are questionable. Character models are lifeless with very stiff animations that are reused constantly. This often makes for an awkward scene when a motion doesn’t fit the dialogue. Even in the pause menu 3D character models are flat with the plain text and UI following suit. Facial expressions barely exist and lip syncing with the English dub is distractingly bad. There are plenty of vistas and beautiful open environments that feel empty at times, but are still nice to look at. When the screen does have more going on, such as a small detailed area or in a packed village, there are small but persistent stutters that distract the player during their journey. Luckily, the voice actors are able to pull their weight as each of the characters are cast well with emotional ranges being presented admirably. The game’s soundtrack hits the right tones, swapping between wonderful melodies when exploring or moments of tragedy in the narrative. Not many things in The Divine Force’s presentation stand out, but the soundtrack is one that will certainly catch the player’s attention.

There’s a solid narrative foundation that can be built upon in The Divine Force.  D.U.M.A is an overall delight that provides the best aspects of the narrative as well as the most interesting features in combat and Bohld’or is an excellent antagonist that ties in perfectly to hammer home the intriguing themes. This foundation is weakened by the many gripes with the execution. For a game with the theme of evolution, many of the game’s systems are stuck in the past or never grew to be competent, creating an uneven experience that by the end makes it frustrating to finish. 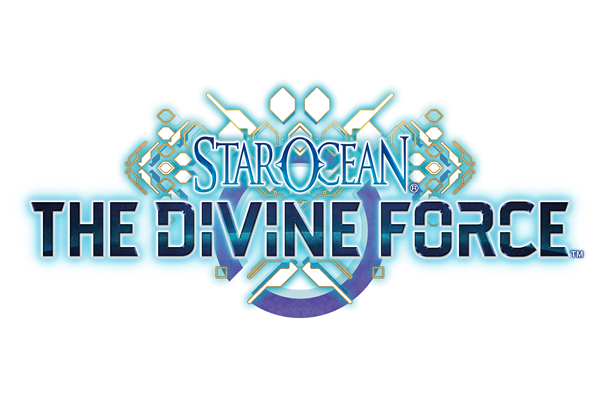