A Quick Return to Alola

For months Nintendo was not clear as to whether Pokémon Ultra Sun & Ultra Moon would be a direct sequel to 2016’s Pokémon Sun & Moon, or if it was a “third version,” akin to Crystal and Platinum. Even if Ultra Sun & Ultra Moon were altered re-releases of the first set of generation seven games, there seemed to be enough changes to the original games to make it feel like new. After becoming the Champion in Pokémon Ultra Moon, I can’t help but feel like I’m largely playing the same game, and only a year later. There are enough improvements that I would recommend Ultra Sun & Ultra Moon to those who haven’t played the original Sun & Moon. However, it may not be worth the revisit to Alola to someone who has, at least not so soon.

Although the trainer journey plot of Pokémon Ultra Sun & Ultra Moon is largely the same as the base game, there are significant changes to the main story. The player is still a newbie trainer who recently moved to the Hawaii-inspired Alola and undergoes the unique Island Challenge to become Champion of the newly formed regional Pokémon League. In Sun & Moon the player helps a girl named Lillie, who is trying to save a strange Pokémon, Nebby the Cosmog, from villainous forces as well as contend with the appearance of the Ultra Beasts. Much of this plot remains in Ultra Sun & Ultra Moon, but the game adds new characters (they differ depending on the version) who call themselves the Ultra Recon Squad and come from another world. They seek help from the people of Alola to stop the Legendary Pokémon Necrozma, which is threatening to awaken and go berserk in their home realm of the Ultra Megalopolis. The post-game Team Rainbow Rocket storyline is superfluous, but it is fun, and it’s neat fanservice for longtime players to see the past evil team leaders come back, some in 3D for the first time. Certain smaller plot points are altered or dropped entirely to streamline the story.

The story is better structured and more cohesive than in Sun & Moon, but the pacing of how the new material is introduced is awkward. Much of it does not come into play until the fourth island, which is about the last quarter of the game. There are new and altered scenes before then, but they tend to be minor. What is most jarring are the scenes with the Ultra Recon Squad. They pop in, dump exposition, possibly battle the player, then leave. Perhaps their appearances would be more organic to a newcomer, but for a returning player, their insertion into scenes seems forced. The plot line involving Necrozma is also over rather quickly near the end of the main game. There are some changes to certain characters as well. The aforementioned Lillie’s coming-of-age story is better realized, with the player actually getting to battle alongside her. The alterations to Lusamine, the President of the Aether Foundation, might be more controversial. Her motives make more sense and she’s more stable, but her more subdued personality arguably makes her less interesting than in her previous incarnation. Also, while the Ultra Megalopolis is built up to be this unique place that is very different from the usual world, it is, disappointingly, only a single and largely empty corridor in the actual game.

The Pokémon series has never been known for its deep plots. Sun & Moon is a step up from the previous X & Y, and overall, Ultra Sun & Ultra Moon a slight step above that, although how it compares to the story in the fifth generation games is up for debate. Yet the pacing issues and general sameness may be off-putting for those who have played the original version. 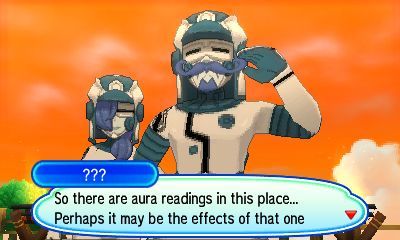 As to be expected with Ultra Sun & Ultra Moon being an upgraded version of the original Sun & Moon, the battle system and capturing of Pokémon is largely unchanged. New additions and alterations are made, usually for the better. There are new exclusive Z-Moves, which are the seventh generation’s signature battle feature. These special moves are super powerful, but they can (usually) only be used once per battle and a Pokémon must be equipped with a specific Z-Crystal. Among the Pokémon who get these new Z-Moves are Lycanroc, Kommo-o, Mimikyu, Solgaleo, Lunala, and the new forms of Necrozma. They don’t add anything particularly new to the battling scene, but they are flashy, and fans of these particular Pokémon may appreciate them.

The Battle Agency has been added as well, which challenges players to compete using an ever-changing roster of rental Pokémon. These battles are fun and engaging without being as difficult as the fights can get in the post-game Battle Tree. There is a noticeable increase in difficulty in battle compared to past games, although this may be off-set by another, sizable new feature. This can especially be felt in a certain late-game boss fight, which requires tactics normally reserved for the Battle Tree and online fights against other players. Pokémon games tend to be rather easy, so having challenging battles makes for a great change of pace.

A very significant gameplay addition is the Roto Loto, in which the player’s Rotom Pokédex will give a random item called a Roto Power. Most of these grant a boon during battle, such as boosting all of a Pokémon’s stats and doubling experience points. This occurs frequently, especially after major points in the main story. There is also the special Z-Rotom Power, in which Rotom will allow the player to use a second Z-Move during battle. Some of these Rotom Power items can make battles too easy, but the player can choose to not use them, or the Z-Rotom Power, if so desired. They can be useful for reducing tedium, such as grinding experience points and making it easier to capture Pokémon. Of course, it wouldn’t be an upgraded version without an expanded Pokédex, meaning players can register a total of 403 monsters, instead of Sun & Moon‘s 302. This includes five brand new Pokémon, the first time in the series that completely unique creatures have been added mid-generation.

Ultra Sun & Ultra Moon sport a slightly, yet noticeably, different user interface. The colors are brighter and buttons pop out more than in the original version, which already had a fantastic UI. The ability to save the game by pressing the Y button while in the main menu is surprisingly convenient, despite only shaving off a few seconds compared to Sun & Moon. All of the UI conveniences from the original are otherwise the same, such as Pokéballs being readily selectable, and icons that make it easier to look up information about an item or attack during battle. The game still lags during Double Battles, Battle Royals, and Totem Pokémon battles, at least on an original 3DS, which can be irksome. 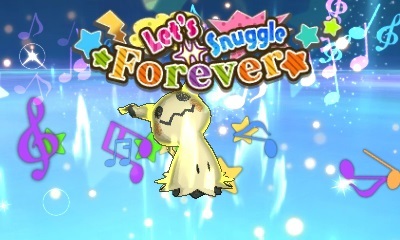 and ever and ever…

Several of the Island Challenge Trials are changed from their first incarnations, and there is even a new one for the Fairy-type Captain Mina, who previously didn’t have her own. While the changes are appreciated, the trials early in the game are either too similar or identical. There are various new non-battling activities introduced in this game as well. The new Mantine surfing minigame has the player perform tricks on the back of the manta ray-like creature in order to earn Beach Points (BP). These can be exchanged for special items and Move Tutor attacks. It’s a fun little game that is easy to get the hang of. The Alola Photo Club is a cute distraction in which the player can take pictures of their character posed with their Pokémon.

The Ultra Warp Ride through the Ultra Wormhole is another minigame as well as a means to capture rare Pokémon. The player rides on the back of Solgaleo or Lunala through this interdimensional space, running into yellow energy bubbles to increase speed and avoiding blue balls of lighting. Along the way, players will see portals of various colors, their appearance determining what kind of Pokémon may be encountered there. The Ultra Warp Ride is a blast to play, but it can be frustrating when trying to find a particular species. It should be noted that on the first ride, players must use the 3DS’s motion sensors to control the trip through the Wormhole. Afterwards, the player can choose to change the controls to use the Circle Pad instead by speaking to a certain NPC. The motion controls are imprecise and tiresome, but at least the first Ultra Warp Ride isn’t very long.

There are slight improvements to the game’s graphical prowess over the original. Environments are a tad more colorful, there are extra objects and background Pokémon running and flying around, and trainers are more animated when defeated. It helps to make Alola, already a beautiful region, stand out even more. The music in Ultra Sun & Ultra Moon is largely the same, with a few remixed battle themes. As with Sun & Moon, the soundtrack is atmospheric and fitting, but is a little lacking compared to the previous two generations. It’s difficult to put into words why, but it does not have the presence and power that the music in Black & White, Black 2 & White 2, and X & Y have. The battle theme for the fight against the aforementioned powerful boss is a major exception. It is a grand, scintillating track that blows every other pieces of music in this game and the original away with a Photon Geyser.

My feelings for Pokémon Ultra Moon may have been different if I had waited another year to play it and Pokémon Sun was not fresh in my mind. My opinion may also have been different if I had trained a new team instead of using most the same monsters I raised in Sun. Ultra Sun & Ultra Moon is still fantastic, especially since the original was a major shake-up to the decades-old Pokémon formula. The update may be overly samey to someone who has already played Sun & Moon, but it does improve upon the base game in several ways. The new version is a must for newcomers to either this current generation or to Pokémon in general. Ultra Sun & Ultra Moon is also pretty much necessary for players who want to battle competitively or are avid collectors and want to complete their Pokédexes. While I would have preferred direct sequels or have the changes be more substantial and better-paced, Ultra Sun & Ultra Moon is still a great swan song to mainline Pokémon games on the 3DS.