Yoko Taro is one of the gaming industry’s more colourful developers, though his titles at Cavia — notably the Drakengard series and NieR — fall very much into the cult hit side of things. However, his stock has very much risen into the mainstream upon teaming up with PlatinumGames to release NieR: Automata in 2017. Now, two years after its initial release on PlayStation 4, a NieR: Automata Game of the YoRHa Edition bundle has emerged. Though it’s strictly a bundle without any new content, it offers a fine excuse for those who missed one of the many standout titles from an incredibly packed year to catch up.

NieR: Automata is set on Earth several thousand years after the events of NieR in the midst of the lengthy war between the androids created by humanity and the machines created by invading aliens. What remains of humanity itself is locked away on a base on the moon and day-to-day command is left to the wholly AI force of YoRHa to fight back against the alien’s proxy machinations. Players start controlling 2B, member of an assault squad of female androids whose mission begins poorly with the remainder of her squad wiped out and results in her self-destructing to try and accomplish the mission. Fortunately, for an android this doesn’t mean death, as her data and memories are booted into a new body back at the orbiting base called the Bunker. 2B teams up with support unit 9S, who initially came to her rescue and self-destructed with her in the aforementioned opening mission, and returns to Earth on a mission to link up with an on-the-ground android resistance movement and find out more about what the machines are currently up to. Joining the two are their individual flying AI pods, which provide ranged attack capabilities in addition to general support and monitoring roles.

Those familiar with Yoko Taro’s previous works will not be surprised to learn that the initial playthrough, including the first run of credits, is only the first part. Once the initial run with 2B is done, players can load up their save and instead play as 9S, though this “B” route is mostly just a repeat of the initial “A” route told from a different perspective. Following this is a third playthrough, which follows the events after those initial routes and leads to the three remaining full endings. There are also several minor non-canon endings, each assigned to the remaining letters of the alphabet that are accomplished generally by failure: either actively ignoring and walking away from what’s going on or doing very ill-advised things. It should be noted that though the game is most definitely connected to NieR and directly effected by its events, playing the predecessor is not important, and players can find plenty of additional optional indexes that provide a picture of how the current situation follows from what happened before. 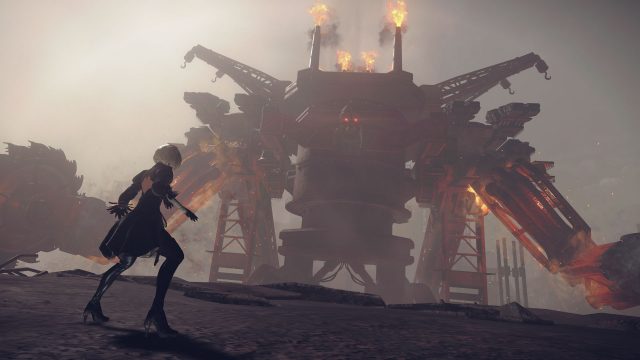 Machines come in various sizes. Most of them are thankfully much smaller than this one.

Despite its sometimes-awkward structure, NieR: Automata has a fascinating narrative that makes highly effective use of its themes. The game does a great job introducing elements and motifs throughout its length as secrets are revealed that put wholly new spins on the behaviour of both the androids and the machines as the game goes on. The sense of purpose, what it is to be human, and self-determination all come up in important ways. It’s certainly not the most uplifting tale, and there’s a sense of melancholy that is entrenched throughout, working hand in hand with the entire game taking place around the ruins of once-thriving city, but NieR: Automata has more than its fair share of memorable and emotional moments. The characters are all engaging and the evolving partnership of 2B and 9S is another area the game does a fine job conveying. The contrasts, connections, and sometimes strangeness all build off each other to create a thoroughly engaging and thoughtful tale.

Combat is generally a fast-paced affair with lots of hacking and slashing. 2B has two weapon slots to equip — the first assigned to the light attack button, the second to the heavy attack button — while 9S can only equip a single weapon to the light attack slot, but makes up for it by being able to attack enemies for large damage if successful in a brief hacking mini-game. Meanwhile, the pod is equipped with a ranged weapon type and a special attack trigger. Players can also create two loadouts for both their weapon and pod selections, which can be switched between on-the-fly while in combat in the same menu that allows for quick use of healing items. There is also a trigger to lock onto an enemy as well as to dodge and sprint.

There’s a pleasant amount of depth to the combat, though the game doesn’t do the best job of explaining or getting the most out of it. Elements like timing, holding down the attack button, etc. can change the particular attack used by the controlled character. However, the only real element that seems to be of importance in being victorious is the player’s ability to dodge. Being able to pull off the fancier attacks matters little in the grand scheme of combat, and it feels more worthwhile to just keep things simple on an offensive side in order be able to focus more on dodging correctly. In addition to the action RPG fights, there are also several shoot-’em-up/twin-stick shooter sections that last for a few minutes each, as well as 9S’s brief hacking mini-game. They serve as a momentary change of pace, though don’t really do anything on top of the very base elements of the genre. 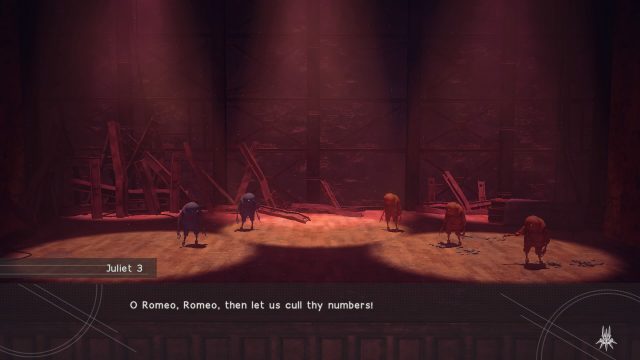 Not even the Royal Shakespeare Company comes close to the machines’ mastery of the bard.

NieR: Automata‘s combat is accommodating of all players, as the difficulty can be readily switched between four options from the pause menu, with the easy setting even coming with a toggle that effectively turns on an auto-battle mode. It should be noted, if only because the game itself takes great pains to inform players of the fact, that NieR: Automata doesn’t include an autosave, though quick saving is readily done in a couple of seconds at the consoles scattered around and there’s very little chance that players will accidentally lock themselves into anything.

Thankfully sidequest completion is carried over across the playthroughs so don’t need to be redone in every time, but there is still more repetition than needed. The “B” route can get tiresome, particularly as players repeat conversations and tasks, while the third playthrough also suffers from having players get stuck in more battles and taking a bit too long to get to the point at times. Sidequests provide some interesting vignettes that add to the setting, but equally often amount to a lot of busy work that requires players traipse back and forth around the city and its surroundings.

Level-ups are a strictly automated affair, but players can put their own stamp on things by finding and assigning plug-in upgrades. There are lots of these passive bonuses to obtain, usually be finding them in chests, purchasing from shops, or as quest rewards. There are lots of plug-ins to find and equip, with a limit on how many can be equipped at a time, though those who don’t want to spend time faffing around can quickly and easily let the game set up their plug-ins in balanced, offense-focused, or defense-focused loadouts for them. There are also plenty of different weapons and pod options to find and unlock, in addition to a couple of upgrades for each. 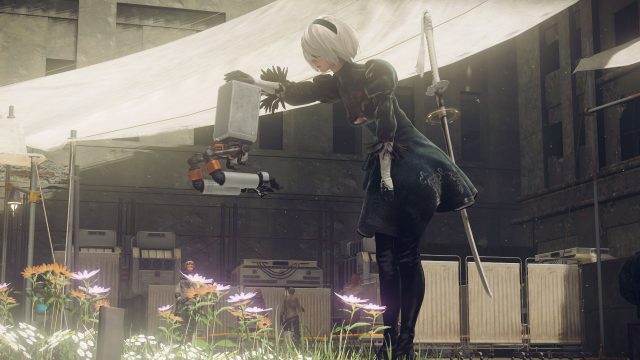 NieR: Automata’s soundtrack is simply sublime. The Keiichi Okabe-led score, with contributions from Keigo Hoashi and Kuniyuki Takahashi, provides numerous beautiful pieces that transition together nicely and does a superb job matching the overall melancholic nature of the game. Meanwhile “Weight of the World” and its variants go down as some of the better ending themes around. The voice acting is also strong, and special note should be given to 9S’s actor Kyle McCarley’s performance, particularly during the third route. The audio works well with the game’s themes, and the computerised voices of the machines often provide an interesting contrast with some of their attempts to be more human.

The environmental designs are all a bit generic, but the main character designs are nice and the animations throughout very strong. There’s a good contrast behind the clunky machines and the elegant androids. NieR: Automata also isn’t afraid to make heavy use of the fourth wall sometimes treating the UI as part of what that characters actually see. There is also clear effort to use colour, and sometimes use a lack of it, that helps to punctuate certain scenes or scenarios. There’s also plenty of neat camera work as the game switches between a controllable behind-the-back floating camera before zooming away to a side-on, platforming view when running down corridors and gangways. There are also handy options to help reduce potential issues for those who may suffer from motion sickness.

Yoko Taro’s reputation may encourage some to approach NieR: Automata with caution but they need not do so. The game is highly welcoming to players from all walks and well worth the twenty-five or thirty hours it takes to get through the full story. There are annoyances, such as some unnecessary repetition, and it never really challenges as an ultimate gameplay experience, but these are more than made up for by the excellent presentation of fascinating story with intriguing and strongly-utilised themes. 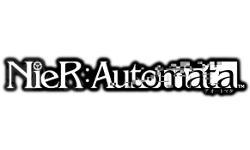