Ni no Kuni: Wrath of the White Witch Review

I wish I could say that Ni no Kuni: Wrath of the White Witch is one of the best JRPGs of this generation. It certainly had the potential to be. As a joint venture between Level-5 and Studio Ghibli, the game sports an inspired visual design, a loveable cast of characters, and a story filled with charm, humor, and touching moments, everything one would expect from both companies. Unfortunately, for everything that Ni no Kuni does right, it does something equally wrong, and this duality has an impact on almost the entire game.

Things start off strong, if somewhat truncated. The game opens in Motorville, USA, an idyllic small town in what appears to be the 1950s. Oliver is a young boy growing up with his mother and getting into all kinds of trouble. He and his friend Phil have created their very own roadster and slip away late one night to try it out. Things don’t go as planned, and the car wrecks, dumping the small boy into the river. As Oliver struggles to keep his head above water, help soon arrives in the form of his mother, who dives in and rescues him. Sadly, his mother’s weak heart gives out from the effort, and she passes away soon after. Days later, Oliver sits in his room crying over a stuffed toy his mother had given to him when he was little, which causes the little thing to magically come to life as Mr. Drippy, a Welsh-accented fairy who tells him of another world, a place where he might be able to find a way to save his mom.

The other world is one of magic and monsters, and every person and animal in that world is extricably bound to a soulmate in Oliver’s. It’s his mom’s soulmate that he decides to seek out, but unfortunately, he learns that she is a powerful wizard who was defeated and captured by the evil dark djinn, Shadar. In order to rescue her, Oliver will have to learn to become a wizard in his own right, and put an end to Shadar’s tyranny himself.

Much of the story is dedicated to themes of escapism as Oliver travels across this magical world, making new friends and fixing people’s broken hearts. Everything that occurs in the other world mirrors Oliver’s in some way, particularly among the main characters and their soulmates in the real world. It’s equally dispiriting and uplifting, and for the first forty hours of the game, the tale is a truly fantastic one. Unfortunately, the last ten hours of the game, the “White Witch” saga which was added for the PS3 version, feels tacked on, unnecessary, and actively undoes much of what was accomplished by the rest. The entire chapter feels more like cheap DLC than an actual part of the story. Worse, the ending to this chapter is so incredibly short that it was literally over before I could even finish tweeting that it had started. The entire segment feels like a complete waste of time, and actually detracts from the game as a whole. Had the entire thing been cut from the game completely, it would probably have been better off. 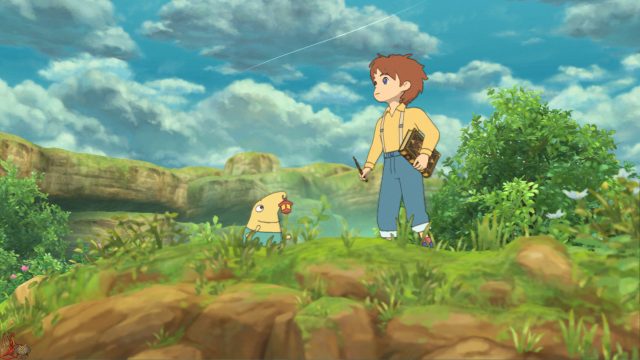 A right proper adventure, this is, Ollie-boy!

Much like the story, Ni no Kuni‘s gameplay does a lot of things right while failing nearly as often. As Oliver journeys through the other world, he learns dozens of new spells that can help him in a myriad of ways. These spells are used in terrific ways in order to traverse the world and explore the various dungeons. A colossal number of side quests can be picked up from the various “Swift Solutions” shops set up in every town, and the rewards for completing them are numerous. Not only does each quest generally come with both an item and cash reward, but players also earn merit stamps which can be used to purchase permanent, passive bonuses to various areas of the game. Ni no Kuni even features a complex alchemy system, and new formulae become available at regular intervals throughout the game. Ni no Kuni handles adventure better than almost any other JRPG to be released for this console generation. There is so much to do and so many facets to explore, the design of the world itself is one area that Level-5 got nearly perfect.

The combat system is a bit more hit and miss. The party members participate in battle, one controlled by the player and the other two handled by some excruciatingly bad AI. Each character can have three familiars that they can switch between at will during combat, and new familiars can be acquired over the course of the game much like the Pokémon series. The characters themselves can also participate in battle, making use of spells and abilities unique to each of them. While the combat system can be fairly enjoyable, especially during the incredibly engaging boss battles, it can also be surprisingly tedious. Normal battles tend to be fairly unengaging, with the most efficient route to victory usually being the basic attack command. Though the game plays host to an impressive number of spells and abilities, the MP costs tend to be incredibly high, and character MP pools are frustratingly small. And with the AI being particularly unintelligent, it’s not uncommon for AI-controlled party members to blow their entire MP pool in the first twenty seconds of a fight, especially early in the game.

Probably the biggest offender in this department is the method by which new familiars are acquired. It’s completely, totally, one hundred percent random. Every time a creature is defeated in battle, there is a small chance that it will fall in love with Oliver and his companions, at which point it can be captured and added to the list of available familiars. The odds of this happening increase depending on how much stronger the player is than the potential familiar, but trying to capture a specific creature is an exercise in frustration. Worse still are the handful of sidequests which require players to catch specific ones, a task that takes far longer than it ought to. On a positive note, once a familiar has been caught, the progression system they utilize is fantastic. All familiars can metamorphize twice, and players can choose between two final forms that learn completely different special abilities. On top of that, players can feed their familiars special treats, which increase their stats and cause them to become friendlier. They can even gain new trick slots, which give them access to more abilities in battle. 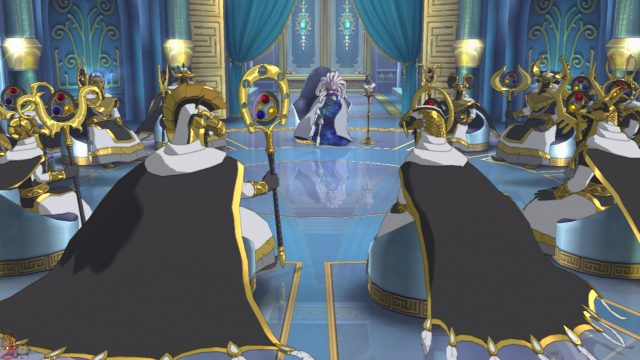 By far the most innovative and interesting facet of Ni no Kuni is the Wizard’s Companion, a 340 page book containing information on spells, items, enemies, and even a dozen short stories. Though only a handful of people lucky enough to score the special Wizard’s Edition version of the game will have the physical version of this book, a complete digital version is included in the game itself and is used to terrific success. In particular, players will encounter a character several times over the course of their travels that poses riddles to solve, the answers to which can be discovered by searching through the book. It’s a very unusual gameplay mechanic deserving of special recognition. That said, it’s worth pointing out that there are a number of pieces of information contained within the book that never see use in the game itself. The most unusual of these is a set of thirteen spells that can never be cast, but apart from one of them, no explanation for their presence is ever given.

Of course, the one area Ni no Kuni never falters in is its aesthetic charm. From top to bottom, the game is visually stunning. The simple character designs and bright colors are typical of Studio Ghibli’s acclaimed work in the anime industry, and they’re brought to life with terrific cel-shading. Every new area players visit over the course of the game is unique and exciting, and the level of detail in some of the environments is astounding. The audio is equally fantastic, particularly Joe Hisaishi’s terrific score. The entire soundtrack is fully orchestrated, and by the Tokyo Philharmonic Orchestra nonetheless. The tracks range from grand, sweeping epics to jubilant ditties to gentle travel music, and it’s easy to find oneself humming along. The voice acting, although surprisingly sparse for a game of this caliber, is quite good, particularly the use of accents. There are times when the dialogue sounds a bit off, but for the most part it holds up very well.

Ni no Kuni: Wrath of the White Witch is a very good game, but it features far too many easily-remedied design flaws to ignore. For players who can look past these flaws, however, a terrific adventure awaits. For all its faults, the game’s charming story and loveable cast is one of the most memorable of this console generation. JRPG fans would be remiss to overlook it, but should also be aware that it’s far from perfect. 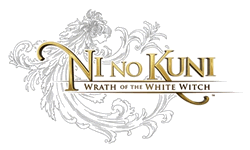