Mass Effect: Andromeda is a divisive title, and understandably so. There will be those expecting the game’s fresh start in a new galaxy with a completely new cast to allow the game to come in with new ideas and big updates. On the other hand, there be will those just wanting more of the familiar experience they previously enjoyed, perhaps with a renewed focus on the exploration that came in the first game. With Mass Effect: Andromeda, it’s the latter group that will easily be happiest; though there are a few new ideas, the game still doesn’t deviate much from BioWare’s last couple of titles.

As mentioned, Andromeda marks a clean break from the original trilogy, at least story-wise. The species of the Milky Way have embarked on a colonisation effort to the neighbouring Andromeda galaxy sometime between the first and third games, one that requires its colonists spend the six-hundred-year journey in stasis. Players control one of the two Ryder siblings, crew members of the human ark ship Hyperion and the offspring of Alec Ryder, the effective leader of the expedition to find a new home. However, upon arriving in Andromeda’s Heleus Cluster, things are not as habitable as previously thought. A mysterious force called the Scourge permeates the sector and causes havoc with any ecosystems it comes by as well as destroying any ships that run into it. However, some highly-advanced techonology left behind several hundred years ago looks like it may be the key to undoing the damage, and upon its discovery the relevant Ryder sibling ends up as leader of the expedition.

One of Andromeda‘s biggest issues comes in the form of a weak early narrative. The initial part of the game just doesn’t doesn’t do a good job of igniting interest. Players are simply dumped into a couple of uninteresting locations along with a generic hostile force. Though some things regarding the main three aspects of the plot — the hostile Kett, Remnant technology, and the Scourge — are given some interesting reveals later, the way the reveals are handled coupled with the early fumbling raises curious doubts about the whole premise. Obviously the writers didn’t want to reveal everything in the first game of a new series, but these parts don’t feel anywhere near as well thought out as comparable parts of the original trilogy. 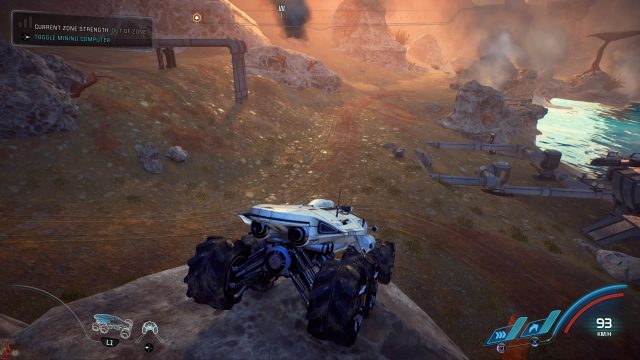 Thankfully, once players are done with their trip to Habitat-7 and initial visit to Eos things start to pick up significantly. A lot of this is due to the Angara, the one new non-hostile race and a very welcome and interesting addition to the series. Here Andromeda gets to explore some of the expected issues with first contact and it also allows the game to get back into one of the series’ best aspects, where players get to learn more about a new species’ unfamiliar culture. It finally sparks a clearer direction for the story and makes the game a whole lot more interesting. A worthwhile ending sequence wraps the game up nicely, though the overall plot doesn’t fully get over its early missteps and leaves a few holes open.

While the gameplay in Mass Effect 2 and 3 was very much driven by combat, Mass Effect: Andromeda returns to a heavy focus on exploration and expansive locations. The major planets visited all come with large zones filled with plenty of areas of interest to explore for the many sidequests on offer. Completing all of the content will run the game clock to around eighty hours, and though taking the critical path will finish things in much quicker time, doing so completely defeats the purpose of the game and will ensure less than ideal outcomes for certain characters in the final sequence. A certain type of sidequest, tasks, can often be safely ignored and don’t have much impact on any overall narrative by themselves, but the rest blend in well with everything else going on.

This especially applies to the more personal sidequests for Ryder’s allies and crew, where Andromeda‘s narrative is easily at its strongest. The personal storylines are highly engaging and frequently quite touching as the characters deal with their own issues. Although the cast may not reach the same level of immediate endearment that certain members of the original trilogy managed, they are still engaging and a big positive. A change to the conversation wheel is also a welcome part of the game. Andromeda removes the black and white Paragon/Renegade responses, instead dividing them into four potential groups based on personality traits — emotional, logical, casual, and professional — as well as the usual request for more information and obvious flirt responses where appropriate. This lets Ryder appear a bit more balanced, though at the cost of many of these particular response types not appearing to have any effect on things (there are still plenty of obvious decision points, however). Little touches like the e-mail terminal also help to provide some outstanding depth and great character building moments.

Andromeda provides more flexibility to combat. Moving into cover is now entirely contextual, if players are in position they will use it automatically. The new jet-pack also offers more freedom of movement for players and enemies, encouraging players to stay on their toes for the most part. Combat feels a bit less tactical and planned than previous entries, but it’s still very strong and there are a lot of fun ways to combine skill and weapon options. Some great fights are present, if few and far between, particularly the optional fights against huge Remnant Architects that become available once most of a planet’s sidequests are finished. Though many other things about the game feel very similar to prior entries, the changes to combat provide a decent evolution from the previous couple of games. 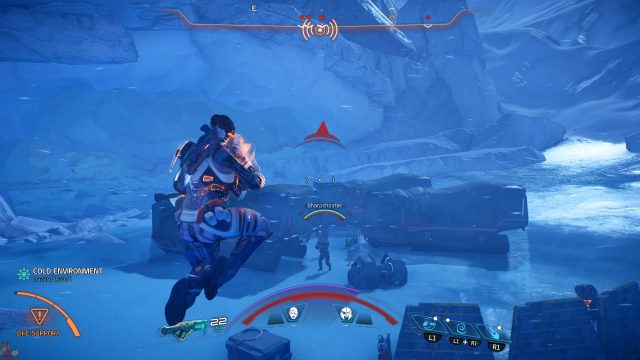 It’s no hoverboard, but it’s a start.

Players are at last given freedom from the class-based system of the original trilogy, having access to the full gamut of all three skill trees. Though specialisation is still a perfectly valid way of going about things, having the ability to mix and match is very welcome, and level-ups are frequent enough to let players have fun experimenting with different builds. There’s also an easy way to reassign skill points back on the ship. A pretty deep research and crafting system provides some good options for players to tailor their loadout and weapons to their liking, though the full set of options looks a bit overwhelming initially and many players will likely be tempted to ignore it at first.

There are some other aspects that look to add a bit more depth but won’t really matter in the grand scheme of things to most players. Planet scanning returns in a more understated way, individual planets or systems many have one or two anomalies to discover, usually providing experience or loot, and there are no probe or fuel supply concerns to worry about. There is also a strike team system that combines with multiplayer as a further method to earn crafting materials or other such rewards if needed, but which can also be readily ignored. Unfortunately, the multiplayer does not seem nearly as interesting as it was in Mass Effect 3. A very unclear UI when first entering, the more chaotic combat system, and its mission strucutre of several waves of enemies fail to provide any engagement from the outset.

Mass Effect: Andromeda‘s visual design is excellent, at least when it comes to environments. All the distinct planets look great. Character models are generally good, but do have some issues in the facial animation where the uncanny valley is reached every now and then, and BioWare still hasn’t figured out how to do lighter hair shades. Animations are occassionally a bit wonky, but these are few and far between and never distract from the overall experience. The audio is also very strong. The music drifts nicely between providing a spacey background in complement to the setting and a rousing up when required, particularly during the final few missions. The voice work is strong throughout, with an appreciable collection of accents. A potential audio annoyance is that the game does not continue or start dialogue during its incredibly frequent autosaves. The autosaving at least means deaths won’t push players back any more than a couple of minutes, but it forces some odd silences while the game waits to finish saving.

Opinions of Mass Effect: Andromeda will differ greatly based on expectations. The game still provides many hours of enjoyment and lots of the good things that fans have come to expect, but those hoping the series uses this opportunity to take another giant leap may find themselves brought back to Earth with a bump. For everything the development team has done right, there is a little misstep that holds it back, particularly when building the overall story. It’s still a highly enjoyable game, but not as stellar as many might have hoped. 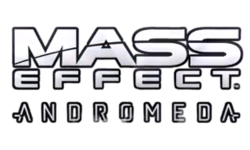