A Multiplayer Table for One

Each adventurer begins by selecting character traits which tie into their character growth before setting off on an epic quest to collect myrrh from various mystical trees hidden in dungeons so that their village may stave off the poisonous miasma permeating the world. Crystal Chronicles is a game that focuses on the journey as opposed to the destination, as every three drops of myrrh collected from dungeons mark a year of progression on the calendar, and an additional year of protection and existence for the adventurer’s village.

Along the way, players will engage with other characters in cutscenes, ranging from the enigmatic Black Knight to a familiar friend named Stiltzkin. While relatively short, each cutscene features voice acting from such heavy hitters as Xander Mobus, Sean Chiplock, and Cassandra Lee Morris. These moments can be reviewed in the player’s diary, and comprise the greater depth of the game’s story which grows to finding the source of and eliminating the miasma. This greater narrative is nothing new to those well versed in RPG story-lines, but serves its purpose and does not detract from the experience. 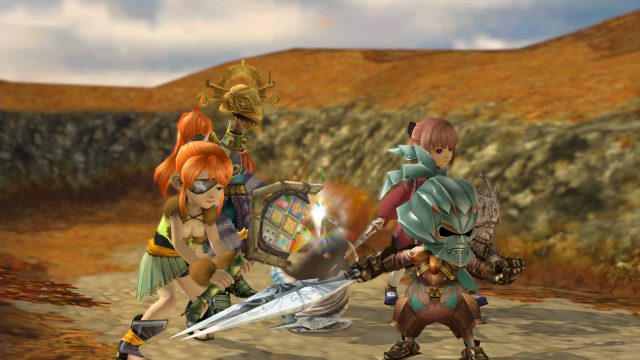 The simple action RPG battle system presents players with slots to assign actions such as attack, defend, magic, or item use. Attacks may be charged, requiring the player to stand in place a requisite time similar to spell casting in order to unleash more damage. All these actions must be performed while in range of the chalice, the player’s device for collecting myrrh, which provides a circle of protection against the poisonous miasma. This often works as an annoyance, as all the animations and movements are limited to a small section of the screen, leading to players losing track of their avatar.

There is no MP aspect to this game or any other resource to limit players’ ability to spam spells. Once a player has found the specific spell orb for the dungeon, their only hindrance is the cast time and limited number of command slots. The game’s difficulty is trivialized by this, as upon finding the cure spell, players must only exercise smart tactics in enemy engagement to never risk death. Even should the player fall in combat, Phoenix Downs are prevalent and dungeon progress is not lost if the player does not have one. Instead, upon death, the player is brought to the beginning of the dungeon and must traverse back to their point of progress, though all pickups are retained and previously-defeated enemies do not respawn, giving death very little meaningful consequence.

Dungeons consist of branching pathways sometimes leading to treasure, other times leading to a gate needing a key dropped by a specific enemy. At times, progression hinges on finding one specific enemy holding a key, and at others an entire area must be cleared before the boss appears. None of the main story dungeons are particularly difficult. 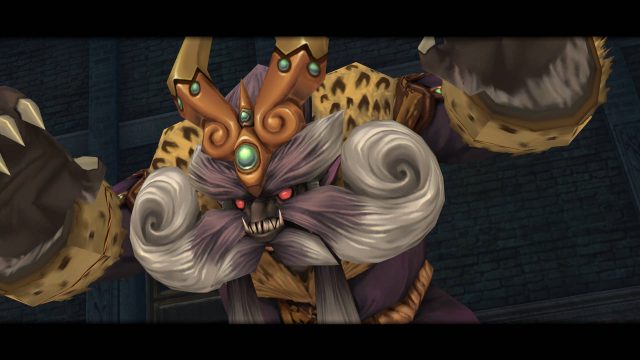 Imposing bosses wait at the end of each dungeon, dwarfing the player in size and power

The boss fights often feature easily ascertainable mechanics that change as the battle progresses until the big bad’s health bar is depleted. Afterwards, the adventurer collects their myrrh, receives a letter from home, and is tasked with selecting one artifact to keep permanently from the pool of collected artifacts, which vary based on the in-game year and how many years have passed since the last time that particular dungeon was cleared, which works for a simple playthrough but creates tedium for more completionist style players attempting to collect all the artifacts.

While the game’s single-player experience is still ok after all these years, multiplayer issues continue to plague what should be a smooth experience with friends. Matchmaking is online-only and region-locked, so friends in different areas of the world cannot play together, with multiple issues present at launch. Multiplayer is also limited exclusively to the dungeons themselves, with party creation upon entering the dungeon and dissolving upon its completion. Perhaps worst of all, only the party leader retains story progression. Post-game dungeons may be the most appealing multiplayer target, but even those rotate on a real-time schedule. 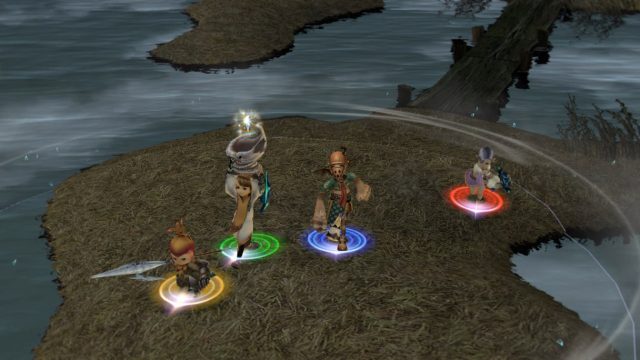 One player must carry the chalice for movement in dungeons, while solo players have the assistance of a moogle

The music is one of the game’s strongest features and cuts down on the fatigue of some of the game’s longer dungeons and the repetition of grinding out specific artifacts. Kumi Tanioka’s score for the original game already captivated listeners, and the enhanced audio of the remaster truly lives up to the Final Fantasy name. The music is relaxing and sets the mood for each stage’s environs; forests of overgrown mushrooms, a monstrous manor filled with Tonberries and Ahriman, or a volcanic crater to name a few.

The visuals are a serviceable upgrade from the original game, and even charming. However, Crystal Chronicles does suffer from noticeable frame drops, though the inconsistent frame rates are largely limited to the beginning of a map. On top of framerate issues, each map encounter or transition from one area to another, leads to a load screen, while cutscenes on the world map hit the player with interruptions on either side. Each load screen lasts upwards of a minute and while they don’t ruin the experience, they slow the pace far more than simply encouraging the player to stop and smell the roses. Their most obstructive and immersion-breaking presence is between sections within a dungeon where they bring an immediate halt to the flow of the action.

Final Fantasy Crystal Chronicles Remastered presents players with an enjoyably short yet not overtly memorable single player experience with enough restrictions and issues to multiplayer matchmaking that only the most dedicated of fans will want to overcome. In an attempt to bring the game to a wider audience with a less cumbersome barrier of entry, Square Enix has over-complicated the experience once again.

Just a mid 30's gamer from Texas with a love of strong stories and stronger characters.