There was a time when, if asked if I would play a Dragon Quest game, I would shyly say “no” and not elaborate. In hindsight, this is largely because my introduction to it, back in the mid-2000s with Dragon Quest VIII, came at a strange time in my gaming history. I had a very particular taste in JRPGs. I loved the ones that took themselves way too seriously, and featured a convoluted storyline. Dragon Quest VIII, with its slime enemies and silent hero, felt too “silly” for me. I promptly sold the copy I pre-ordered back to a local GameStop and didn’t look back until recently with the release of Dragon Quest XI S: Echoes of an Elusive Age – Definitive Edition. Now available on PC and major current consoles, Dragon Quest XI S is not only a great JRPG, but is the perfect entry point for hesitant veteran RPGamers and newcomers alike.

In Dragon Quest XI S, players step into the silent shoes of the Luminary, a fabled hero from the days of old sent down to save the world from darkness. From humble beginnings, the main hero’s story starts with the day he becomes an adult through a rite of passage. Much like any JRPG narrative, things quickly become darker and treacherous, and the silent protagonist, together with the friends he meets along the way, sets out to conquer evil before darkness takes over. Dragon Quest XI S’s narrative is deceptively simple. It’s a classic adventure story on the surface, but as the player progresses, it reveals to be very self-aware. There were many times during the 80+ hour playthrough in which the game cheekily calls itself out for being full of these traditional tropes, only to then subvert them after letting players assume they know a character. The English voice cast do a great job of adding a dialect-diverse feeling to the world and help to bring the tongue-in-cheek traits of the story to life. All these narrative components helped to make some of the more predictable story beats more engaging. 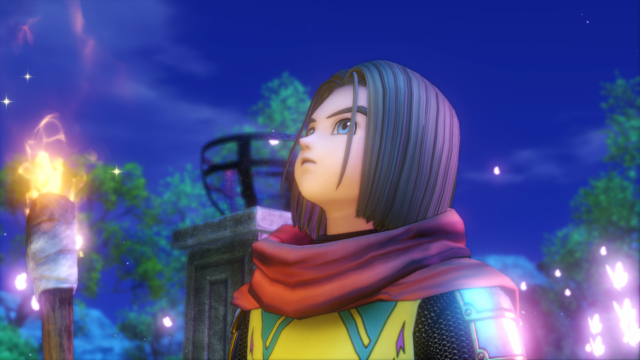 The Luminary is a silent protagonist, but his story is fleshed out and shows how the character trope can be traditional yet compelling.

Many gamers will find themselves taken aback by the narrative’s more heartfelt moments, as characters who start out seeming like thinly drawn archetypes show surprising amounts of depth. The story itself does this too. Players will be missing out on an entire part of the story if they decide to move on from the game once the credits begin to role. Marked by some as the “true ending,” it not only adds more context to the main story but offers a much more satisfying finale than the initial ending. It is meaty, narratively subversive, and adds around twenty hours to the gameplay.

The definitive version of the game also adds more depth to the main characters as well as some post-story player choices like giving the Luminary the chance to settle down with one of his allies. Players should note that the main character can only romance the female characters while the potential bonds with his male counterparts simply play out as deep friendships. This is a bit disappointing given fan favorite Sylvando shows the series isn’t shy about presenting characters who bend heteronormative stereotypes. While on the subject of characters, other main cast members show similar setbacks. There were times when some of the allies’s lines and actions felt forced and added for the sake of comic relief. Veronica is a great character but sometimes her “tsundere black mage” personality doesn’t fit with the tone of specific scenes. It also seemed unnecessary for one of the older characters, who is already perfectly deep enough, to be unnecessarily be typecast as the “old pervert.” 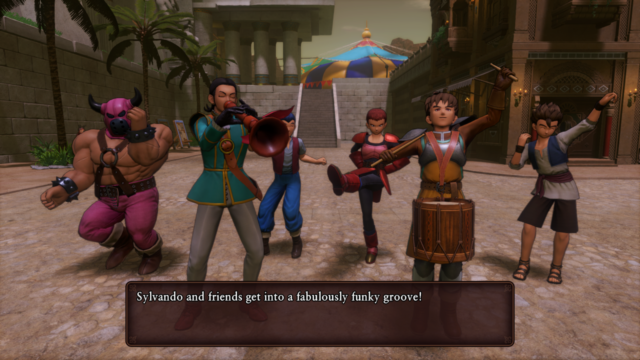 The cast of Dragon Quest XI S is stellar but some of its members are at times held back by the archaic tropes they’re forced to fulfill during certain story beats.

Dragon Quest XI S is unashamedly a traditional, turn-based JRPG. Players will experience a few cutscenes which will either hint or straight up tell them where to go, and can either beeline to that objective or spend some time doing one of the optional objectives. There aren’t too many side quests in the game as a whole, and they’re not very exciting but they do get their job done. The most alluring piece of side content has to be Tickington. Unlocked after the first dozen or so hours, Tickington is a 2D realm where ghostly creatures named Tockles dwell. These small locales pay homage to earlier Dragon Quest games and are littered with easter eggs. The combat is functionally the same, using the series’ traditional first-person view, with the 2D graphics even available for the full game in the 2D mode that can be switched to at the game’s churches. Players are rewarded for completing these vignettes with both extra experience and items.

Combat in Dragon Quest XI S is simple but satisfying. Each of the main characters has a few skill trees that players can choose from. For instance, Serena, who fills the healer archetype, can be equipped with a spear which can change her into an effective damage dealer. Mixing and matching party members to complement one another becomes quite addicting. There is freedom to choose and later respec characters as well, with the only penalty being a small fee for each set of skill points. Power-ups are available in the form of Peps. After taking a beating, party members will channel their inner strength and have access to special abilities that sometimes rely on who is in the party and if other characters are pepped up as well. 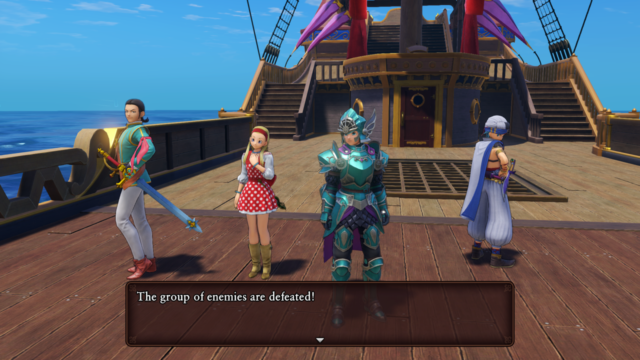 Combat is traditional and engaging in Dragon Quest XI S. Each character has a few different skill sets for players to choose from.

Dragon Quest XI S takes a few dings due to its presentation and music. Comparing the original PS4 version of the game with this port of the Switch’s S version shows that the game took a graphical hit, with some of the backgrounds and character models having a noticeable downgrade. NPCs load slowly and, at a certain distance, their movements look twitchy. Some of the details in the character’s outfits look grainy and blurred when the camera comes in for a close-up. This isn’t to say that Dragon Quest XI S is ugly, far from it. But it is hard to ignore when being familiar with the original’s beautiful rendering.

One great advantage that the S version of the game has over the original is the option to play the orchestral arrangement of the soundtrack. The original MIDI arrangement is still available for those who preferred it but it’s hard to recommend. It begins to grate on the ears after playing for over twelve or so hours, especially when the same tracks play on the overworld map, in many cities, and in battle. Unfortunately, even with the orchestral arrangement being strong, the aforementioned themes are reused too many times. There were moments in which it felt far more enjoyable to just turn off the music and let the ambiance take over. It’s a shame as the music of Dragon Quest XI S is often beautiful, but the extensiveness of its reuse takes away from it.

Dragon Quest XI S: Echoes of an Elusive Age is the perfect starting point for those who are new to the series. Many small quality-of-life changes help streamline the experience for players, additional content and costumes create more flavor to the story, and the addition of the orchestral soundtrack bolsters the experience. It’s a shame that the Switch port wasn’t re-rendered to give S the same graphic prowess as the original game, but even with its noticeable downgrades, Dragon Quest XI S is well worth the time. 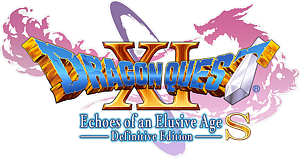