Children of War, Your Wounds Are Never Healed

Over the years, game developers have proven that there’s a lot of different ways to run a tactical RPG. They can be serious and grand in scale, or close up and personal. Some have been silly and strange, while others are simply horrifying. The game for today, Children of Zodiarcs, can be best summed up with one adjective: bleak.

Zodiarcs takes place within the walls of the great city of Torus, capital of an empire which aims to regain the glory of a past golden age. The ruling noble class had it built on the backs of foreign tribute labor, little of it voluntary, and the slums are filled with the descendants of workers who simply did not have a place to return to once the work was done.

It’s a society where the rich and mighy feast while the unfortunate scrabble for what crumbs may trickle down from gilded plates. Zodiarcs is oftentimes blunt and upfront with its social commentary, mixing elements of Les Miserables or Gangs of New York with a knowing wink to recurring issues in modern society. It makes for a compelling if very depressing story, but a lot depends on how much politics one is willing to accept in one’s fantasy. This is a game with a message, and it’s not a pretty one.

The heroine of the hour is Nahmi, an orphan of the slums whose entire nation was consumed by the rapacious imperialism of Torus. Her quest for eventual vengeance against the ruling nobles has earned her the nickname “the Ebon Flame,” and her reputation precedes her to the point that several major fights occur because of it. The game takes place over the course of one insane night, when tensions between the city guards, the various street gangs, and the cannibalistic zealots of the under-city boil up to the point where almost no one survives to see the dawn. For added tension, there is a four-battle side story included in the latter half of the game that parallels Nahmi’s travels and provides a very sad bit of context for one of the major battles. 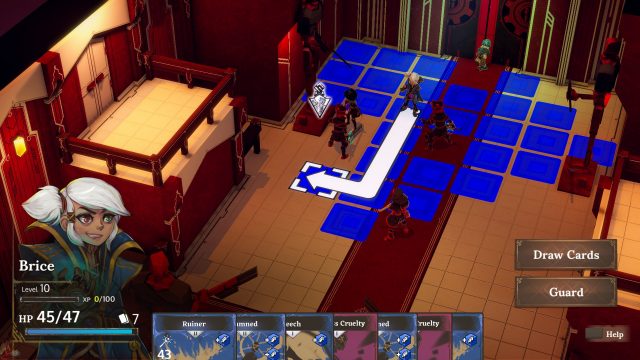 Brice’s cards had me kind of worried for a while.

While it is definitely a tactical game, Zodiarcs adds some interesting elements to the mix, namely cards and dice. Every character unit has a deck of cards, which enumerate the possible skills at their disposal. Most of the party members, both for the main quest and the side story, have unique card sets, while each of the three major factions have a variety of unit types with powers appropriate to their themes. These cards level up with the characters, increasing their attack power, unlocking conditional effects, or adding multipliers in the form of dice.

The dice are where things get mixed up. Characters have slots where dice can be equipped, up to six at higher levels, in addition to card-specific dice, bonus dice from stat boosts, and penalty dice from enemy curses. The icons on the faces of these dice vary a lot, but they fall into six categories. Shard icons add to the damage of attack cards, or to the positive effect of healing cards, with bonuses ranging from +1 to +9. Shield icons defend against reprisals and counterattacks, with a similar potential bonus range. Heart icons heal the wielder for five times the bonus on that face, regardless of what the card’s effect is. Card icons let the wielder draw one card per icon, while lightning icons give an extra action for that turn, but don’t stack. Finally, star icons help activate special effects on cards, like status effects or boosts. And, of course, there are negative versions for all these as well.

The game gives the player the option of rolling these dice manually, but depending on one’s input options this may be more trouble than it’s worth. The only real benefit to manual operation is that if the player is making a re-roll (allowed once per skill use), it’s technically possible to knock over other dice and thus change more than just the two allowed. Putting it on automatic removes this chance, but it also speeds up the process considerably. 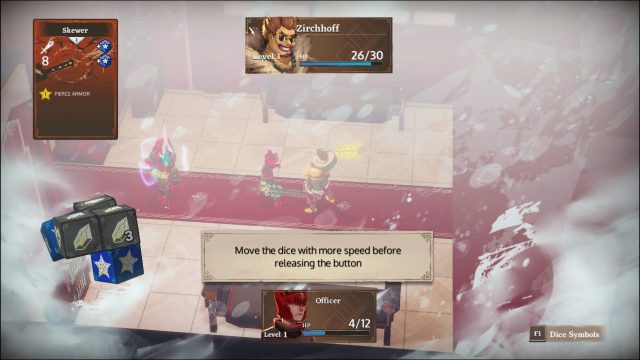 Gotta learn how to roll ’em…

Zodiarcs‘ soundtrack comes courtesy of French Canadian audio studio Vibe Avenue. There’s a lot of range covered over the course of the game, but the influence of Japanese game composers such as Nobuo Uematsu is apparent. Much like the game’s story, the music can get pretty heavy on atmosphere, so it’s a good complement to the experience. The only voice acting involves death screams, which is also quite appropriate.

The graphics in Zodiarcs fall into an odd category, somewhere above the polygonal 3D of the late PSX era but bearing a trace of the too-smooth feel of Flash-based animation. The environment design feels a bit blocky, and this is accentuated by the fact that the game’s engine apparently cannot allow for paths that go under other paths, i.e. there’s no way to walk under a bridge in this game. On the other hand, many maps have little graphical easter eggs hidden within them, with enough variation for it to be clear that the backdrop isn’t completely cut-and-paste. The character models are the best part of the graphics as a whole, with a variety of physical types and a range of body language that makes it easy to identify units quickly. 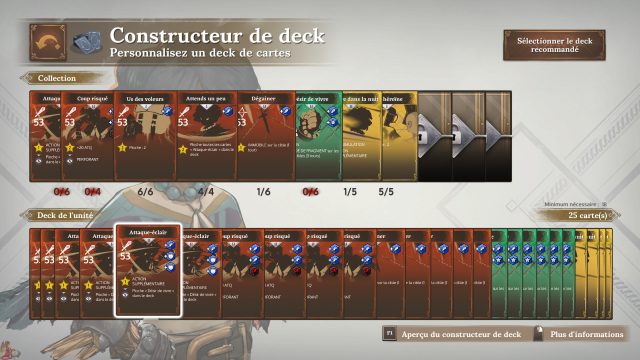 At twenty-some hours to completion, Children of Zodiarcs can feel like a long row to hoe. The weight of the story drags it down a bit, as it increasingly becomes obvious that the only character who isn’t fundamentally broken in some fashion is the weird foreign kid who only appears in the side story. Everyone else is a bundle of neurotic fears and psychotic motivations, shaken hard and unleashed on an unsuspecting narrative. But negatives for characters aren’t always negatives for the game as a whole, and Zodiarcs puts it all together well. It’s a good game, and I’m glad to have finished it, but I cannot stop wondering if certain points weren’t actually branching paths or plot flags in disguise, if there weren’t some way to eke out a happier ending from it all. That may be wishful thinking on my part, but it’s a small hope nonetheles. In a city as messed up as Torus, we need all the hope we can get.