I never thought in my wildest dreams that I would be playing an RPG where I date my weapons. While this sounds utterly insane, Kitfox Games’ Boyfriend Dungeon has a lot of charm, from calling dungeons “dunjs”, to make the runs all the more fun when you’re flirting with a cutie and cutting living martini glasses down to size. I’ve been waiting for this game to release since the Kickstarter happened back in 2018, so to finally have it on my Nintendo Switch is pretty exciting. While it’s not everything I envisioned, it’s a solid experience from start to finish.

Our main character moves to Verona Beach for the summer and takes a job as a monster slayer who plunders dunjs. Jesse, the player’s cousin, says that Verona Beach is a place for romance and that dating should be a priority while in town. While exploring the Verona Mall, the player meets lost sentient weapons who have had pieces of them removed. They also meet Eric, a man who is not all he seems and is pursuing the protagonist for a one-sided relationship, despite constant rejection.

While the main story of Boyfriend Dungeon is fairly simplistic, it’s the dates that truly steal the show. Each of the weapons has a wonderful and compelling story that keeps the player on a string of flings, eager to explore their companion’s storyline. From Isaac’s uncomfortable relationship with his father and his desire to help others, to K-pop star Seven’s fight with depression and stardom, each character’s story makes the player want to learn more about them.  As players run through the dunjs and level up their weapons, they are offered dates and, through these interactions, are rewarded with countless stories of people who want to better themselves but struggle with how. This formula of dungeon running and dating is incredibly addictive and Kitfox’s writing has a sharpness that makes the player come back for more. 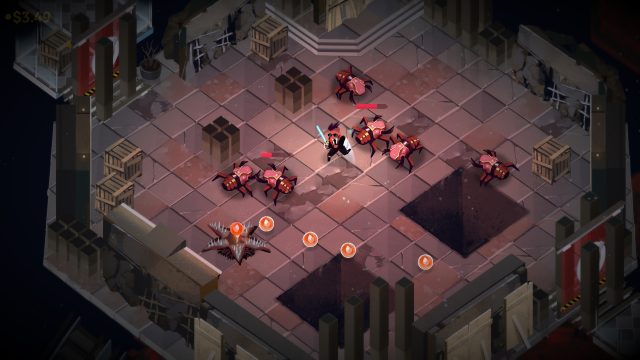 The game is not entirely without flaws, as the character of Eric has the potential to make players uncomfortable. Given he is a core part of the story, and a stalker, Eric’s presence can only be ignored for so long before the player must engage with him. His advances are very realistic, unbearable, but important to building the overarching narrative due to his relation to characters other than the player. Boyfriend Dungeon has a variety of uncomfortable subject matter, but this one may be the most alarming, so know that before booting up the game.

Outside of the dating sim component, the other purpose of gameplay is exploring the dunj. Players will select and equip a weapon, and as they hack-and-slash their way through enemies, finding crafting recipes for magic zines, gifts, and clothing, they gather experience points. There are two kinds of experience points: the player’s, boosting their health and how many health items and magic items they can carry, and experience for the dates, which receive more options as they level up and provide each weapon with new abilities. With a maximum of six dates per character, players will receive a variety of abilities that will help in combat, and, depending on weapon type, may be more offensive or defensive in nature. Players can also use magic in the form of zines, which can help when areas feel overwhelming. The battle system is simple and effective, with few bells and whistles, with the main draw being varying the weapons throughout the dunj crawl.

Each floor is randomized, and while it is encouraged to use all the different weapons, it’s also fairly easy to dominate the dunj with one or two favourites. Each weapon has its own personality and playstyle, as well as drawbacks in terms of how they handle different enemy types. For example, the scythe has a long area it can arc in, but is very slow, while the dagger is short-ranged but strikes swiftly. Players can switch weapons at the end of each floor, and it’s worth changing things up to build experience with each one — mainly for more sexy dates! 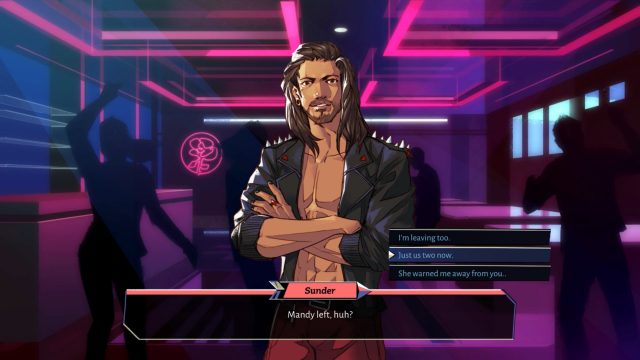 One of the main issues of Boyfriend Dungeon is that it is too short. Clocking in at five hours, the game only offers two dunjs and one final boss fight. It feels like a missed opportunity to have at least one more dunj for players to explore, especially given how short each floor is. While the writing is strong and the combat is serviceable, players don’t spend enough time with either to make the experience feel worthwhile. This game isn’t even given a chance to outstay its welcome because it barely gives the player enough time to feel as though they are a large part of the story and its world. The game truly needed at least one more area to explore to make it feel whole, but instead it ends too early to feel complete.

Boyfriend Dungeon is littered with beautiful still artwork, gorgeous character designs, and great animations throughout all the dating sim portions. In terms of the dunjs, each area is colourful and lively, and the enemy types are pretty silly, making them delightful to encounter. Who doesn’t love televisions with cable tentacles or crazy plump kissing lips chasing the player down for an unwelcome smooch? Boyfriend Dungeon’s soundtrack lacks variety, but what is there is quite good. The dating sections feature a calmer romantic selection of tunes, while the dunj is more of an energetic bop.

I was addicted to Boyfriend Dungeon for the two days I played it. While the game is not without flaws, I do wish that it had been longer. While having multiple flings in Verona Beach was a delightful romp, it always felt like there should have been more content than there was. However, I had so much fun playing this game, even when it became uncomfortable I still felt compelled to see where the story would go and how the characters would develop. Boyfriend Dungeon is the right kind of weird that keeps you wanting just one more dungeon run, even when it stalls out on you way too early.