Ar nosurge Plus: Ode to an Unborn Star Review

There seems to be a reviewing trend for me in that I always end up playing Gust games twice — first on PlayStation 3, and then when the inevitable Vita version arrives. Last September I had the honour of reviewing the PlayStation 3 version of Ar nosurge, which was a game I enjoyed but didn’t love. Weirdly enough, Ar nosurge Plus: Ode to an Unborn Star was a much more enjoyable version to replay, but it still wasn’t without issues.

Honestly, not much has changed in this version of the game. Players are still jumping between the perspectives of Delta and Earthes to uncover a larger mystery surrounding their ladyfriends, Casty and Ion. In the grand scheme of the game the plot is this: Cass and Delta are agents on a mission to find a song called Ciel N Protecta in order to stop rogue machines from harming people in the city of Felion. Meanwhile, Earthes is a robot who displays human traits, and has been tasked to protect Ion, a young woman attempting to escape captivity, only to unravel a larger mystery surrounding the game’s world.

The story is good, though the localization still has some faults. Though confusing at the beginning, the game’s overarching themes of human relations and seeking one’s inner self are clear from the start. The narrative will keep players guessing, and it’s intense. Furthermore, the game’s Genometics system also allows players to build and learn more personal narratives about the game’s cast of characters. However, if players do not attempt to complete every Genometic available for each heroine, the player will miss out on large chunks of background information and story. I have to admit, in this replay I managed to successfully complete every Genometic available to me in my playthrough, and it really did make a large difference in my enjoyment of the overall story. There’s just tons of emotion and tension, and the game does a great job of keeping the player wanting more.

However, there’s still the issue of Ar nosurge‘s story relying heavily on Ciel noSurge, a social game that only released in Japan. Parts of the narrative will feel overwhelmingly confusing and it’s due to the references to this other title. While there is an in-game encyclopedia, it’s not without flaws, as it’s still plagued with typos, localization errors, and tiny text. The level of disconnect can still be felt, and it’s not always easy to ignore. However, once Ar nosurge‘s story gets going, it’s good enough to stand on its own two feet. 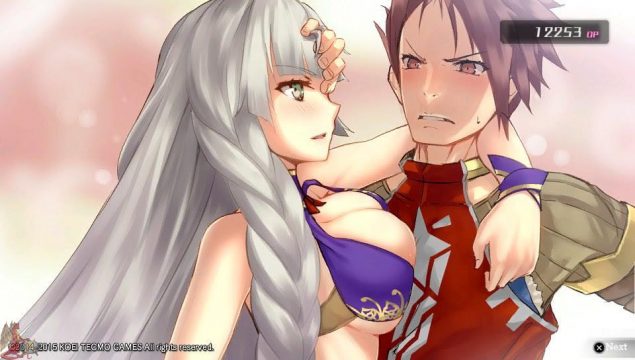 Kanon has some great assets.

The combat system has stayed relatively the same for Ar nosurge Plus. Regardless of which hero is on the battlefield, players are in a two-on-however-many battle, in which they can eliminate all enemies in an area within a single encounter. This is unheard of in RPGs, and while it’s a great system on paper, as every round is timed. The gist is this: the heroine chooses a song to charge throughout combat, while the hero’s abilities are mapped to the face buttons and can be used until their turn is completed. Each turns can be gained if the hero Breaks through an enemy’s defense, and continues until no skills are avaliable to the player. Using the start button, the hero can also summon a Friend Skill to help defeat enemies, use items, run from battle, or have the heroine use her Song Magic. The goal of the encounter is to try and destroy every row of enemies that the hero comes face to face with before time is up.

This combat system begins as a fast and furious experience, though towards the end game it gets quite sluggish once the enemy waves come in groups of twenty-five and fifty. Part of the issue comes from the game’s unexplained equipment system. While players craft items through synthesis, it’s not easy to tell the overall differences between the items they craft, so players are fumbling around trying to learn and understand a lot of what some of the equipment bonuses are. Again while information is in the encyclopedia, it still doesn’t make it clear how a player should be able to power up their protagonists. Experimentation isn’t even encouraged because it’s easy to think you’ve powered up a hero, then put in another item into the equipment slot that renders the first item nearly useless. Oddly, the game’s Purification system does a better job of explaining how to power up heroes by obtaining Thought Crystals from their Genometics. How one is explained better than the other is quite beyond me.

Furthermore, late in the game the combat suffers from intense slowdown and framerate dropping. It’s so disappointing that while other areas in the game had their framerate fixed, Plus suffers from so much of it later on in the game, in particular, chugging to a halt in Phase 3 while attempting to recover from larger enemy waves. While the Plus version fixes the majority of technical errors that existed in the PlayStation 3 version, the Vita version unfortunately ends up with issues of its own that didn’t exist prior. During my forty-hour playthrough I had a few crashes as well, especially in Phase 2. 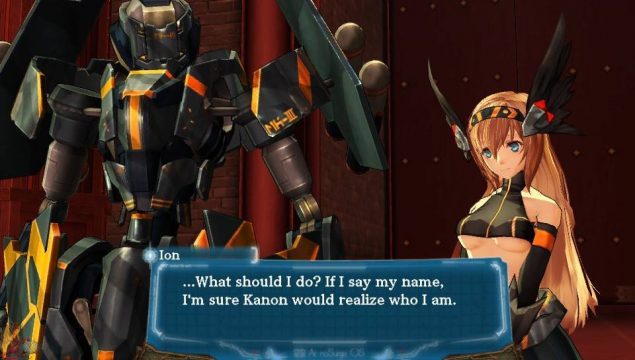 Earthes is looking pretty fly, Ion not so much.

One area that still shines in the game is the music department. Once again the soundtrack continues to be mind-blowing on all levels, each track distinctively its own with a unique style. This is easily the best part of the game, and the voice acting, though somewhat a mixed bag, still feels quite harmless. The visuals are good on the Vita, but noticeably of lower quality than on the PlayStation 3. Still, certain scenes do look fantastic on the smaller screen, and the game makes for a great portable experience overall.

Ar nosurge Plus is much like the Atelier Vita versions, offering bug fixes and whatever DLC existed for it on the PlayStation 3. In the Vita instalment, players will get an extra Genometic story, tons of costumes, touchscreen integration for Purification Ceremonies, and double the number of character events. One fix worth noting is that the player can select whether or not they want to talk to a Synthesis Partner, meaning they no longer end up with event after event before they can craft items, which was super annoying in the vanilla version.

If I am being honest, I adored my time with Ar nosurge Plus more than I did when I played the game last year on the PlayStation 3. I felt like having the second playthrough made the game easier to comprehend, and the story felt more enjoyable than it did the first time around. There’s just so much content in this game that players will want to explore all of it, but unfortunately the game isn’t without large and troublesome flaws. Even so, there’s so much for story-driven RPG fans here that I feel like it’s easy to get your money’s worth, but if you are the kind of person who feels that story bogs down the experience, then stay far away from Ar nosurge Plus. This game is for those who love constant story beats, and don’t mind a ton of it.