The Legend of Heroes: Trails into Reverie Gets Summer Window, Limited Edition

NIS America announced that Nihon Falcom’s The Legend of Heroes: Trails into Reverie will launch in North America and Europe in summer 2023. The release window of the game — which will be available on PC, PlayStation 4, PlayStation 5, and Nintendo Switch — comes alongside its opening movie and reveal of its physical Limited Edition. The Limited Edition is available to pre-order now through NIS America’s online store and will come in two versions: 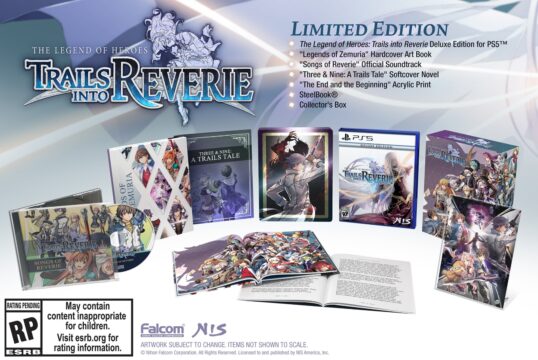