Developer Sabotage Studio announced that it has pushed back the planned release of retro-inspired turn-based RPG Sea of Stars. Previously planned to release later this year, the game will now launch for PC, Nintendo Switch, and additional unannounced platforms some time in 2023.

Sea of Stars is a prequel to Sabotage Studio’s previous title, action side-scroller The Messenger. The game follows two Children of the Solstice: a Lunar Monk and a Solar Blade Dancer. It features turn-based combat and a freely traversible world letting players swim, climb, vault, and more. It also includes musical contributions from composer Yasunori Mitsuda. 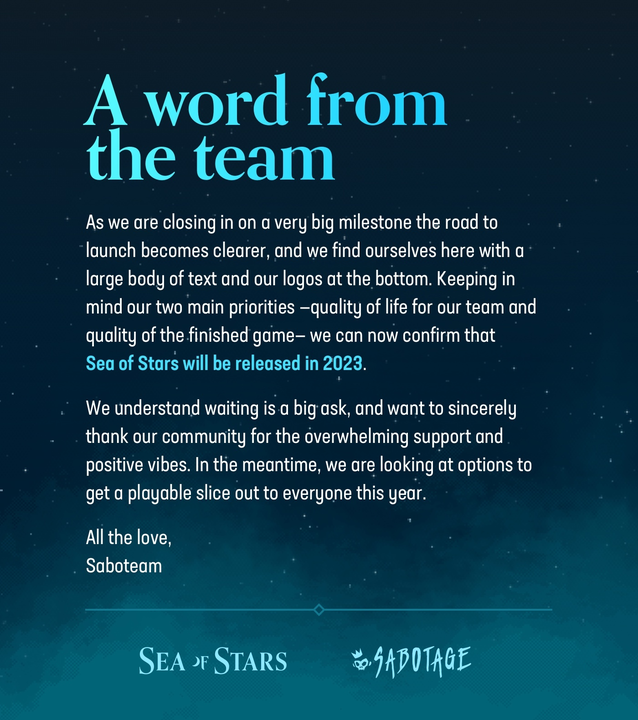