Update (6/12) — After the initial pre-order phase for the physical Special Edition suffered from technical difficulties, Nintendo announced another wave will be made available at a later date.

Nintendo released a new teaser trailer for Xenoblade Chronicles 3. The minute-long video gives players a glimpse of numerous locations around the game’s world of Aionios, including some areas detailed in earlier updates. In addition, Nintendo of America announced that pre-orders for the game’s physical Special Edition, which includes an art book and SteelBook case, will begin tomorrow. Pre-orders will be available through the My Nintendo Store with a limit of two copies per account. 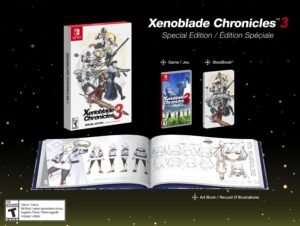