Two of the new characters, Riku and Manana, are a pair of Nopon. Together they can become one of the “heroes” that can act as a temporary seventh party member. The other character is Isurd, who is the commander of Agnus’ Colony Lambda. He is the former mentor to party member Taion, but events in the game sees Isurd treating Taion as an enemy. Meanwhile, the new locations shown are the waters of the Great Cotte Falls and the forests and ruins of the Maktha Wildwood.

The game’s cast are divided into three combat roles — Attacker, Defender, and Healer — with players able to direct control any of the six party members. Attackers are primary damage dealers, able to deal severe damage when attacking from the side or behind, but their high damage can draw attention from enemies. Defenders are there to try and draw enemy monsters’ attention and excel at blocking and dodging enemy attacks. Finally, as their name suggests, Healers are able to restore allies’ HP and revive them if knocked out, as well as provide various status boosts.

The game’s enemies are divided into four types: normal, elite, lucky, and unique. Elite enemies are stronger than normal enemies, while lucky monsters are the same strength as normal monsters but drop better items. Unique enemies make up the stronger challenges still. Xenoblade Chronicles 3 introduces the ability for players to lure out single enemies at a time.

Like previous titles, players can fast travel between various landmarks across the world. Some of these landmarks are “secret” places that often provide noteworthy views or sights. There are certain areas in the game where players will need to have an appropriate field skill to traverse, such as using tightropes and climbing up walls. The skills can be obtained from various characters encountered during the game. 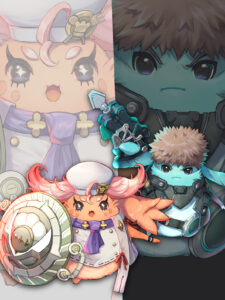 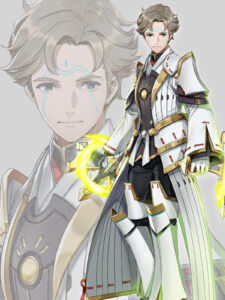