Publisher Raw Fury has announced it will work with ININ Games and distributor Strictly Limited Games to release physical editions for Massive Damage’s Star Renegades. Standard and Collector’s Editions are available to pre-order for Nintendo Switch and PlayStation 4, with the latter coming with a game manual, collector’s box with magnetic latch, artbook, soundtrack, modular diorama, reversible poster, seven character cards, and stickers. Strictly Limited Games has stated there will be limited copies available and that they expect the physical copies to be shipped this year around fall.

Star Renegades is a turn-based sci-fi RPG full of mechs and combos galore. Players are put in the middle of an interplanetary rebellion against the tyrannical Imperium faction. Those interested in learning more about the game can check out RPGamer’s impression of the PC version. 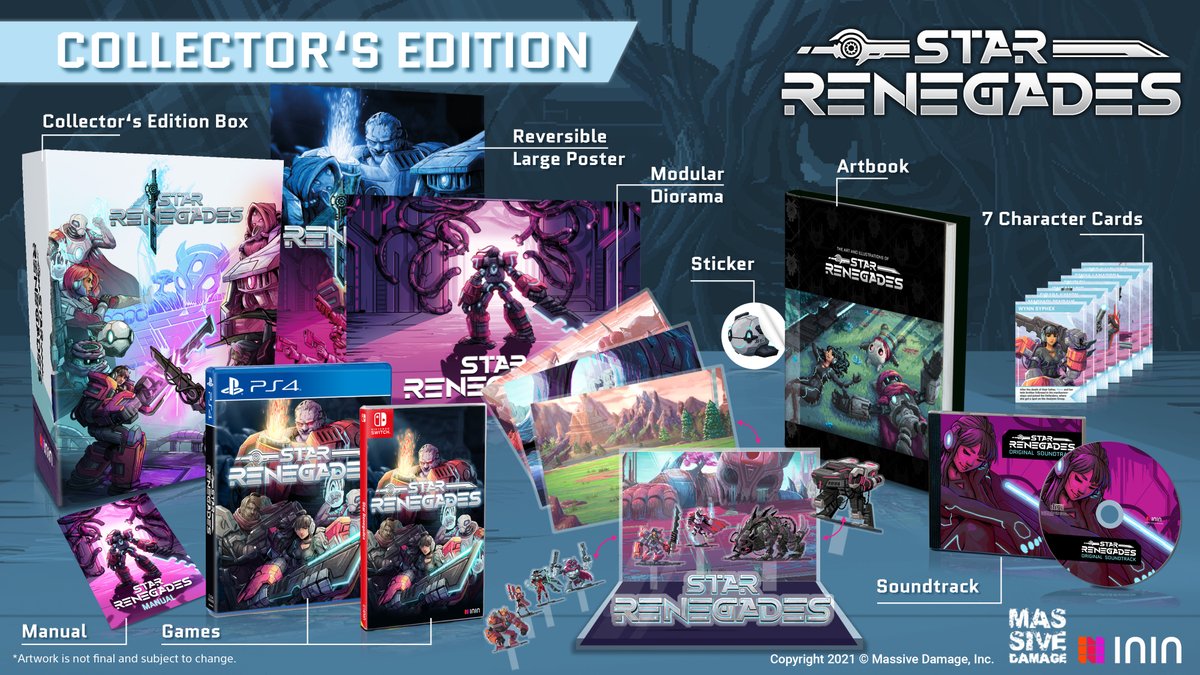