In this edition of the column, we take a look at PQube and Kadokawa Games’ mystery visual novel Root Film.

Root Film is Kadokawa Games’ follow-up to its earlier mystery visual novel Root Letter, which launched in 2016 before later getting a live-action version titled Root Letter: Last Answer. This new title is a wholly separate entry without any direct connections to the prior title, other than its picturesque real-world setting of Japan’s sparsely-populated Shimane Prefecture and the main character’s going by the name Max. Ultimately, the game ends up being an entertaining title that very much borrows from the appeal of TV detective mysteries, but not one that stands out from the crowd. 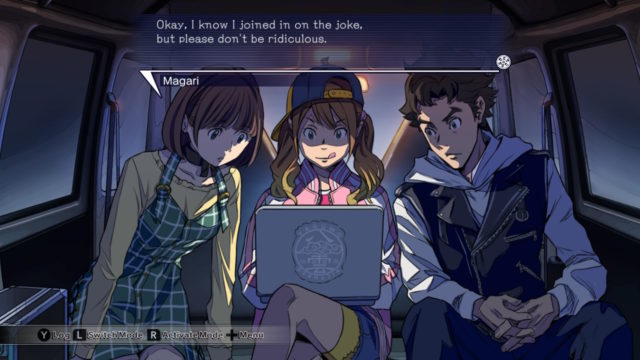 The game retains its ties to filmmaking throughout, but murder mystery is the main course.

Root Film is divided into a number of chapters, most starring up-and-coming director Rintaro “Max” Yagumo, but a few switch to a wholly different cast led by budding actress Riho. Soon enough, each chapter sees the leads drawn into a murder mystery (though the opening case lacks the murder part) that must be solved before they can get back to their regular business. In Max’s case, it means laying the groundwork for the revival of a pilot film series that was shuttered under unknown circumstances ten years ago. Max and Riho have perhaps missed their calling by working in the film industry, as both have inherited a genetic trait — labelled as a version of synthesthesia — that enables them to recognise whenever someone says something that might be a clue to solve a mystery.

A lot of Root Film’s appeal is down to the character interactions. Max can be a little grating at times, but the back and forths between him and his ex-delinquent assistant Aine Magaru are very enjoyable. Other members of the varied cast also play major parts in preventing things from getting dry with their own quirks and recognisable personalities. The localisation feels somewhat liberal, with a couple of tired jokes and a few noticeable typos, but it gives the game a distinct character and it doesn’t feel like anything is lost because of it. 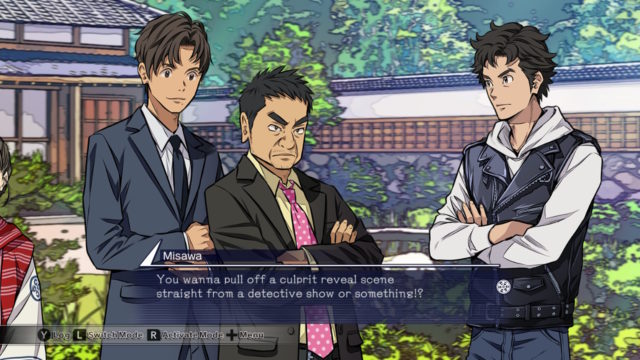 One has to reveal one’s conclusions in the proper way.

While Root Film is divided into distinct cases, they all end up tying together quite satisfactorily, particularly when the connections between Max and Riho’s chapters are fully revealed. There’s an appreciable amount of hints as to the connections throughout, and the ending manages to elicit an interesting conflict of emotions. However, the actual solutions to the individual cases are often a bit of a logical stretch. The connections to film and TV production are well used throughout and pleasingly multi-layered in places, and the game is more than happy to unashamedly borrow TV murder mystery tropes, resulting in it successfully attaining a similar appeal.

Even given the fact that it’s a visual novel means that not a huge amount of interactivity was expected going in, Root Film is sadly lacking in meaningful inputs and decisions on the part of the player. The one area where players are needed to think — when challenging a likely culprit or important witness — is simply a matter of selecting which one of a few options answers a specific point. For the rest of the game, all players do is simply visit all of the available locations and interact with anything that might be there. Unlike its predecessor, there aren’t any alternative endings to find. 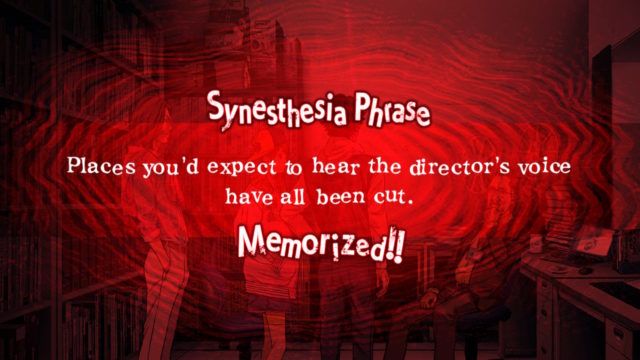 A rather convenient genetic trait allows Max and Riho to know whenever something said might be important.

The lack of emotional variations for the regular portraits of the characters of Root Film is notable — especially in more emotional scenes — but otherwise all of the artwork is pleasing to behold. The locations are lovingly crafted and the character designs pop out nicely. The Japanese voice acting is strong throughout with good use of music and sound effects.

Root Film does a good job emulating the appeal of TV murder mysteries and translating it to a visual novel. However, the game doesn’t make the most of the medium, not letting players get properly involved in the actual solving of mysteries. In the end, it’s absolutely an enjoyable experience thanks to the way the character interactions work with its setting and themes, but doesn’t have enough to stand out from its niche.