With the game launching in Japan this week, followed by its western launch in January, Koei Tecmo and Gust have given RPGamer the chance to check out a PC build of the latest title in the Atelier series, Atelier Ryza 2: Lost Legends & the Secret Fairy. Not only that, we were also given the opportunity to interview Gust Brand Manager and Atelier Ryza Producer Junzo Hosoi about the game. We covered topics including what new things the second entry brings to the series and how the series has stayed popular over the years.

Alex Fuller, RPGamer: What made you break from the series’ convention and keep Ryza in the title role for a second game?

Junzo Hosoi, Gust Brand Manager and Atelier Ryza Producer: We have been thinking about a direct sequel with the same protagonist since the planning stages of the first Atelier Ryza game. It turned out that players also wanted a sequel for Ryza, so we were able to develop this sequel with the same protagonist. One key feature of the Atelier series is that players can see the growth of various characters through the series. However, when the protagonist changes from the first game to the second game, there was a tendency when the protagonist from the first title would take a supporting role in the second title. In this game, we wanted to challenge this unwritten rule of the Atelier series. Another key reason is that we wanted to portray a story where the children who had gone out on an adventure together would gather again for one more adventure, and that “youth” can be experienced at any age.

AF: Ryza has quickly become one of the series’ most popular heroines. What do you think has made her so popular?

JH: I think that after Toridamono-san’s character design gained a lot of attention, we were able to deliver a quality game which players were satisfied with. 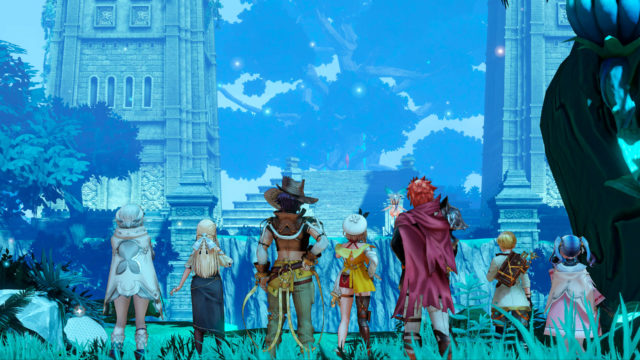 AF: What was the thinking behind changing the combat for the first Ryza game from strictly turn-based to a real-time system and how has that paid off?

JH: We felt that with Atelier Lulua, we became even closer to an answer to the command battles in the Atelier series. So with Atelier Ryza, we aimed for an approach that would be different than what has existed in the series, and implemented the real-time system. The result is that many players have been able to accept this as a new Atelier series, and so I am very glad we took this challenge.

AF: Are there any further improvements to the combat for Atelier Ryza 2?

JH: The basic approach has not changed, but we are aiming to make it easier to play than the previous title. Increasing the Tactics Level had to be done manually in the previous game, but is now automatic, and time will pause when selecting items. In addition, the Item Rush, where Core Charges are used once to allow for the consecutive use of items, and the Core Drive that is activated from the Item Rush, are some of the various strategic skills that have been added for a fresh gameplay experience.

By increasing the action elements, I think that players will be able to feel what the characters on-screen are experiencing. I hope everyone will enjoy the increased action elements in the real-time tactics battles. 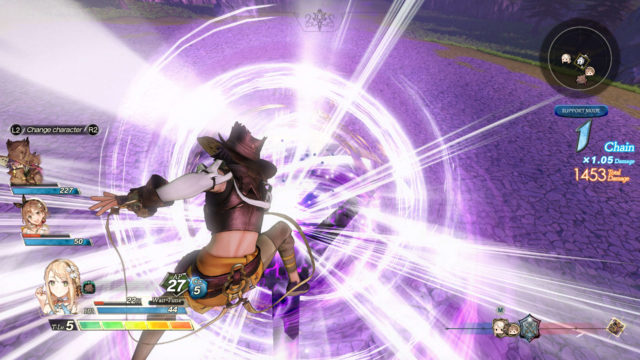 AF: Are there any major changes to the gathering and synthesis systems for Atelier Ryza 2?

JH: With regards to gathering, we’ve incorporated player feedback from the previous game, and have adjusted it to make it easier to understand. In this game, before gathering you can find out what item is about to be gathered, and by increasing your gathering level, it becomes possible to gather even better materials.

For synthesis, the UI and system have been brushed up from the previous game. The basic Linkage Synthesis hasn’t changed, but by using the new essence feature, there is more freedom in synthesis. In addition, there is a new feature called Evolution Link, so I think that players can enjoy even more elaborate synthesis than in the previous game.

AF: What do you think has made the Atelier series remain strong after so many entries and how do you go about keeping it fresh for fans and appealing to newcomers?

JH: I think it’s because we develop with a sense of speed. Also, I think because we’re always challenging new things, that’s another point that keeps players interested in what we’re doing.

AF: How successful has the series’ expansion to other platforms (PC, Switch) been?

JH: With either one, I feel that we have been able to provide a certain level of quality with the knowledge we’ve gained over the past several years. In particular, with the PC version there has been an increase in the players with the previous game, so in response, the challenges we face have become clearer. Based on that, in this game we’ve prepared various adjustments in order to further improve the quality. 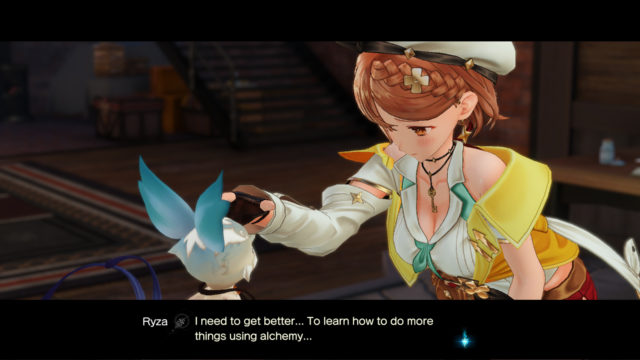 AF: Atelier Ryza 2 will have new cast members alongside those returning from the first game. Do you have any particular favorites from the new or returning characters?

JH: All of the characters are my favorites, but when Patty is in battle, I think that she is very cool and also very cute!

AF: Are there any other new elements in Atelier Ryza 2 (story or gameplay) that you’re particularly excited about?

JH: I am confident that the battles have become even more exciting than in the previous game!

AF: Are there any final messages you wish to share with fans ahead of Atelier Ryza 2′s launch?

JH: To all our fans, thank you for always supporting us. Your voices have really become the energy that allows us to accomplish the development of our games.

While there are various difficult situations happening worldwide, the heartwarming world of this game is something for you to enjoy to help cope in these times!

I hope you will continue to support the Atelier series and the Gust brand!