During a livestream preview of the upcoming World of Warcraft: Shadowlands expansion, Blizzard’s Executive Producer John Hight revealed the contents of its limited limited Collector’s Edition. The Collector’s Edition is priced at $119.99 and include:

It will also contain all the in-game extras that come with the $79.99 digital Epic Edition, including:

Shadowlands is the eighth expansion of MMORPG World of Warcraft. It will be released later this year for PC and Mac. 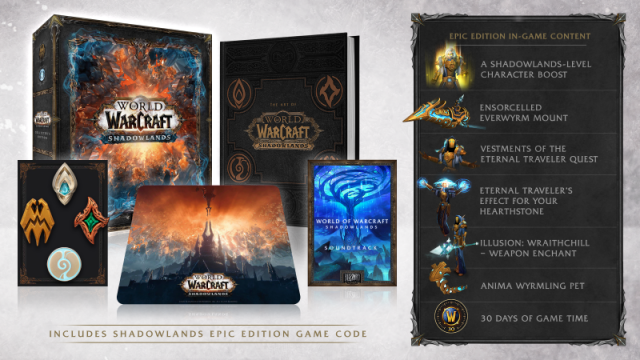