Idea Factory International has announced the North American and European release dates for Compile Heart’s Death end re;Quest 2. The game is releasing in North America for PlayStation 4 and worldwide for PC via Steam on August 25, 2020, with the European PlayStation 4 version following on August 28, 2020. A $99.99 Limited Edition will also be available from Idea Factory’s online store, which features the following:

Death end re;Quest 2 follows Mai Toyama’s search for her disappeared sister. In order to do this, she moves into the Wordsworth Women’s Dormitory, where other girls begin to disappear. The game is split between day and night periods. During the day, players can explore the town of Le Choara for clues about their current situation, while at night the town transforms and dangerous creatures stalk the shadows. 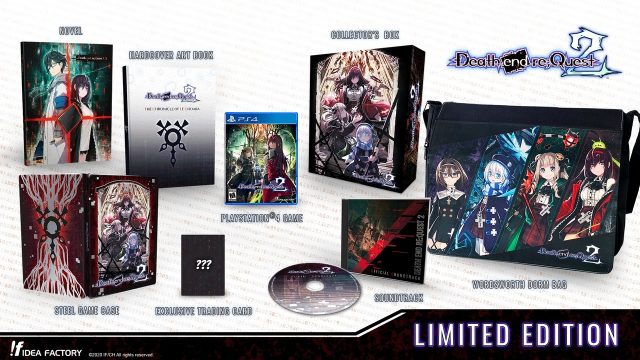