Prior to the COVID-19 pandemic, loneliness was something I felt on weekends when I was away from the school library I teach at and the students who greet me. These feelings of loneliness and isolation amplified when I was forced to leave this magical space and teach from home.

Allow me to describe what I mean by loneliness. I don’t mean that I’m always physically alone. My family is close by. I live with a housemate. Even now, I talk with a student that I mentor on a nearly daily basis. I meet with my fellow teachers on Zoom. I talk and text with my friends. I walk in the park each day and say hey to the other regular walkers. I am not alone but I am lonely and here’s why.

When all the social activities are over, I’m left with a deep wanting. It’s a strange wanting and is something only fans who hyper-fixate on hobbies can understand. It’s a desire to deeply connect with people and video game worlds, which makes it hard to find people who are as dedicated and serious about their gaming experiences as I am. 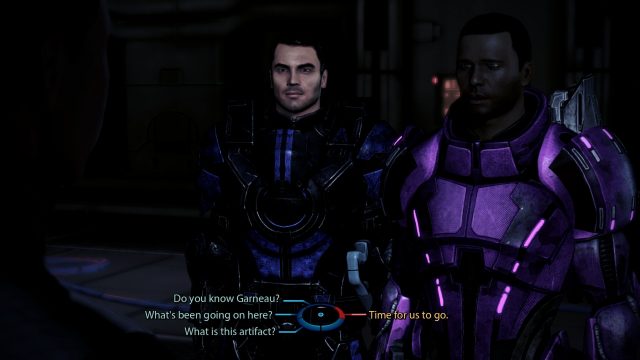 I’ve replayed Mass Effect 3 more times than I care to mention just so I can experience the romance between Shepard and Kaidan again and again.

Many of my friends don’t complete games and this frustrates the hell out of me. I can’t count the times I’ve become deeply invested in a shared experience in a game only to have a friend stop playing it out of boredom. Sure, I can (and usually will) continue the journey on my own, but once this happens, I have a big chip on my shoulder. I don’t want to talk to them, don’t want to hear about their other expeditions in other gaming worlds and, shut them out of my life until I’m either finished with the game or have gotten over the feeling of betrayal.

Playing through a game with a hyper-fixated mindset means that I am in that world and with those characters until the story ends. I’d equivocate this to an avid reader’s desire to be lost in a book and only talk about that book until they are done with it. And when they’re done, they’ll have memories that’ll never leave them. A certain song, in my case a theme song, will harken back to the existential experience I had after completing the narrative, feeling a sense of awe and deep sadness. This happens every time I hear “Maybe Tomorrow,” the ending theme to Xenosaga III. As I’ve written about previously, that game changed how I approach video gaming forever. 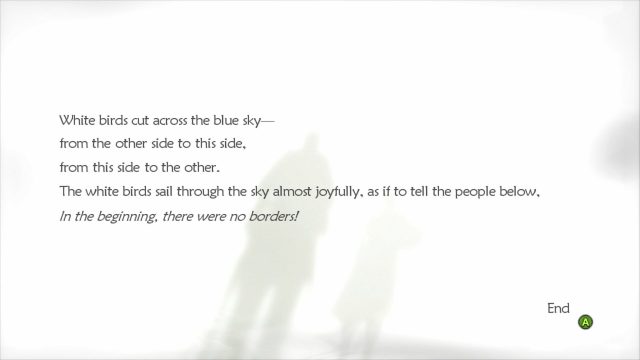 I wanted so badly to share the finer details of my recent replay of Lost Odyssey with friends, but no one would want to listen to me go on and on about it at length. The dream vignettes, such as this one, elevate video game storytelling to that of literature.

I’ve noticed that the moments I feel most bonded to my friends are when we’re sharing a common experience. These are the moments I always remember and want to relive over and over: laughing about a time in which I took control of a friend’s character, only to get their party slaughtered because I play RPGs more defensively and their characters were “squishy”; spending the afternoon reading about the academic and philosophical concepts that went into building the game’s world and mechanics; or gushing over romantic pairings in BioWare games. Unfortunately, like any experience in life, these moments are fleeting. They come and go and come back again, and all I can do is hold my breath until the next experience presents itself.

It is hard to predict where the future will take me given the current state of the world. I am well aware that this existential longing is only amplified by the current need for isolationism and social distancing. I’m sure that once I’m back in the library and teaching my students again, I’ll be satiated enough to not dwell on it the way I am now. Perhaps I’ll be too busy since I’m also taking classes to become a better teacher. Regardless, the longing has been more voracious in the past few months.

“Seek out like-minded people,” I’ve heard from everyone, including my therapist who I shyly revealed these thoughts to. After being judged over and over again for enjoying video games the way I do, I’ve grown very weary of expressing these deeper thoughts to anyone who doesn’t play video games. I should’ve known she would be more objective when thinking about it. There was no judgment. As a matter of fact, bringing it up with her was a great idea. I was initially dismissive of her idea of seeking out like-minded people, and I debated with her. 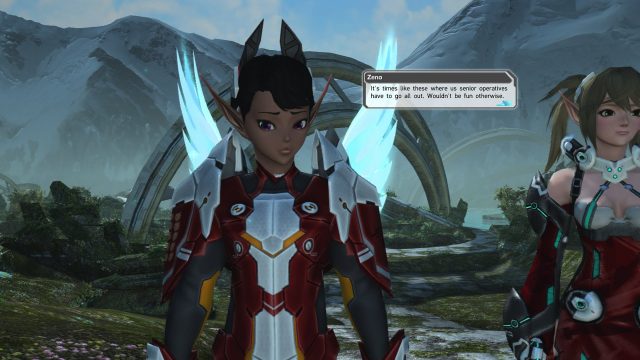 Phantasy Star Online 2 is a great experience, but part of what makes it great is finding other players who love playing it as much as I do.

The debate was, in a nutshell, feeling like I am so far from the average gamer, that connecting with anyone would be stressful and a waste of energy. I mostly only play RPGs. On top of this, I almost exclusively play games with female protagonists or ones in which I can play a gay male character. Mentioning this in many public gamer spaces makes me a magnet for harassment, and gives more traditional gamers the impression that I hate any game that isn’t in my niche preference. The reality is far more complex though: JRPGs are a great exception. I don’t hate games that don’t feature these types of protagonists. People forget that you can appreciate something without having to engage with it in a passionate way.

I was spiraling into an intersectionality debate with her when she flat out said: “You don’t have to rely on one person for everything.” That was a simple, yet a loaded sentence. I interpreted it as, “No one will ever be able to be everything for you.” Another friend will be good at intellectually engaging you. A third one will be fun to discuss old-school JRPGs with, but none of them will ever be able to fully satiate that hunger completely. Our desires are far too deep and complicated to accomplish that.

This felt both validating and relieving. I no longer felt like I had to pressure my friendships into being what they aren’t. It was okay to not engage with them at times. It was okay to feel an intense connection for a few days and then to see them drift away a day later. While gaming is a cultural experience, it is also dictated by consumerism. This means that while I’m still adrift in the oceans of Dragon Age’s Thedas, most of my friends will be clamoring for the next game to add to their already bloated backlog of games that I’m sure they’ll never finish. This realization was nice but it still didn’t solve the problem I’ve been facing for the past few months. Where do I find these connections when the small pool of friends I have aren’t engaged in the same game worlds as I am? The answer was to find different friends within those different game worlds. 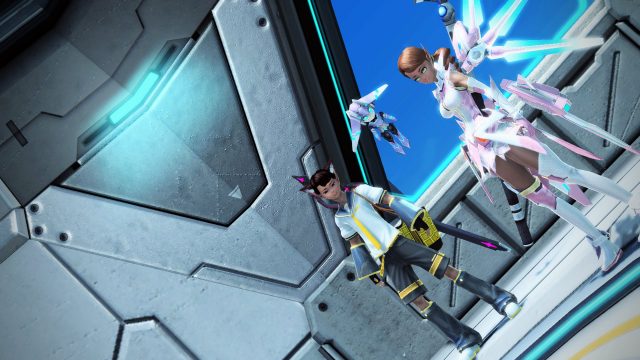 I remade my characters from PSU to play in PSO2. The result was painful as I forced myself to try to relive the “glory days” of PSU. It was time to move on.

For the past few months, I’ve been playing Phantasy Star Online 2 on Xbox One. This was initially a very lonely experience. I had all but abandoned the Xbox ecosystem back in 2010 when Phantasy Star Universe’s servers were shut down. The world I had spent a majority of my free time between 2006 and 2010 was gone and all the connections I made dwindled, except for the few who migrated with me to PlayStation 3 and eventually PlayStation 4. Yet here I was, a decade later, popping up like some digital corpse returning from the beyond. Nostalgia and excitement were heavy within me as I eagerly messaged the people who were still on my friends list. Many of them didn’t respond. One of them told me to “f*** off,” because I wasn’t there for them during their darkest times. Another one reconnected with me but it was obvious that too much time had passed and that joyous conversation went the way of all the former best friends on my Facebook list — he’s become an acquaintance.

I even tried to remake my old characters from PSU, but found the experience far more painful than gratifying. I’ve sent photos and messages to my friends who are on PlayStation 4 about my solo excursions in this world, but they couldn’t care less. It was time for me to admit to myself: PSO2 isn’t PSU. It never will be, and it was time I stopped trying to make the past present.

Taking what my therapist told me to heart, I made the scary decision to let go of the past and to put more energy into the present and future. I stopped hounding my friends with PSO2 updates and started to focus on my new adventure. I am only a few weeks into this social shift but just as my therapist predicted, I started to find a new group of people to play with. I joined an alliance (PSO2’s version of a guild) and begun to connect with some of the people in it. I wouldn’t call any of them friends just yet, but there is a budding connection with some of them. I’m “living” in the world. I’m bonding. I’m creating memories. And it’s beautiful.