Welcome to Backloggin’ the Year, a feature that discusses the challenges and excitement that comes with working through your backlog. In this quarterly feature, Sam Wachter goes on a journey to pare down her gaming backlog. Although with 150+ games and working a full-time job, we’ll see how that goes.

Backlogs are both a blessing and a curse. On one hand, there is a lot of joy in looking at your collection of games and seeing all of the fun times to be had, but there can also be a daunting feeling of having too much and not enough time. I have set out four specific goals this year to help work through my backlog:

I do think these goals are doable, but we’ll see where life goes given spring and summer I am often out on adventures in my spare time (although COVID-19 might have something to say about that). Winter and fall always tend to be my stronger months for gaming.  Before I go any further, I am not going to talk about Atelier Ryza or Dragon Quest, two games which I completed, as I’ve already written extensively about them. Also given COVID-19 and forced social distancing, let’s just say March blessed me with more free time and a lot of completed RPGs!

Anyhow, let’s see what RPGs I’ve since knocked out since the year began.

Star Ocean: First Departure R (PS4) – This was a gift from two dear friends of mine who knew I was itching to replay it. I am a huge Star Ocean fan and by huge I mean, I adore one and two, and politely ignore the rest of the series. This game still has adorable references to Star Trek, the sweetest and dorkiest cast of characters (oh, Ronyx, you lovable oddball). Gameplay still feels very solid, though some of the battles were just as tough I remember, and overall I still enjoyed this. It makes me wish I had a copy of Star Ocean: Second Evolution on PS4 to play!

West of Loathing (PC) – I liked this game, but I did not love it the way many RPGamer staff did. I am not an RPGamer who likes to feel toyed with, and at times with this game I felt frustrated and annoyed because I didn’t feel like I have enough information to progress or that I am just too stupid for some of the game’s humour. Also, may I never, ever, EVER again have to go on a wild goose chase for jelly beans. Thanks to this game, I’m slightly scarred by them!

Pokémon Sword (Switch) – Pokémon Sword and Shield were big hits at the library before we had to close down for COVID-19. During our Tuesday Game Nights, I encouraged my preteens and younger children who had Switches to come battle and trade with one another. It was an instant hit! Not only did my participants help each other in catching Pokémon, but they were so happy to battle and give each other tips and tricks. One of the participants gave me a Shiny Ponyta, and that was all that mattered. Sword was fun, though it felt a little too short, and way to darn easy for anyone who is a Pokémon veteran. However, seeing it through the eyes of my Game Night participants? It’s clearly at the right challenge level. 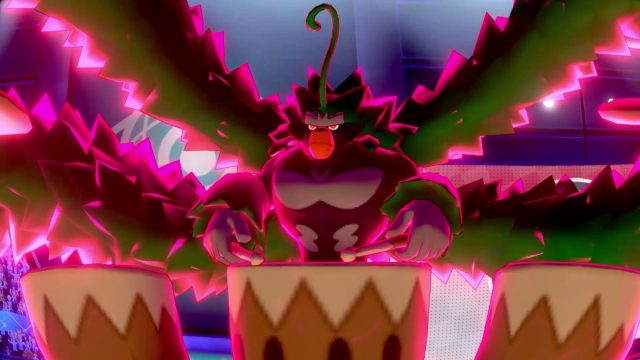 Cthulhu Saves Christmas (PC) – I was so excited when Zeboyd Games announced that it was making another Cthulhu-themed game. Of all their games, Cthulhu Saves the World was my favourite, mostly because it was ridiculous and fantastic at breaking the fourth wall. I forged many R’lyehtionships for my own nefarious purposes, and mainly forced Cthulhu to work at the mall for my own amusement. Clocking just shy of five hours, Cthulhu Saves Christmas is just one of those games that will have you laughing in stitches, while also enjoying a great turn-based battle system that includes chickens. Yes, chickens!

Wargroove (Switch) – I was obsessed with Wargroove while I was playing it. It’s one of those games with the perfect level of strategy and complexity. I thought the story was cheeky and fun (Ragna scares the crap out of me!), battles were the right level of challenge, and I thought the Grooves were an interesting addition to the tactical play. In fact, some of those Grooves such as Mercia and Caesar’s? Total game changers when used correctly! That final boss fight? Terrifyingly difficult, but also so satisfying when completed! While I loved my fifteen hours of Wargroove, I will say it also made me miss Advance Wars so damn hard. Hey Nintendo? Please give a crap about Advance Wars again please.

Final Fantasy Adventure (Switch) – This was the last game I finished in March (and, yes, I realize March still has a few days left in it), and it’s considered a very important classic. I never owned this game on the GameBoy, and it’s a favourite among RPGamer staff. My only experience with the Mana series was renting a copy of Legend for the PlayStation and having zero clue how to progress in it. When Collection of Mana dropped last June, I grabbed it for my Switch and made the decision to reconcile my lack of knowledge for the series, so I started with Final Fantasy Adventure. This game is rough at times for an action RPG, and some of the boss battles were fairly tricky at times. There were also moments where the game lets you turtle some boss fights, or where it’s so easy to figure out the patterns that it was no trouble. I am happy I played this piece of gaming history and I think it’s great it had a good variety of weapons and that you could save anywhere, I don’t think it’s ever a game I will revisit again. 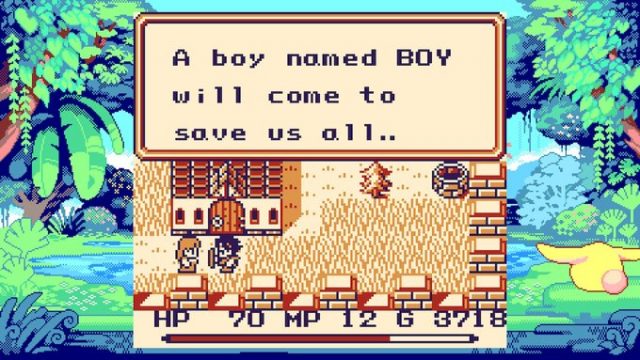