In this edition of the column we take a look at Steins;Gate: My Darling’s Embrace, a spin-off to visual novel Steins;Gate. 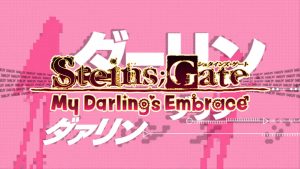 Steins;Gate: My Darling’s Embrace was an unexpected arrival in the west earlier this month. Launched alongside the Nintendo Switch version of Steins;Gate 0, My Darling’s Embrace is described by some as an official fan-disc of the highly regarded visual novel Steins;Gate. Effectively a non-canon spin-off, it basically gives players the opportunity to enjoy some more lighthearted stories with all their favourite characters without the traumatic events that make up the second half of the original game.

It is necessary to be familiar with Steins;Gate to properly enjoy My Darling’s Embrace, be it through the various visual novel releases or the anime series adaptation. Though the game’s introductory hours sets up the route selection mechanisms and a few vital story elements, it only gives the most base of information and first-timers will be missing a large amount of important details and characters traits. The game is set during Rintaro Okabe’s initial testing period with D-Mails, which cause him change timelines by sending messages to the past, with only him retaining his memory. Upon one of these tests, Okabe finds himself in a different timeline where his group of friends is creating new gadjets to stave off an unexplained bankruptcy. 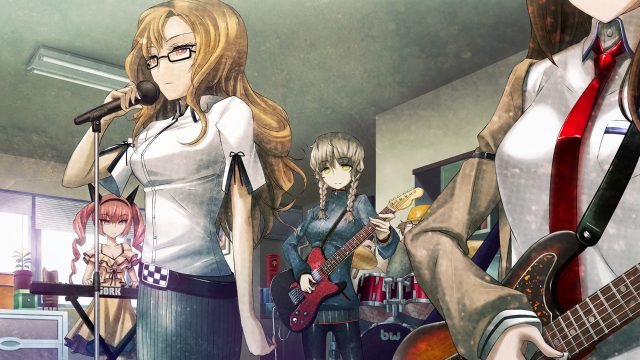 Steins;Gate fans will be readily aware that these are not likely canon scenarios.

Each of the characters that got their own endings in the original visual novel get their own routes in My Darling’s Embrace. The game retains the choice mechanisms of the original game; characters will occasionally send Okabe text messages that he can choose to respond to, and Okabe himself can send D-mails at a particular point in the game. However, with the exception of determining whether characters end up on Mayuri’s route, these mails are simply there for flavour and to provide minor gallery unlocks. Instead, the routes, except Mayuri’s, are determined by whether (or not) Okabe sends particular D-mails at a specific point a few hours in. After this, there are no real decisions to be made, just to sit back and enjoy where the story goes, with each route adding another few hours from the point of divergence.

My Darling’s Embrace does a fine job making sure the characters stay true to how they are in the original game. Okabe retains his goofy but generally caring character that make him such a great protagonist across the timelines. The level of romance in each route is different, and in many it ends up being more of a tease than anything else, though the premises behind them ensure they still provide some interest. Kurisu’s route was always going to struggle against the sheer emotion and depth that Steins;Gate brings and ends up as the weakest this time around, while Luka’s route ends up being one of the more romantic routes, and ends up being handled much better than its beginning indicates it might be. 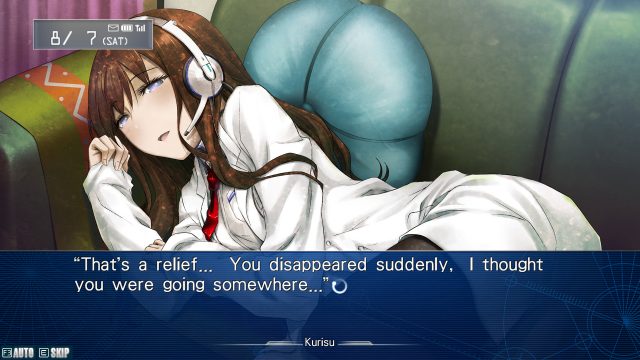 Though given everything about the canon scenario, it’s a bit heartless to deny the characters these lighter times.

Originally released in Japan in 2012, My Darling’s Embrace features the same graphical style of the original Steins;Gate and Steins;Gate 0 rather than the fully animated Steins;Gate Elite, but it remains pleasing to look at with strong character designs and backgrounds in and around the district of Akibahara. Like many other visual novels, the voice acting is Japanese only but still strong, with Okabe getting another excellent performance. The music keeps the lighter feeling of the original’s opening portions to give a sense of familiarity to series fans, though the opening theme song is far too much of a radical departure from the style of the series’ regular themes and doesn’t fit in at all with the rest of the game.

Steins;Gate: My Darling’s Embrace ends up as an unexpected, but welcome, present for fans of the series. Though the level of drama and suspense is certainly nowhere near that of Steins;Gate and Steins;Gate 0, it’s good to be able to spend more time with characters.