Idea Factory International and Limited Run Games have announced that Fairy Fencer F: Advent Dark Force‘s Nintendo Switch version will be getting a physical release. The physical edition is available to pre-order now from Limited Run Games’ website for $39.99. Orders will be open until October 18, 2019, with the game expected to ship in November 2019.

Fairy Fencer F: Advent Dark Force was first released on PlayStation 4 in July 2016 before coming to PC via Steam in 2017 and releasing digitally on Nintendo Switch in January 2019. The game is an enhanced version of Fairy Fencer F, which itself was first released for PlayStation 3 in 2014 before also coming to PC via Steam in 2015. Those looking to read more about the game can check out Pascal Tekaia’s review of the PlayStation 4 release.

In other news, Limited Run Games announced that physical copies of Siralim 3 on PlayStation 4 will be available to order this Friday, September 20, 2019. The copies will be available to order in two batches, the first starting at 10am Eastern Time, with the second starting at 6pm Eastern Time. Siralim 3 is the latest title in Thylacine Studios’ monster battling series and is currently available digitally on PC, Mac, Linux, iOS, Android, PlayStation 4, and Nintendo Switch. 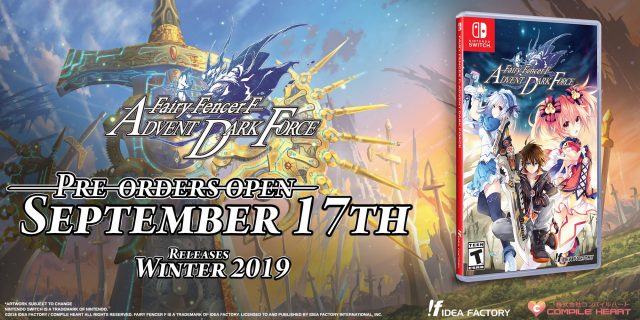 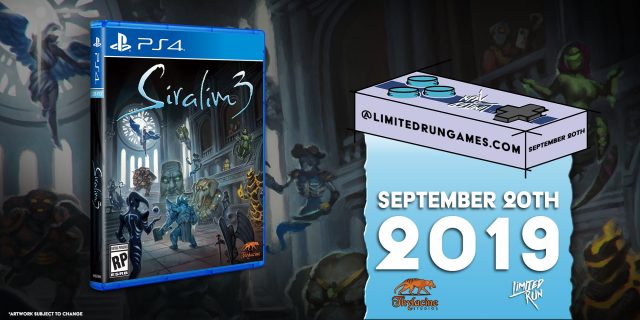