Whether the characters wield physical weapons, damaging code, or cutting words, each will be able to attack their foes for the knockout blow.

With the rampant success of the Pokémon franchise, it’s surprising that there really hasn’t been that many other successful battle RPGs.  But what if the mechanics of a battling RPG could be retained without the tiresome type-matching structure?  In saunters Bravery Network Online, trying to take a swing at exactly that.  Borne from the desire to play a battle RPG without the necessity of tedious memorization, BNO wants the sub-genre to take a new turn. 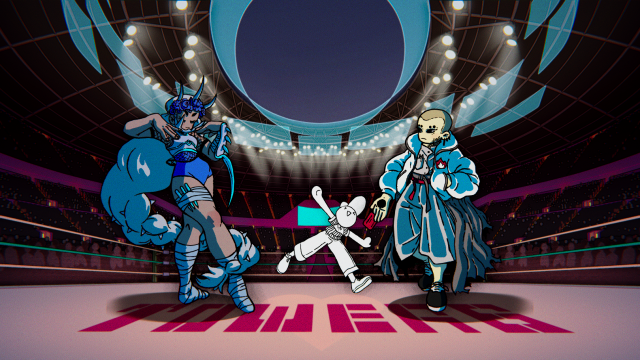 Instead of a long chart of types to cross check, BNO uses just three stats — physical, digital, and emotional — to determine a character’s strengths and weaknesses.  Each character has an attack and defence stat in each, so unlike rock-paper-scissors systems, characters can match up in more than one way.  Whether the characters wield physical weapons, damaging code, or cutting words, each will be able to attack their foes for the knockout blow.

For the demo, the main character Seyla had three potential characters to add to their team.  The first is Wendel, a jerk to everyone, all the time.  The second is Grace, a serious fighter who previously dated Seyla’s brother.  Lastly, there’s Volane, a strange young man who punches first and asks questions later.  Thinking about how to create team balance, my version of Seyla elected to reach out to Grace.  Her fighting style focuses a lot on darting in, doing damage, then ducking back out; when Grace enters the battle she takes a free swipe at the opponent for a small amount of damage; paired with her ability to strike then retreating to let another ally onto the battlefield, she can retreat from damage aimed at her physical weakness by swapping with someone who has high defence.

The story of BNO is set up like a Saturday morning cartoon, where each mini-story is an episode of a larger show.  Decisions made in each episode will lead players down a different story path, and a typical thorough playthrough will take about eight to ten hours.  Each episode is intended to take about two hours to finish, and at least three episodes are planned for launch. 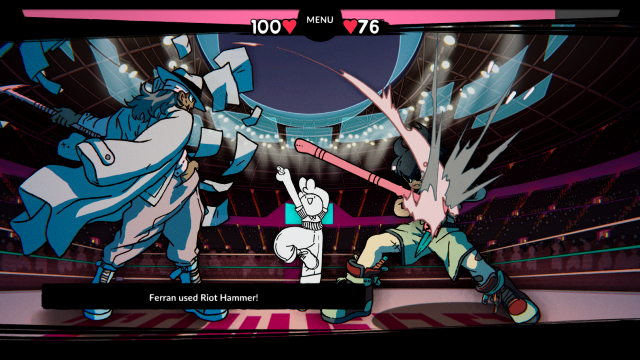 The devleopers have set out to create a game akin to competitive Pokémon battles without the impenetrable barrier to entry, and Bravery Network Online is shaping up to be an fascinating and accessible take on the genre.  With the team aiming for a Q1 2020 release on PC and Mac via Steam, players looking to dive in as soon as possible can wishlist the game now.