Atlus and Vanillaware have released new information and media for 13 Sentinels: Aegis Rim. The new details and screenshots cover some of the additional characters connected to the thirteen protagonists, as well as the game’s mecha-based combat system. Meanwhile, a new Japanese trailer shows a mixture of the game’s combat, adventure, and archive elements.

Tsukasa Okino is a prodigy with a high IQ and created technology used by the Sentinels that the protagonist pilot in combat. He has dressed up as a girl called Kiriko Douji, confessing to Nenji Ogata and causing Takatoshi Hijiyama to act out against Ninji through jealously. Meanwhile, Chihiro is a young girl who is usually found with Renya Gouto. She has been supposedly implanted with the memories and personality of someone else. 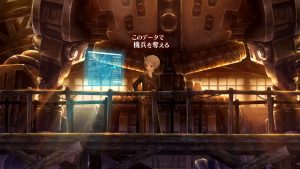 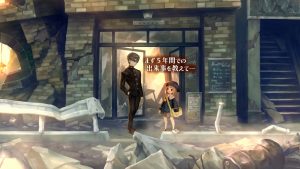 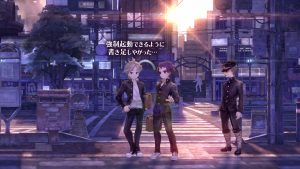 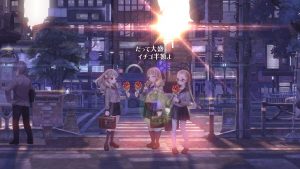 Kyuuta Shiba is the childhood friend of Juurou Kurabe, and the two would regularly watch sci-fi and tokusatsu movies together. However, Kyuuta is shown to have a mysterious power to erase memories. Finally, Miwako Sawatari is a friend of both Iori Fuyusaka and Tomi Kisaragi. She enjoys eating sweets and is a fan of Shuu Amiguchi.

Combat in 13 Sentinels: Aegis Rim sees players attempting to defend their base from large attacking monsters. Players can select a sortie team of up to six members, ideally basing their selection on the type of monsters that are attacking, while the other character focus on the defending the terminal. The monsters will attempt to attack the central terminal, and the operation fails in the terminal is destroyed, with the terminal HP determined by the members of the defense team. Certain event scenes can happen during combat.

Monsters are divided into various types, including ground-based monsters and flying ones, each needing different attack methods to take down. If a party member is defeated by a monster, they will be out of action until their Sentinel can be repaired, during which the pilot needs to disembark the Sentinel at retreat to a safe location. Assuming they destroy all the attackers, players will be given a rank after each battle and potential bonuses. 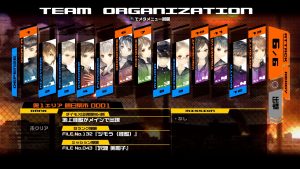 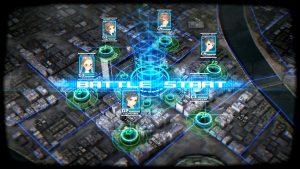 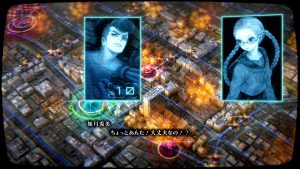 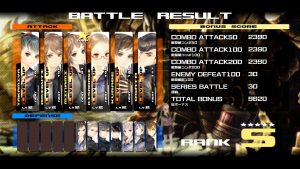 Sentinels are divided into four types: close-range, long-range, flying, and all-purpose. The all-purpose type Sentinel is known as the “Second Generation Sentinel” and its three units (no. 13, no. 14, and no. 15) are piloted by Juurou Kurabe, Ryouko Shinonome, and Iori Fuyusaka. The all-purpose Sentinels are equipped for close to medium range combat and also come with support equipment. More details about the other types will be revealed at a later date.

13 Sentinels: Aegis Rim takes place after a catastrophe hits the planet following the arrival of large meteorite-like objects and features time-travel elements. The game is set to be released for PlayStation 4 in Japan on November 28, 2019.