Around 2:30 this afternoon, Japan Standard Time, I was sitting down in a movie theater with a bottle of artisanal cola I’d found at the import store. This was after twenty-some minutes spent in line to get tickets, but skipping the concessions counter entirely, because I was cutting it pretty close as it was. While the theater was not completely packed, there weren’t many seats left open when the lights dimmed and the opening credits rolled to the familiar strains of an epic overture: 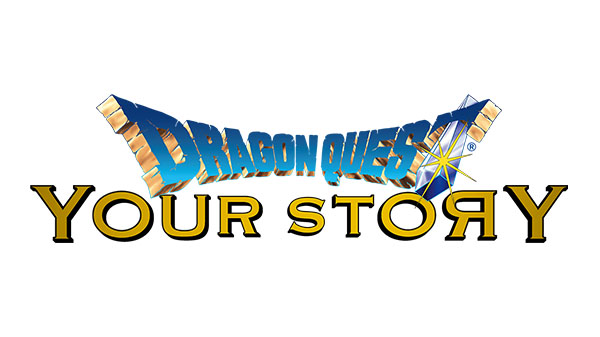 Two hours later, I was walking out of the theater and thinking: Well, that’s a thing that happened, and which could only have happened in Japan.

So, as anyone who is at all interested in this movie should know, Dragon Quest: Your Story is based on the plot of Dragon Quest V: Hand of the Heavenly Bride, for Super Famicom, PlayStation, and Nintendo DS. Fans who’ve played the game once, twice, or exhaustively will certainly appreciate the way that the studio managed to fit enough plot for a twelve-episode animated TV series into a two-hour feature film — and that’s only counting the stuff that was actually shown or alluded to in the film itself, sans all the in-between, interstitial adventures, fetch quests, and secondary villains endemic to the normal Dragon Quest experience.

Amazingly, Dragon Quest: Your Story manages to hit all the proper beats in a narrative that includes generational heroes and not one but two time jumps, of ten and eight years respectively, without ever really slowing down. The entirety of the Children’s Quest segment, from the prologue narration and Ryuka the Hero’s birth to the end of that adventure in the haunted castle, is actually rendered in 16-bit Super Famicom graphics, because why the heck not. It takes about five minutes before the movie even gets to the new computer-generated version of the story.

And the graphics are beautiful. Akira Toriyama’s signature style is preserved perfectly in every little thing that shows up on screen, including a sizable chunk of the original game’s bestiary showing up mostly as background battle fodder or single-scene nods to the source material. Five seconds of Ryuka trying (and failing) to lay a blow on a group of Metal Slimes before getting squished under a King Slime was hardly necessary, but it definitely struck a chord, to judge from the audience laughter — a rare thing to hear in Japanese theaters.

Some of the best graphics were reserved for the primary villain and antagonist Gura / Ladja.  His appearance has been updated to make him one of the most sinister and disturbing beings I’ve ever seen in a CGI film that’s ostensibly for children, or for adults who want to be reminded of their childhood.

The most amazing thing about the movie, however, is that it hangs together as well as it does, despite being one long stream of theoretically connected scenes, exposition, and massive fight sequences. This is one for the fans, but those who are new to the series, or to this particular installment of the series, should have little trouble following along.

That is, up until the last fifteen minutes or so of the film, when the final boss Mirudaas / Nimzo makes his appearance and the entire plot takes a sudden ninety-degree turn perpendicular to what anybody in the theater was expecting. I won’t say any more, only that I wasn’t the only person looking dazed and confused when leaving the room after the closing credits were through.

As I said at the start, this film was a thing that happened, and which could only have happened in Japan. And thank goodness for that.