ToeJam & Earl: Back in the Groove Physical Releases Available Friday

Limited Run Games has announced that physical editions for ToeJam & Earl: Back in the Groove will be available to pre-order on its official website from tomorrow, February 15, 2019. There are two editions, both for PlayStation 4 and Nintendo Switch. The standard edition will be available to pre-order for a 45-day period starting at 10am EST. Meanwhile, the limited Collector’s Editions will be made available in two batches at 10am EST and 6pm EST. The Collector’s Edition includes the following: 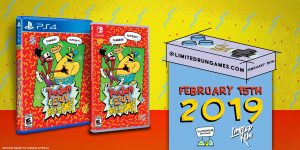 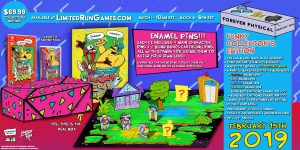 ToeJam & Earl: Back in the Groove is a revival of the action roguelike series and is developed by HumaNature Studios, which was founded by series creator Greg Johnson. The game is set to be released digitally on March 1, 2019, for PC, Mac, Linux, PlayStation 4, Xbox One, and Nintendo Switch.