Nippon Ichi Software has announced a new action RPG, Lapis Re Abyss. The game is being developed for PlayStation 4 and Nintendo Switch and is set to be released in Japan on November 29, 2018.

Lapis Re Abyss will feature a mission-based structure and a selection of eight playable characters. Up to four characters can be taken on a mission at once, forming a party using a dango system where they are stacked on top of each other. 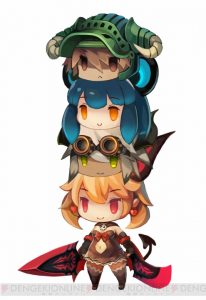