Bandai Namco has announced a new Digimon RPG, Digimon Survive. As its title suggests, the game is a survival RPG and incorporates a mixture of visual novel, strategy RPG, and adventure and monster-raising elements, with a couple of scans from the V-Jump magazine it was announced in viewable below.

Digimon Survive stars Takuya Momotsuka, a middle-school student who gets lost in the digital world. He meets and partners up with Agumon as he looks to find his way back home. The game features various choices that can affect the story and Digimon evolutions, with various key points and hints to be discovered while exploring the game’s world.

Digimon Survive is being developed for Nintendo Switch and PlayStation 4. The game is planned for release in Japan in 2019, with no news regarding a potential localisation at this time. 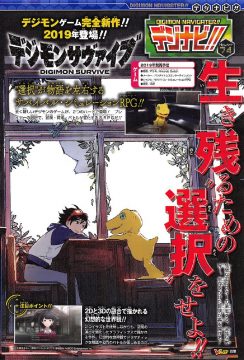 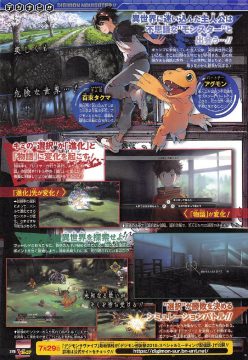