Atlus has revealed some new details — as well as providing new screenshots and artwork — for the new Hero class and various NPCs that appear in its latest Etrian Odyssey title, Etrian Odyssey X. An all-around class adept at attack and defence, the Hero fights with a sword and shield, fighting to the bitter end while assisting party members with various skills. [Update — Atlus also released a trailer focusing on the Hero class, viewable below.] 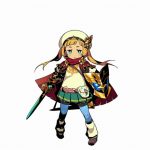 Atlus gave a few examples of the class’ unique skills and aspects. The main one is the passive skill Traces, which has a chance of creating an afterimage of the Hero (a faux sixth party member) after the Hero uses an attack. At the end of the following turn this image will use the same attack the Hero used to create it before disappearing. Other skills include Brave Heart (a Force Burst), which increases the appearance rate and attack power of afterimages; Mirage Edge (a Force Break), an attack on all close-range enemies that also restores the HP of all allies, potentially beyond their maximum value; Mirage Sword, a cut attack on a distant enemy with a high change of creating an afterimage; and Regiment Rave, a close-range cut and fire attack at the end of the turn that deals damage based on how much was inflicted by the rest of the party in that turn.

The company also detailed six NPCs, out of over twenty in total, appearing in the game. The first two are Marco and Oliver, who formed an adventurer guild together. The two have different personalities, Marco being cautious and thoughtful, with Oliver being more lively. Rob and Charis are another pair of adventurers. Rob speaks few words but seems to worry about Charis, a cheerful tank. The penultimate new character in this update, Leo, is an adventurer who is fairly gloomy and generally works alone, with the reason seemingly buried in his past. Finally, Birgitta is a novice adventurer who asks for the player’s help when she gets into difficulty while searching for herbs. 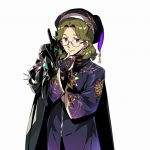 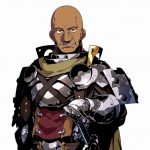 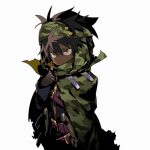 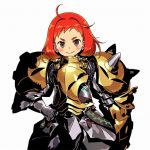 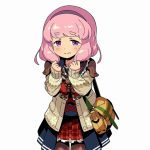 Etrian Odyssey X is the sixth mainline game and will be the final title in the series for Nintendo 3DS, and looks to implement various systems and utilise many different classes from throughout the series’ history. The game will be released in Japan on August 2, 2018, with no news regarding a localisation at this stage.