School is Out, Time to Fight!

Playing The Legend of Heroes: Trails of Cold Steel II on PlayStation 4 after beginning the journey on the PlayStation Vita is a mouth-watering treat. The game looked good on the Vita, but playing it in high definition is a different experience. Many of the awkward slowdowns are gone, and the details on the characters’ outfits and spells are flashier. It expands nicely on its intricately built world and character-focused story, with combat that caters to both those who want to sit back and enjoy the story without much difficulty and those who like to strategize. With Trails of Cold Steel III arriving in North America and Europe, it’s the perfect time to jump into the saga of Erebonia.

Beginning immediately after the events of the first game, the main protagonist Rean is alone, outside his hometown of Ymir. Our fallen hero finds succor in his family and friends but soon goes on a quest to reunite the members of Class VII. The game takes its time getting this done, and this is where caring about the characters and understanding their individual plights from the previous game come in handy. Patience is needed with Cold Steel II. It takes more than thirty hours for the story to pick up, but the reward of reuniting with your favorite classmates is worth it. It’s hard not to feel a tug of the heartstrings. Cold Steel II treads familiar ground and, though many of these places have been changed due to the war that broke out in the first game, the whimsical nature of revisiting these places in Erebonia begins to wear off eventually. 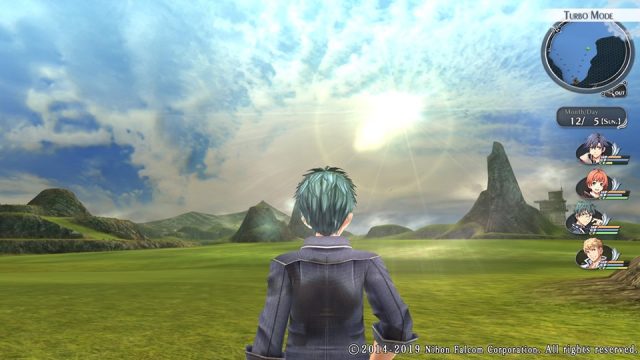 Trails of Cold Steel II look gorgeous on the PlayStation 4.

The story often resembles a thick, overwritten fantasy novel. The beginning and middle require patience as players spend a lot of time hearing about conflicts going on and seeing the many threads that weave the tapestry of this narrative link to one another. But that patience is greatly rewarded with an explosive and emotional story later on. It’s near the end of the story that all the smaller personal narratives begin to resonate, and even the hardest of hearts will have a hard time not getting at least a little choked up. Many of the characters go through a lot of growth — even the minor ones.

Because the Trails of Cold Steel series is plot-heavy, it’s hard to talk about it in greater detail without ruining it. The first game ended on an enormous cliffhanger, and while Cold Steel II still shakes things up for its finale, it at least gives players more explanation after the shockwaves, including a meaty epilogue that shouldn’t be ignored and helps lead into the next title. The story continues to grow more complex and gets in danger of becoming convoluted, but smart writing keeps it from becoming too ridiculous.

While there are many cutscenes, players will also spend a decent amount of time in combat as well. This is especially true for the latter half of the game when the dungeons become lengthier and more intricate. Luckily, the turn-based combat is satisfying, but as the remaster gives players all the items from the DLC and it thus becomes a trivial matter of using powerful S-Break attacks and using OP healing items, rinse and repeat. The problem with the remaster is that it gives players all the items from the DLC, and thus, the game becomes a broken mess of spamming powerful S-Break attacks and using OP healing items to rinse and repeat. While it’s entirely optional to use them, and putting up the difficulty mitigates their effects, their presence offers a too-easy out when things get complicated. Without using overpowered items, combat demands focus on unbalancing enemies, using and preventing status effects, and keeping on top of the party formation for boss fights. Bosses understandably have no problem stepping through strong frontline and support formations and sending them across the battlefield. Unfortunately, some fights are dragged down by enemies aggressively healing. In some encounters, it’s not unusual to see frustratingly large heals, and players will simply need to grit their teeth and bear it. 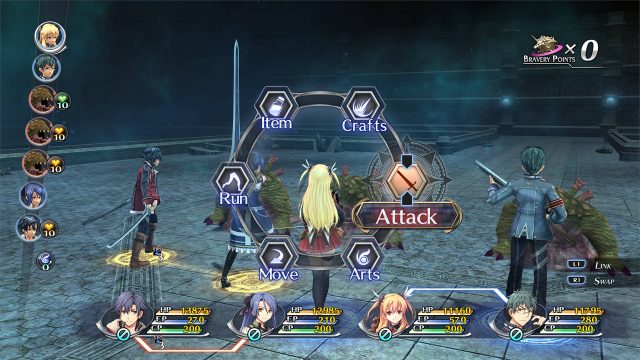 Combat in Trails of Cold Steel II is flexible. Both beginners and veteran RPGamers will enjoy it.

Cold Steel II offers a big ensemble cast to choose from, making strategizing and changing out characters fun. The game makes sure players aren’t simply using only a small selection as story reasons will require players to use certain characters for particular sections. They’re infrequent enough that they never outstay their welcome and are woven into the story naturally. Combat in the mech is pretty fast and balances well between being too easy and just challenging enough.

Trails of Cold Steel II’s combat system can look intimidating at first, especially as the difficulty level goes up with each chapter and the boss fights become more challenging. But the series is very forgiving. Losing a battle gives players the option to retry the fight, or retry with weakened enemies. Players flick through a command wheel which gives the options to attack, use magic, Crafts, and S-Breaks, while also considering the strategy of timing S-Links and the Overdrive feature. Quartz also plays an important role, giving characters a loadout of skills and bonuses. Mastery of all of this isn’t necessary to win, however. These battle options are like shovels, pails, and other toys in a wide sandbox ready for the player to decide which toys suit the objectives best.

What are most impressive for the PlayStation 4 version of Cold Steel II are the graphical upgrades to 4K display and 60 FPS, as well as the significant expansion of the English voice acting. Attacks look more fluid with the added frames and are shinier and burst with color. It never gets old seeing the cast unleash their Craft abilities on enemies. The larger spells found in the latter part of the game are also beautiful to watch. The game’s design overall is crisper. The additional voice acting makes encounters with characters early on in the game much less awkward, and it continues to be good. It delivers the emotional punch that the rest of the game’s delivery does. The music remains strong; combat gets the most impressive and bombastic tracks, with boss fights sounding epic, and mech fights having a neat techno lean to them. 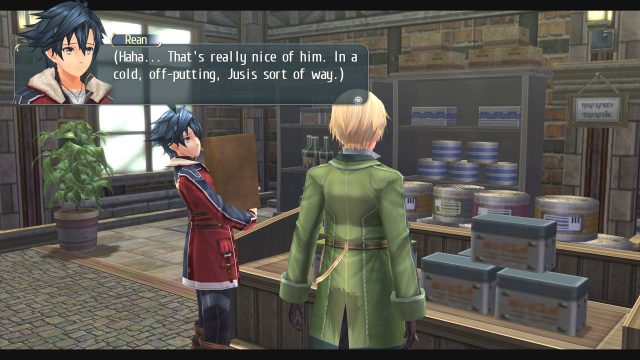 Rean loves to reflect on everything. Expect a lot of inner dialogue.

Trails of Cold Steel II on the PlayStation 4 is definitely recommended for those who haven’t played it, and also works well for those who are looking to get back into the series ahead of Trails of Cold Steel III. The extra voice acting, the high definition graphics, and the turbo speed option make this version much more appealing to replay than the previous ones. Trails of Cold Steel II is an easy recommendation for any JRPG buff, but it’s always worth noting that patience is a virtue with this series. Those who stick with it leave with a feeling of satisfaction and catharsis, but it takes a while to get there.