Nights of Azure 2: Bride of the New Moon Review

Do Not Go Quietly

Although far from perfect, Nights of Azure seemed like it had good potential as a new series for Atelier developer Gust. Unfortunately, those hoping that the sequel would build on it will be disappointed. Though it’s not a bad game, uninspired gameplay and a lacklustre story and setting hold back Nights of Azure 2: Bride of the New Moon from ever being close to great.

Nights of Azure 2 takes place many years after the first game and stars Aluche. An agent for the religious organisation Curia, she is tasked with guarding her childhood friend Liliana on her journey to be offered as a sacrifice to the demonic Moon Queen and nebulously delay the end of humanity. However, shortly after the pair meet Ruenheid — another childhood friend who has joined the opposing Lourdes Order — the Moon Queen intervenes and kills Aluche. As this is still the first hour of the game, Aluche is brought back to life by the researcher Camilla, with the process turning Aluche into a half-demon. Aluche resolves to make use of her new chance and resulting new powers, first by finding Liliana and then by defeating the Moon Queen without having to rely on using a sacrifice, joining forces with various others along the way.

Aluche herself is a strong and very likeable protagonist, overcoming issues with her new state of being by focusing on the task ahead and finding faith and instilling strength in her allies. The relationships she builds up with the rest of the main cast are handled well and easily the best aspect of the narrative, helped by an effective localisation. Unfortunately, these are countered by a weak overall plot. While it picks up a bit once the Moon Queen’s motivations are actually known, it’s not enough and too late to make the story at all memorable. It’s not helped by a criminally underdeveloped setting, giving no inkling of anything going on outside of the hotel that is the base of operation, while the locations are all uninteresting, with no reason for their existence other than a convoluted establishment of it being the next location. 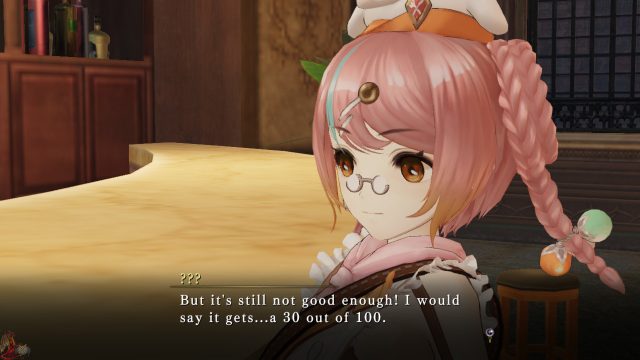 Sometimes the game does it for you.

One of the issues Aluche has to deal with from her new half-demon body is a restriction on her energy. In gameplay terms this comes as a time-limit for each day’s dungeon run, starting at ten minutes, though approaching twenty by the end thanks to level-ups and unlockable skills. This combines with an overall race against the clock: Aluche cannot let the blue-hued moon become new, and after each day the moon wanes just a bit more. Thankfully, it is reset after Aluche defeats each of the seven chapters’ bosses. Though time-limits have a varied history, the implementation in Nights of Azures 2 works well in providing a good pick-up-and-play structure where players can plan some defined sessions.

In terms of strict linear advancing, the time-limits won’t be a problem, but for those looking to do the side content — necessary to alter the ending — this might prevent them from getting through everything. It is therefore in such players’ interest to not defeat the boss at the first opportunity (the game makes it very obvious when a boss fight is about to happen), and instead to wait as long as possible. The main thing, at least in changing the ending and seeing the more enjoyable narrative aspects, is to raise Aluche’s affinity with her companions — known as Lilies — by fighting with them and by completing their special quests. All of the quests, however, are very repetitive and simply make players go back to previous areas, killing enemies that they’ve seen many times before and will see again many times after.

The standard action RPG combat system sees Aluche given standard and strong attack buttons to use for combos, along with others to jump, defend, and dodge. She is joined by one Lily and two demons known as Servans. There are various Servans, and they come in two types, one that lets Aluche use a special attack and another that instead transforms into a different weapon for Aluche. The way the game is laid out, with players unable to switch Servans outside of the hotel and only a select few having uses outside of combat, rather discourages players from fully investigating the options, however. Aluche can link up with her Lilies for various special attacks by filling the appropriate meters, and these are very helpful for clearing out groups of enemies or knocking significant chunks of health off bosses.

Enemies can hit hard on the Normal difficulty if players forget to defend or dodge their way around a fight, though players can freely switch to Easy from this and happily button-mash through nearly any fight. There is also a Hard difficulty selectable at the start and a Nightmare difficulty unlocked after the first completion. Allies provide some emergency healing and Aluche can give a bit of healing or other boosts to her allies, but most recovery and buffing is done by collecting items dropped from enemies or glowing barrels. There is a rudimentary accessory system for some passive bonuses for Aluche and her Lilies, a standard passive skill tree for Aluche, and a levelling and reincarnation system for Servans that seems most useful for those undertaking multiple playthroughs. A few of the bosses — most of whom provide zero addition to the plot — do encourage making use of tactics like environmental effects (such as conveniently placed oil barrels), but these cases are rare. The combat and general gameplay certainly isn’t bad, but there’s nothing that makes Nights of Azure 2 very exciting either. 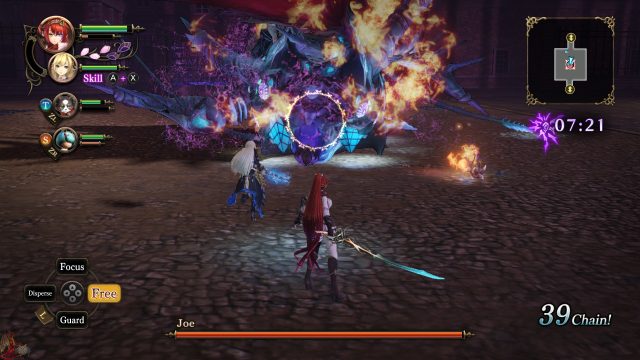 As yes, that most fearsome of demons: “Joe”.

The game looks decent enough, but is somewhat disappointing from a design standpoint. None of the locations are very interesting to behold or explore, most being linear with a few dead ends to check out for chests or potential Servans, and the limited variation between enemies becomes draining quite quickly. Most of the design effort appears to have gone towards outfits, including swimsuits, though practicality and gravity clearly weren’t big concerns (momentum evidently was). A decent soundtrack provides a good audio backdrop, and the Japanese-only voice acting does the job, though it’s not enough to stand out in any meaningful way.

Most players should be done within twenty hours, though even those maximising the time available should take at most around twenty-five hours. A New Game+ lets players keep their relationship values and virtually all other progress, so those desperate to see the full ending complete with epilogues can do so without relying on a perfect playthrough. Technically, the Switch version appears prone to occasional crashes. Unfortunately, there isn’t an auto-save function so players will want to ensure they save at the hotel at every opportunity in order to not lose progress. In terms of general performance the game seems to run fine on both modes. The frame rate drops a touch in handheld mode, but it doesn’t hamper things. The camera can cause some issues when it comes into conflict with the environment; this is most notable on one particular fight in the final chapter where it manages to become more of a hindrance to progress than the actual boss. The odd decision to have B be the confirm button, and A the back button, in menus will also grate on players.

Nights of Azure 2 seems to follow a pattern with Gust in the past couple of years following its takeover from Koei Tecmo. Though the developer’s output has certainly increased, it appears to have come at a cost. This is just the latest in a line of easily forgettable titles that bring some interesting ideas but have not been given enough to use them effectively. 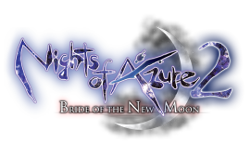